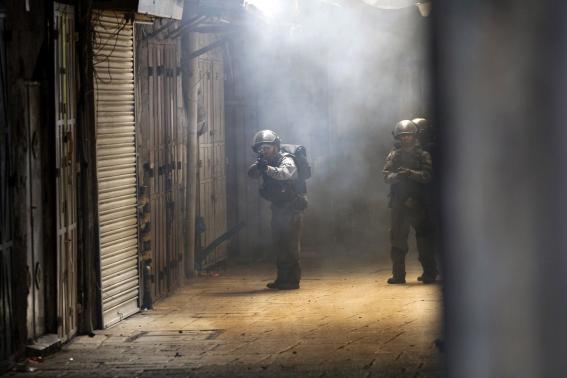 The Israeli human rights group, B’Tselem, has called for an investigation into Tel Aviv’s police conduct in the case of a Palestinian man, who was threatened with arrest while reporting death threats against himself.

Back in March, Imad Abushamsiya, a Palestinian volunteer with B’Tselem, recorded the summary execution of an unarmed Palestinian who had already been wounded by Israeli fire in the occupied West Bank city of al-Khalil, aka Hebron, for an alleged stabbing attack.

Abushamsiya’s footage showed Israeli soldiers and paramedics bustling around Abdel Fattah al-Sharif as he laid motionless on the ground, before Sergeant Elor Azaria shouted “stand back!” and fatally shot the Palestinian victim in the head at close range.

The video sparked widespread international condemnation. The Israeli soldier is also on trial for manslaughter.

Recently, Abushamsiya told The Independent that he had received death threats from Israeli settlers. He said that posters were distributed calling for his death, adding, “I live only 100 meters from the settlers and I am scared for me and my family’s safety.”

Late last month, he decided to lodge a complaint with Israeli police over the threats.

However, after several days of going to the Hebron police station, “When Mr. Abushamsiya tried to explain the matter to him, the officer told him to leave, and even threatened to arrest him if he did not,” B’Tselem said.

Gaby Lasky, the lawyer representing B’Tselem, said the group has sent police a letter on behalf of the Palestinian man demanding that officials launch an investigation into Abushamsiya’s complaint and “properly address the death threats he has received.”

“There is no need to elaborate on the egregious conduct of the police, which has obstinately refused to fulfill its fundamental duty and admit my client’s urgent complaint using a variety of different excuses, and has treated my client with brazen disrespect, seriously violating his dignity,” the letter read.