All newspapers on Sunday covered the general policies outlined by the Leader of the Islamic Revolution Ayatollah Seyyed Ali Khamenei on family foundation and the moves to facilitate marriage.

They also talked about the upcoming arrival of Russian warships in Iranian northern port city of Bandar Anzali, the second part of Iran-Russia defence cooperation after Moscow’s use of Iranian base in Hamadan. 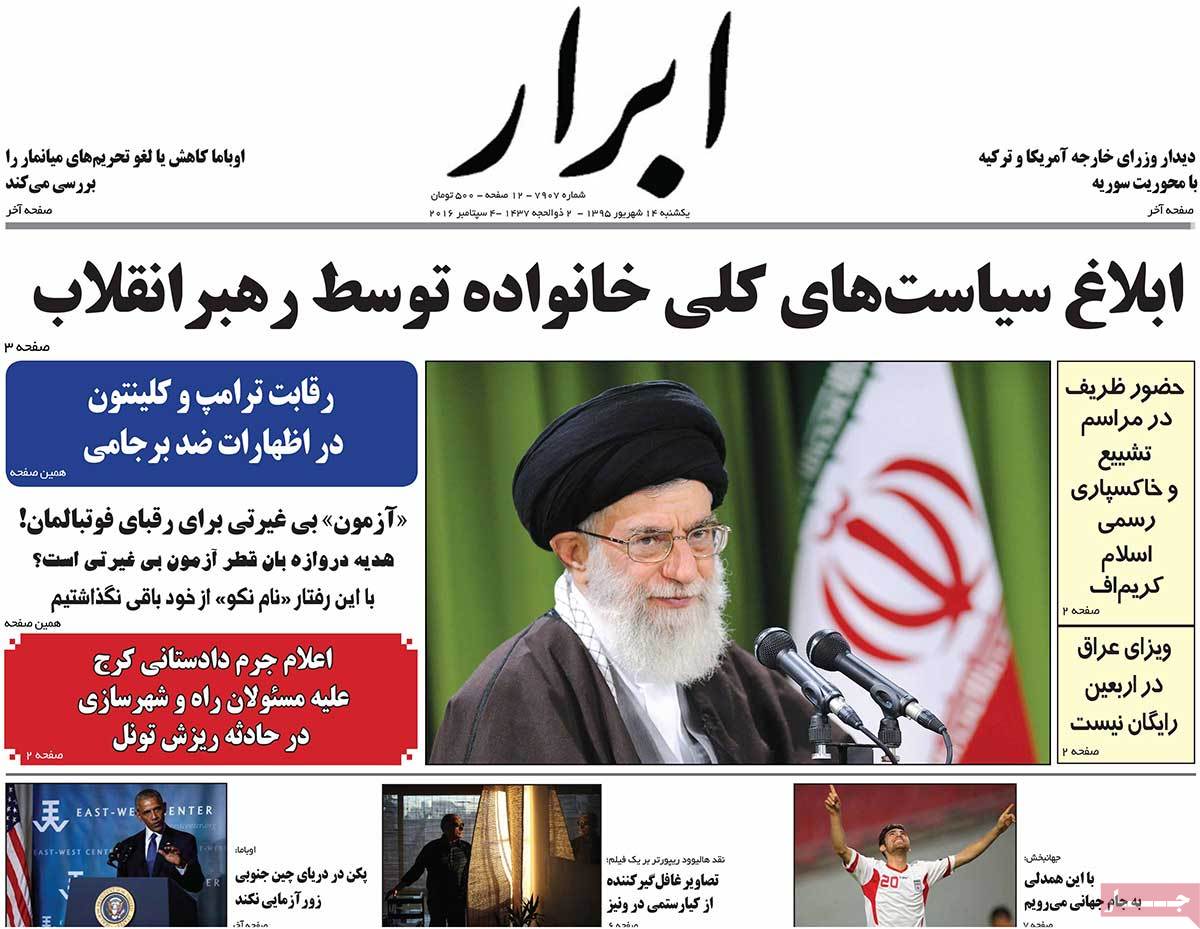 2- 2 Russian Warships to Arrive in Iran 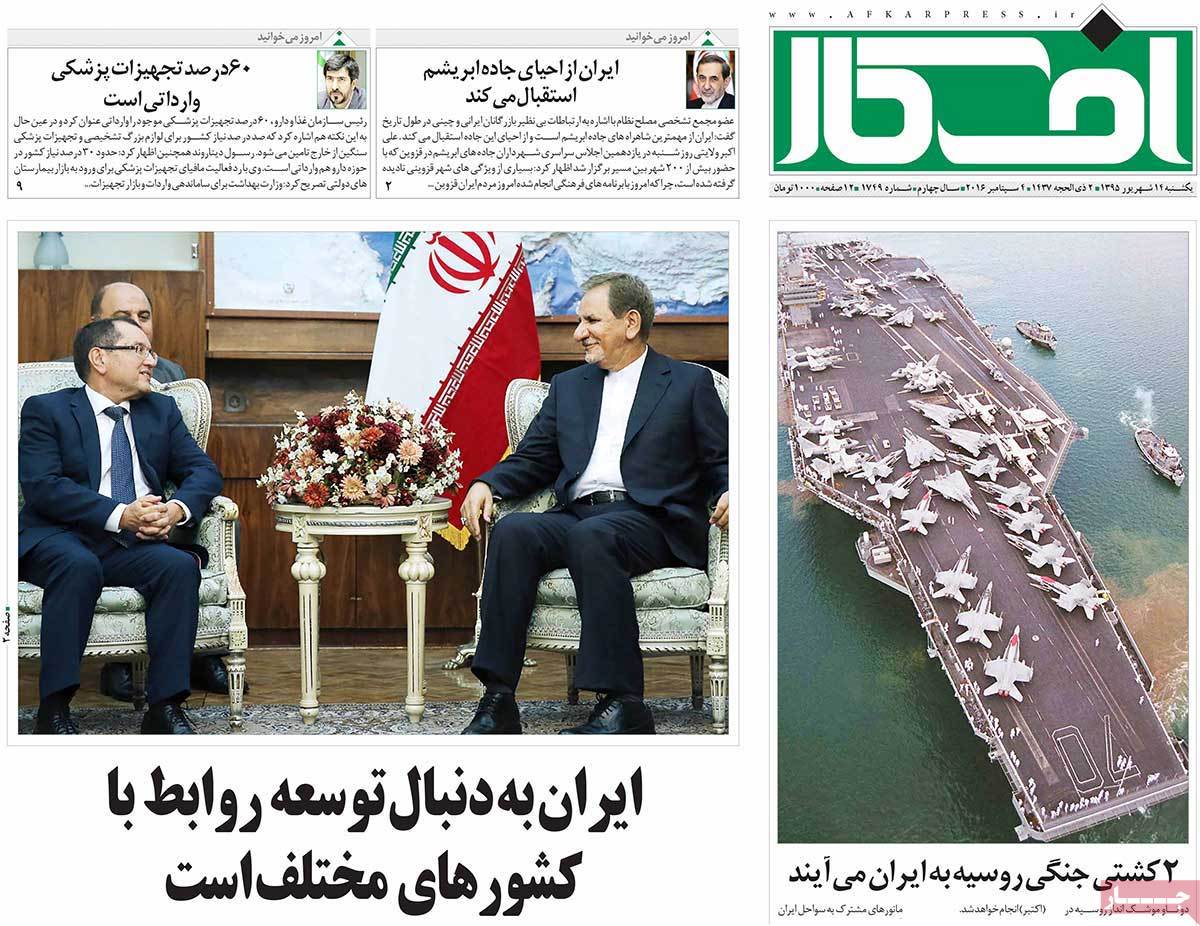 3- Begging for Tourists: Turks Give Flowers to Russian Tourists 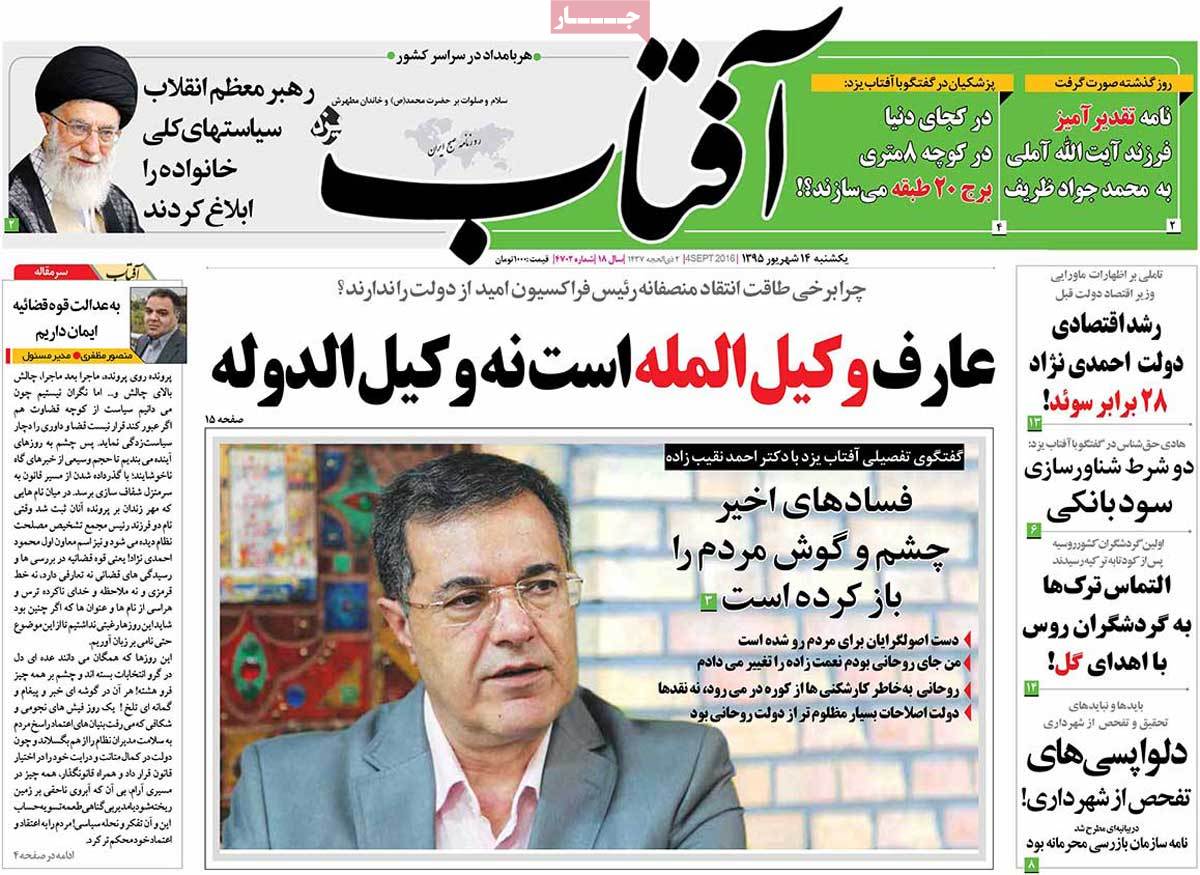 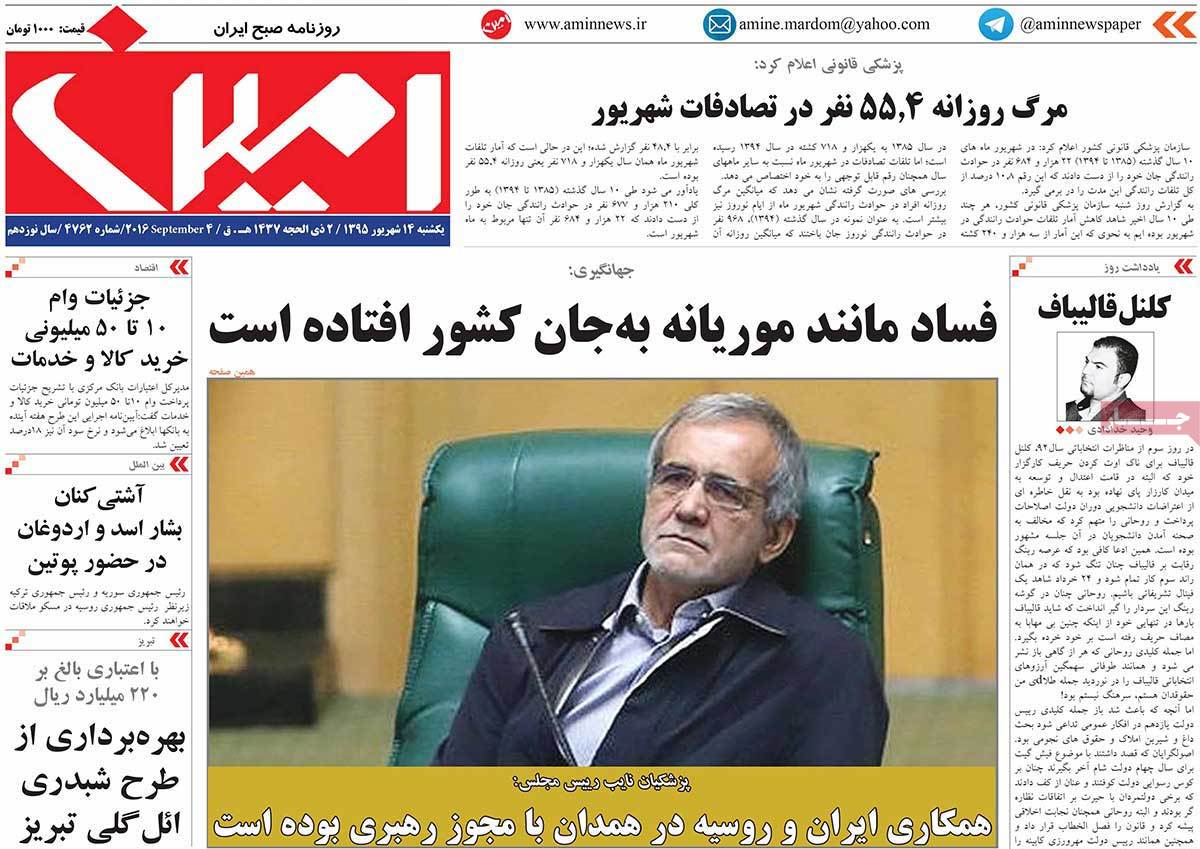 1- Minister Urges Intelligence Services Not to Interfere in Political Fights

2- We Should Not Consider Capitalists as Criminals, nor Should We See Having Wealth as a Sin: Intelligence Minister

3- Imam Khomeini’s Grandson: 50% of Jobs Should Be Assigned to Women

4- Vice-Speaker: Russia Is Looking for Its Own Interests; Russian Warships in Iran’s Anzali Port 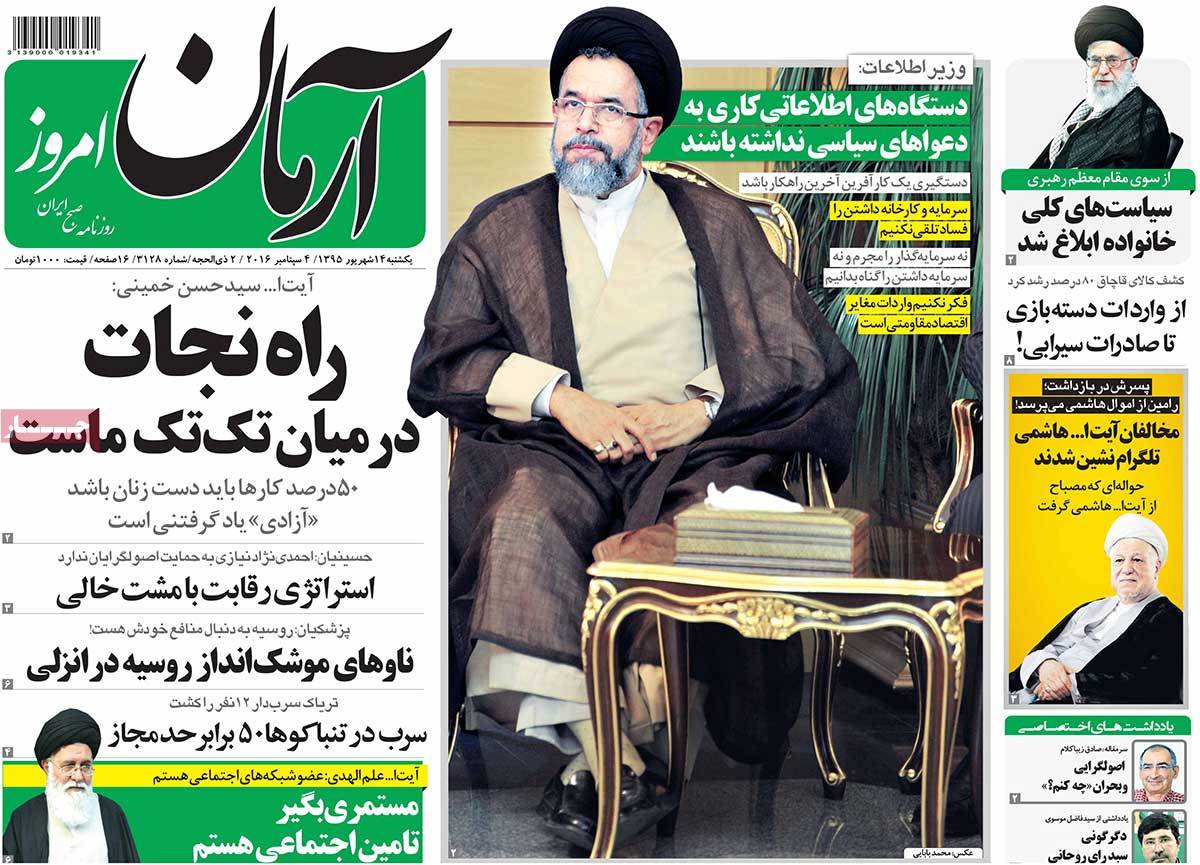 3- Hard-line Friday Prayers Leader of Mashhad Alamolhoda: I Listen to Some Music 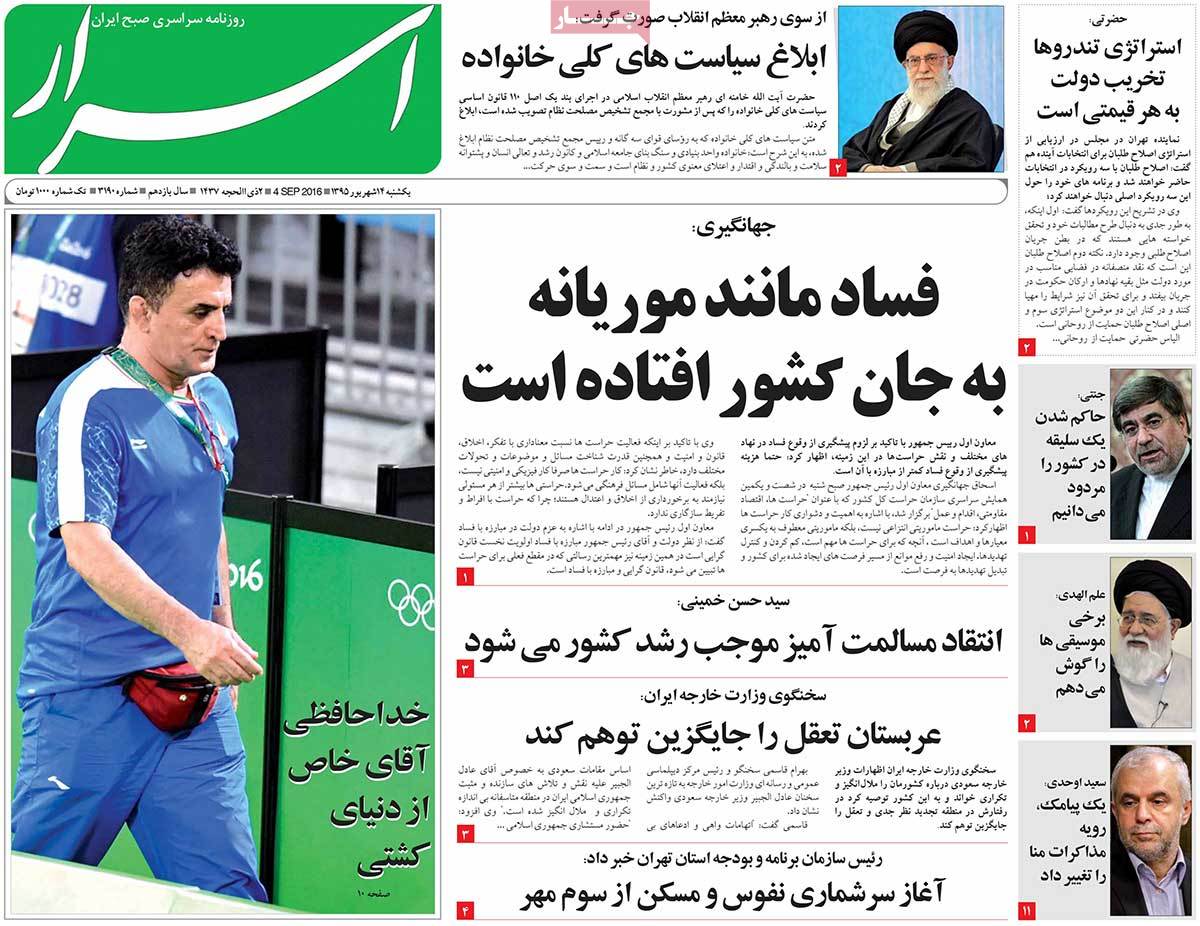 2- Efforts to Decrease Social Ills among Teenagers: Risky Behaviours of Teenagers to Be Protected 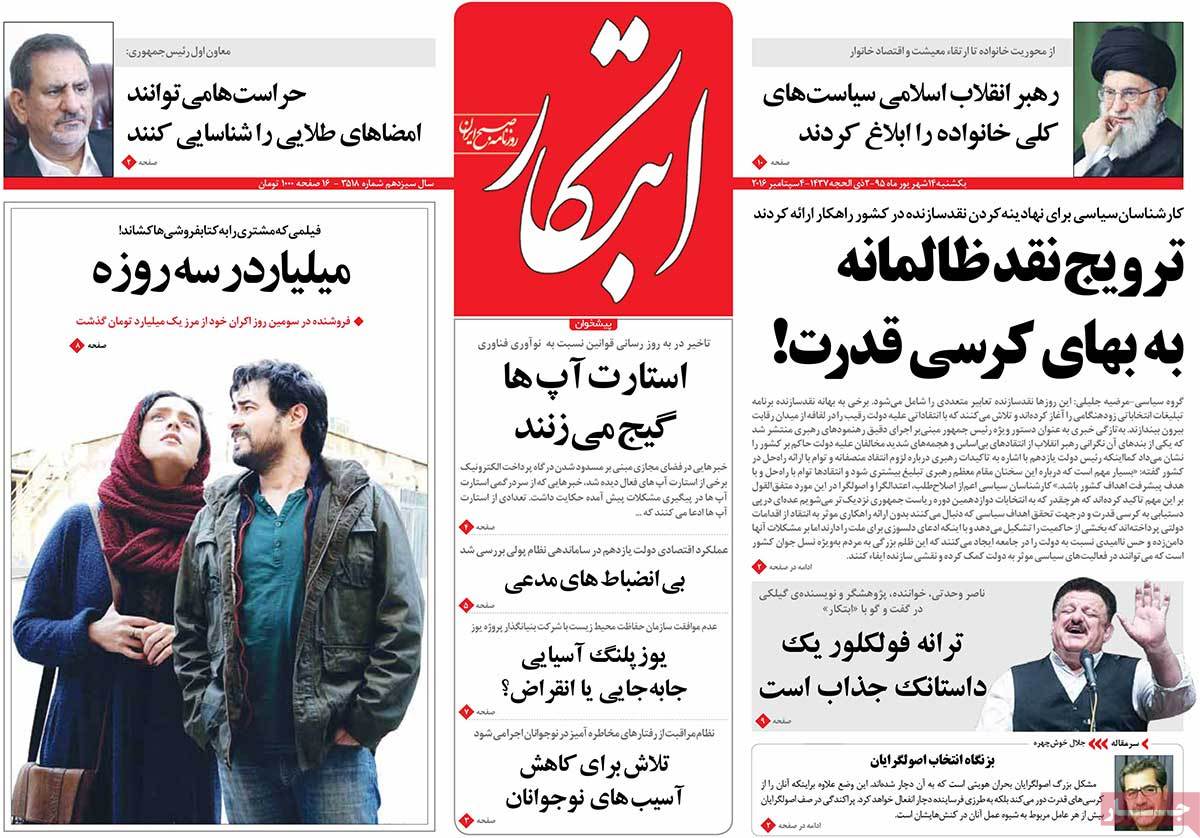 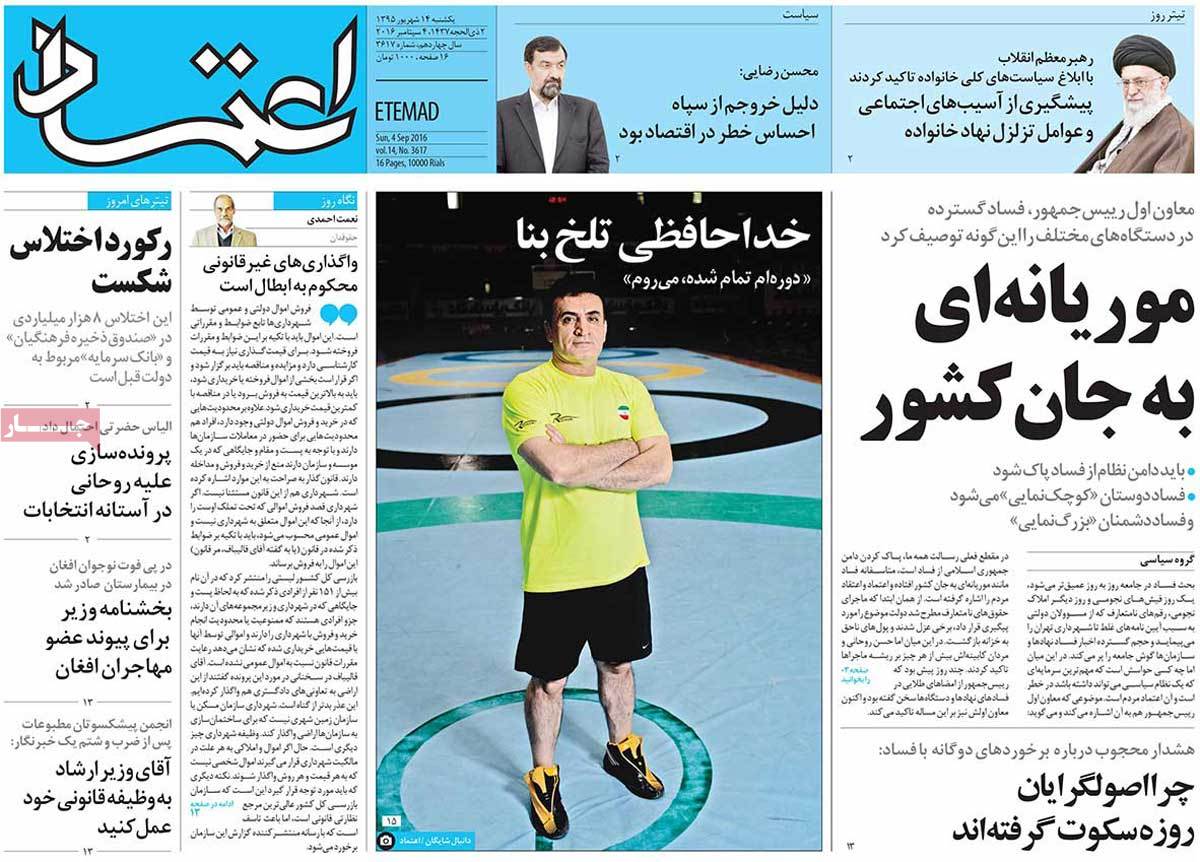 1- Leisure Time Insurance to Be Unveiled in 2 Weeks 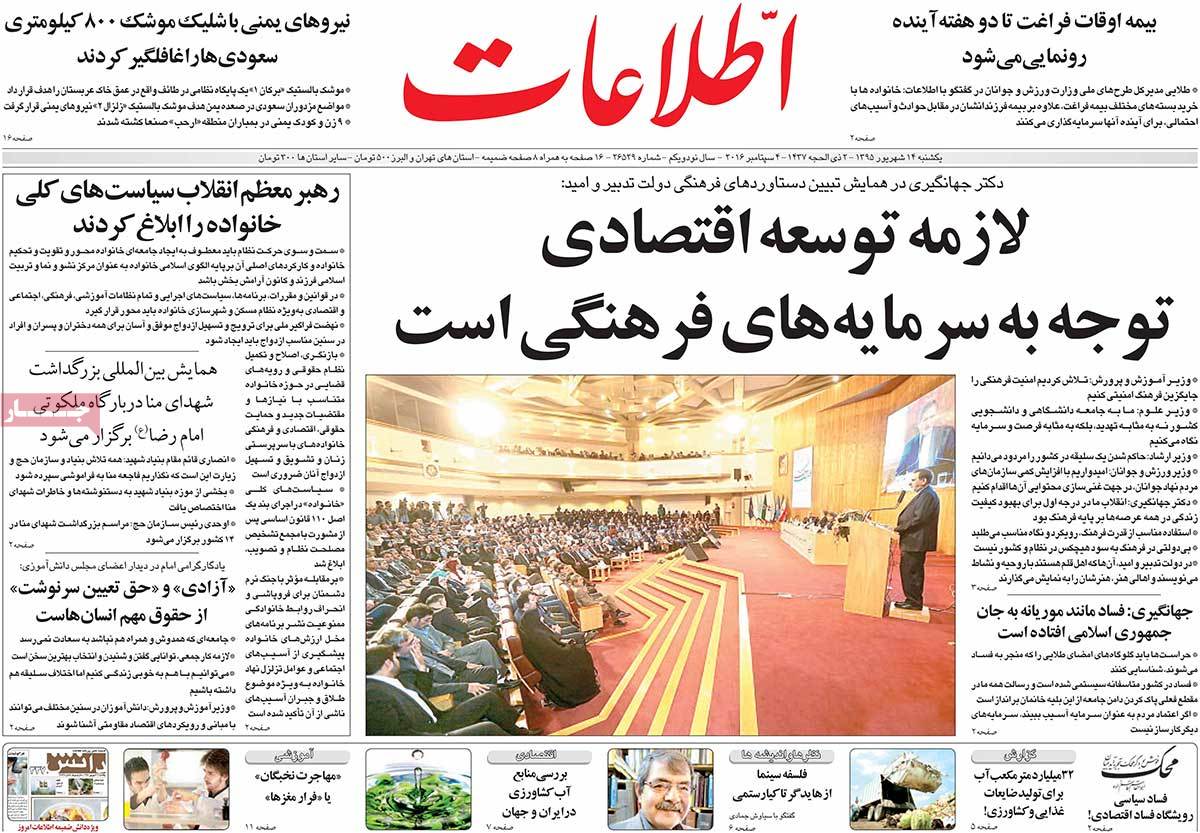 1- We’ve Not Had a Security Crisis in Past 3 Years: Deputy Minister 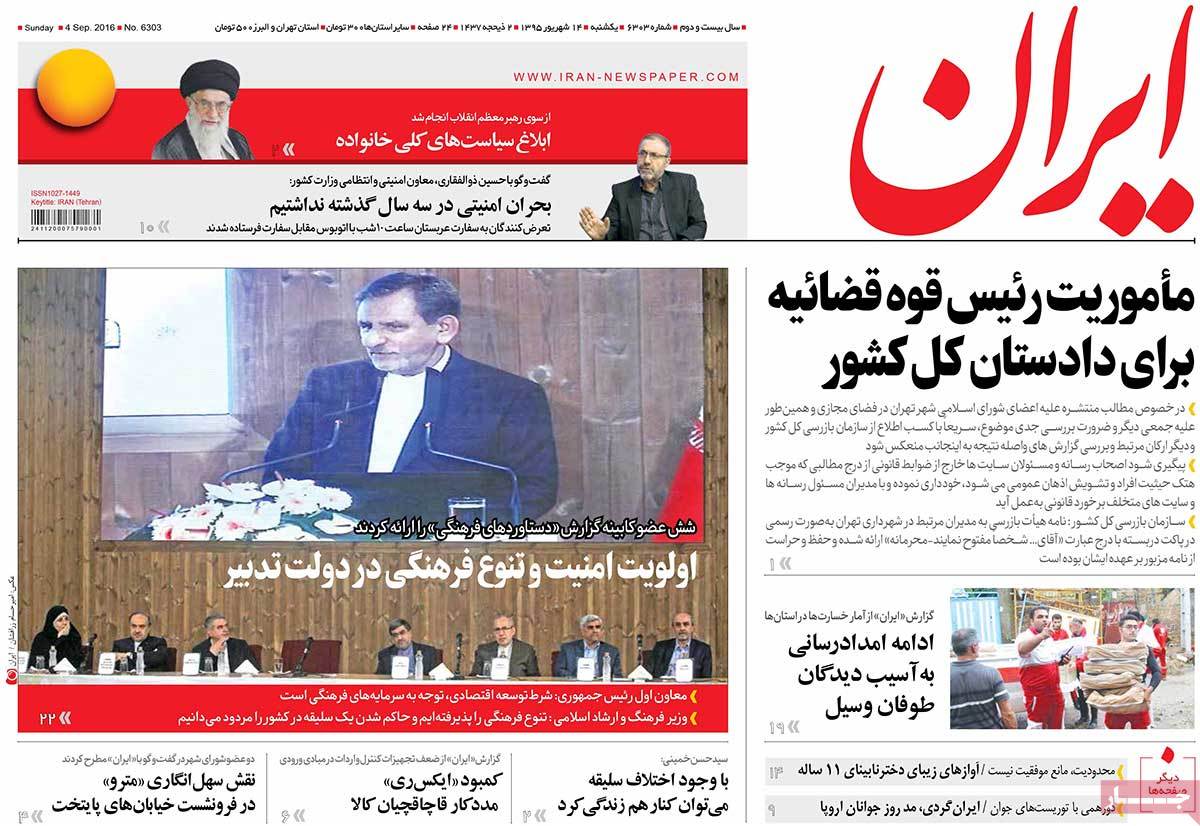 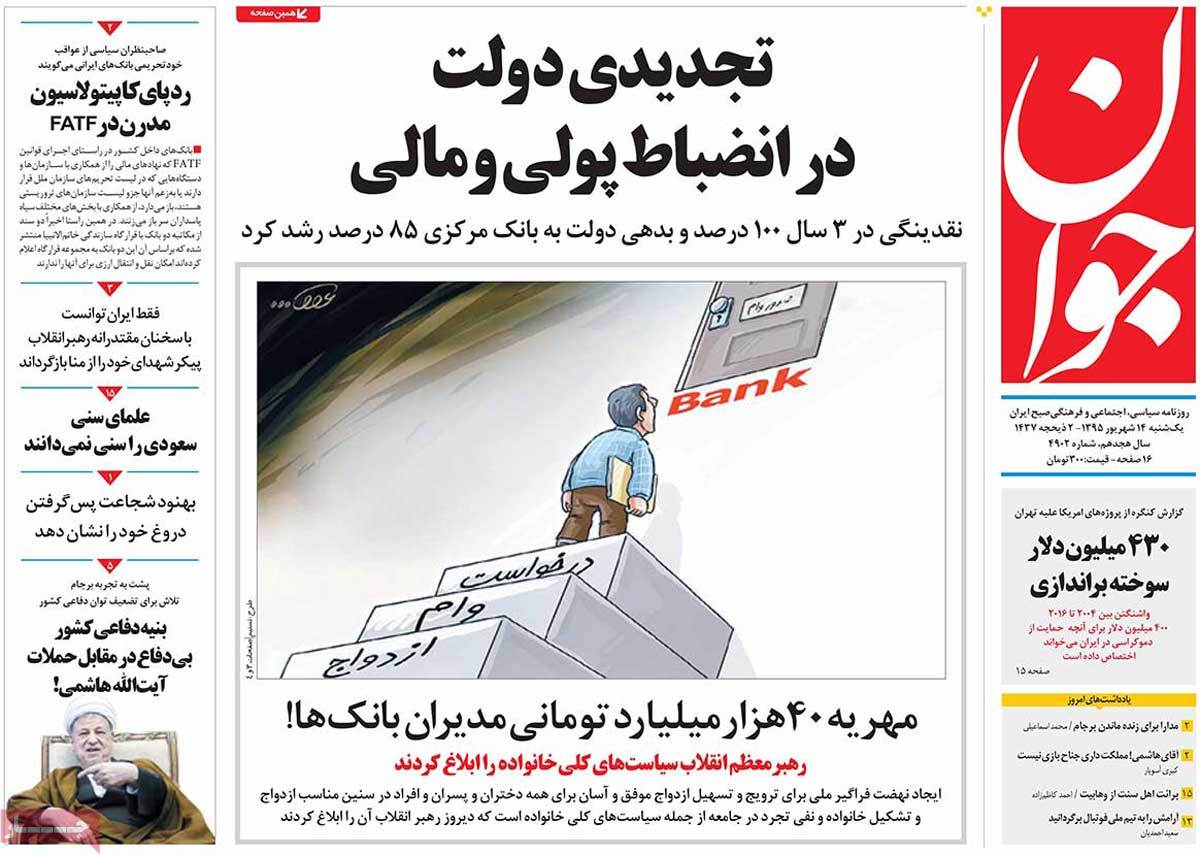 1- Putin Trying to Arrange Meeting between Assad and Erdogan

2- Israeli General: We’re Champions of Occupation in the World 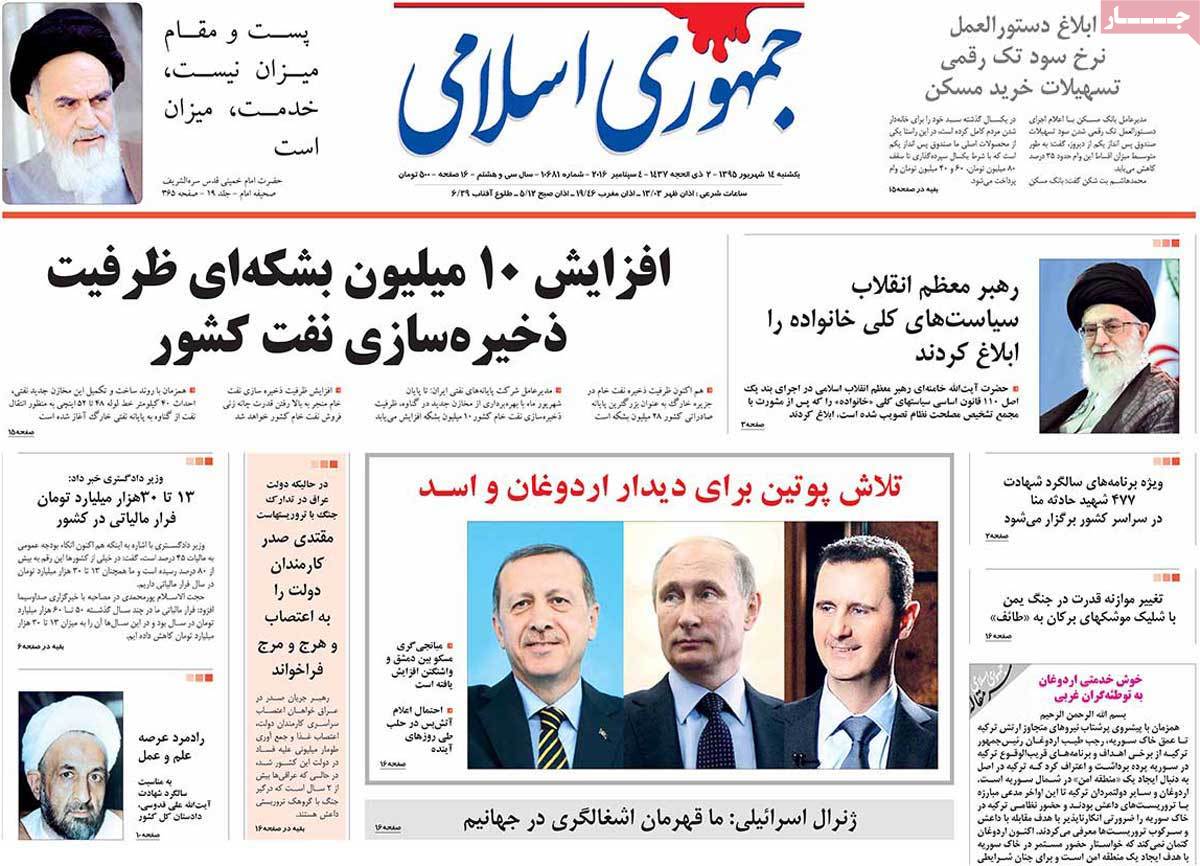 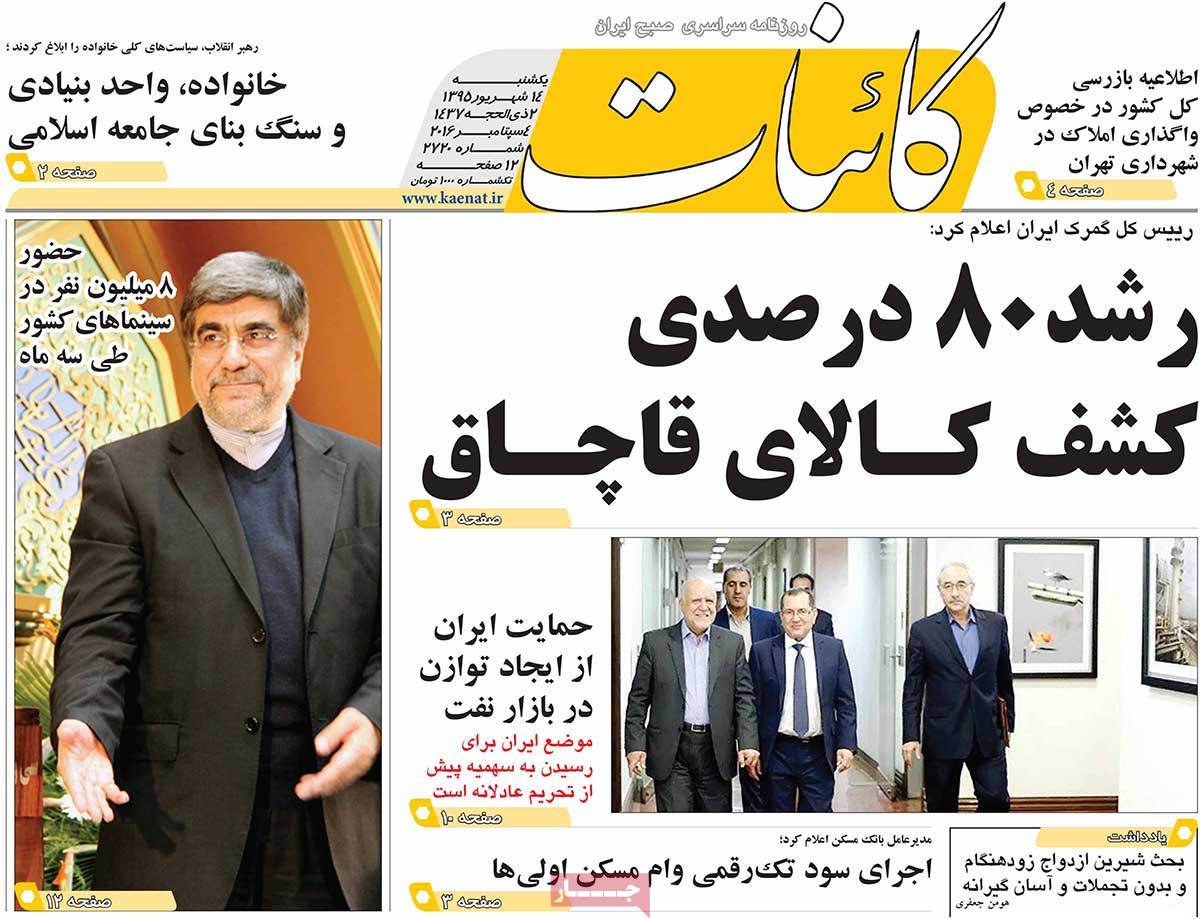 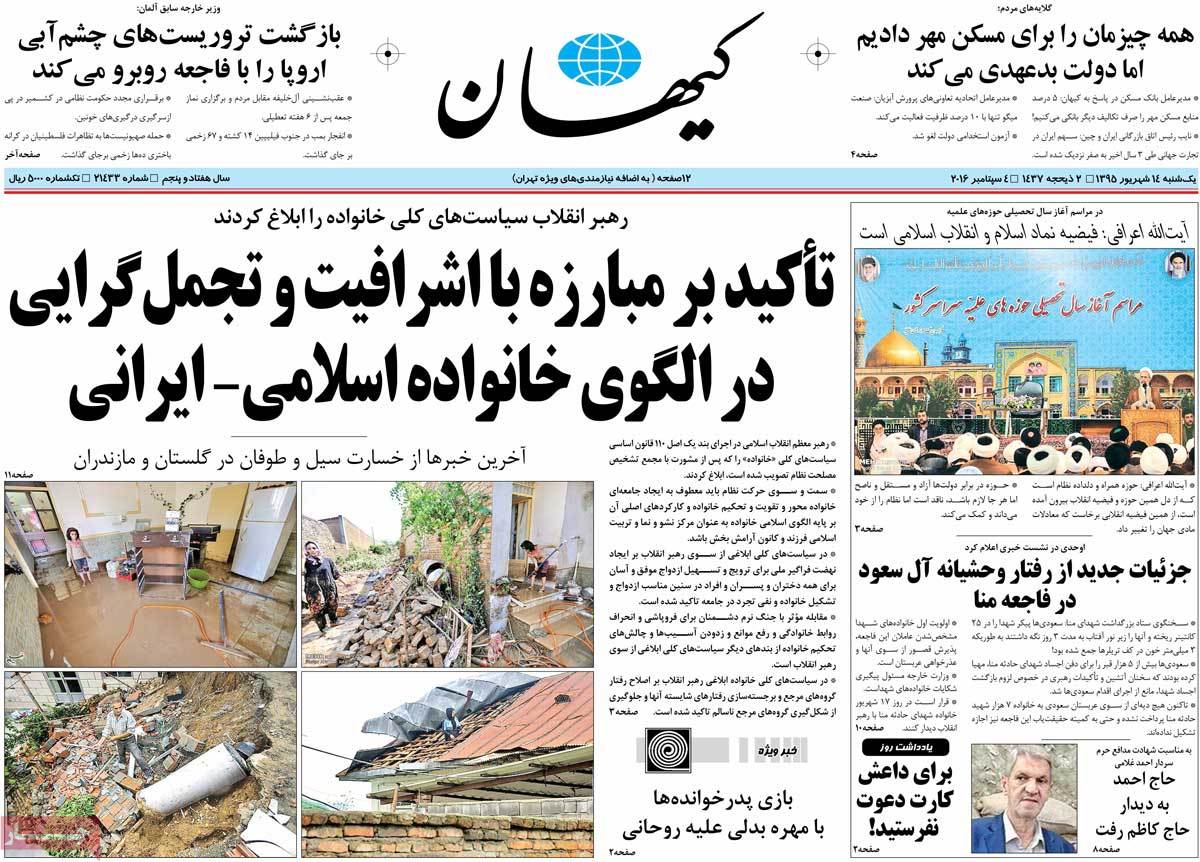 1- Disclosure of Letters Belonging to Two Banks under Sanctions, and Government’s Silence

2- Criticisms Once Again Rise against Cooperation with FATF 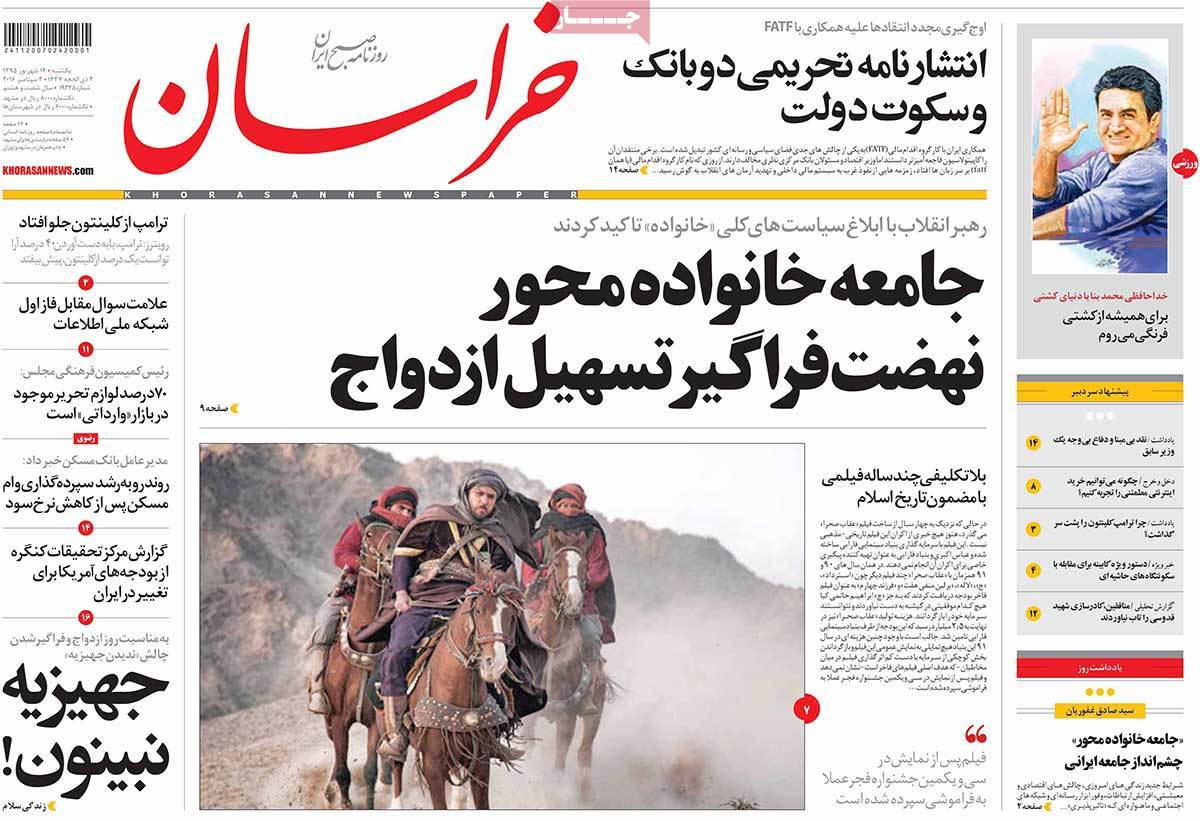 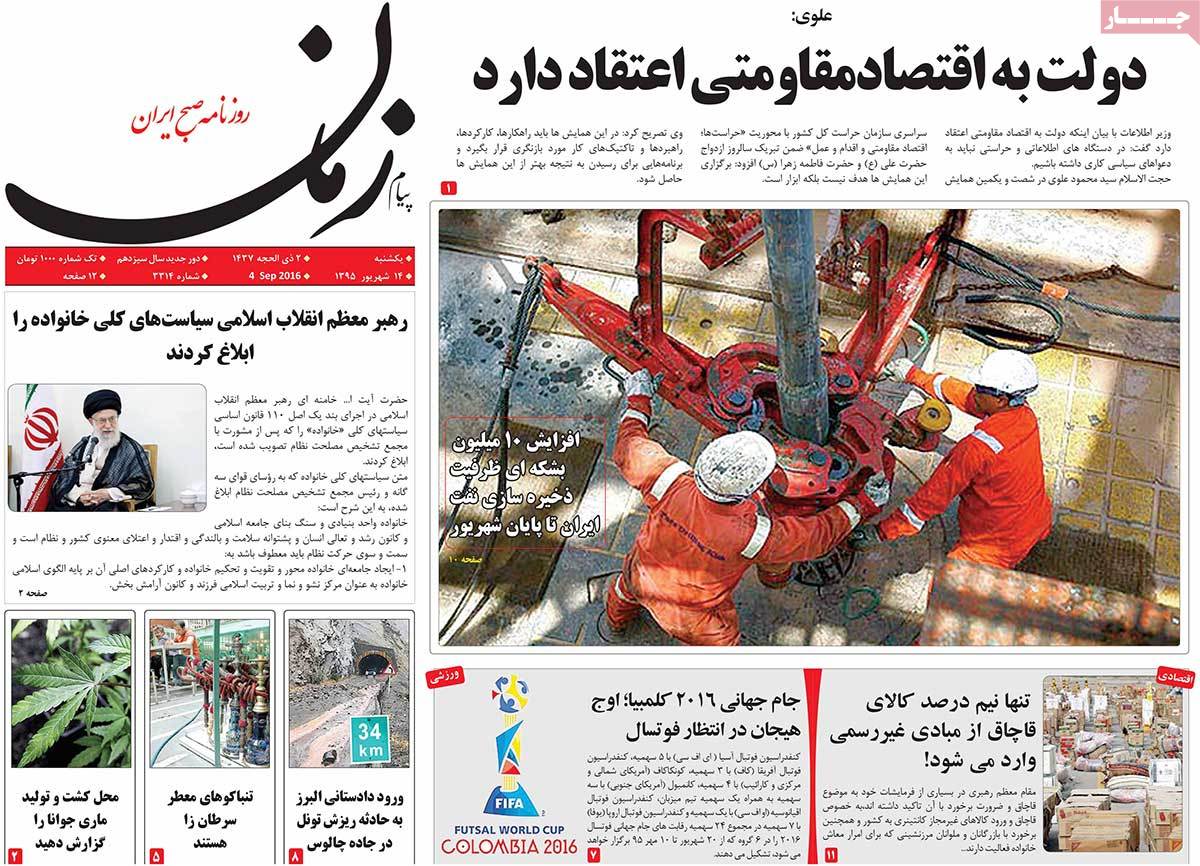 1- We’ve Never Been Optimistic towards the US: Zarif

2- Today, US Is Being as Arrogant as Pharaohs Used to Be: Ayatollah Mesbah Yazdi 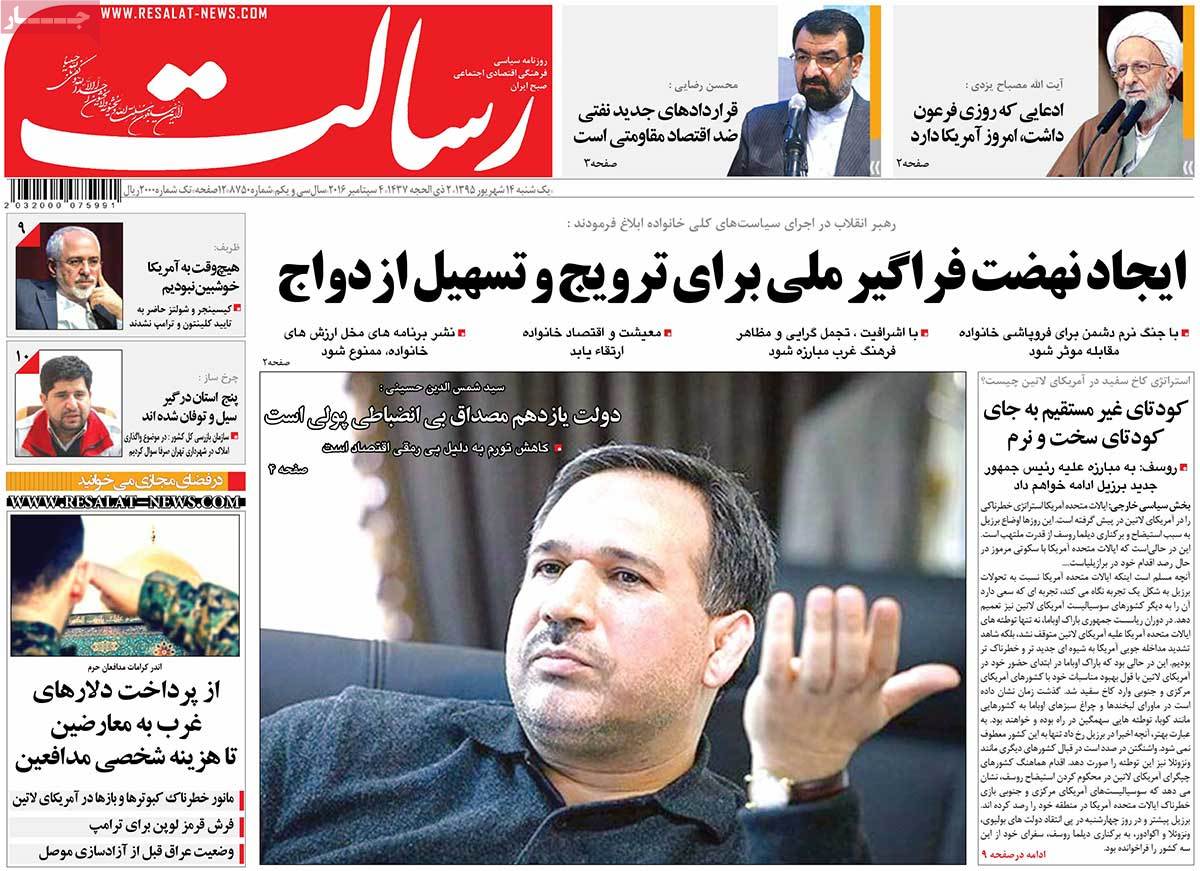