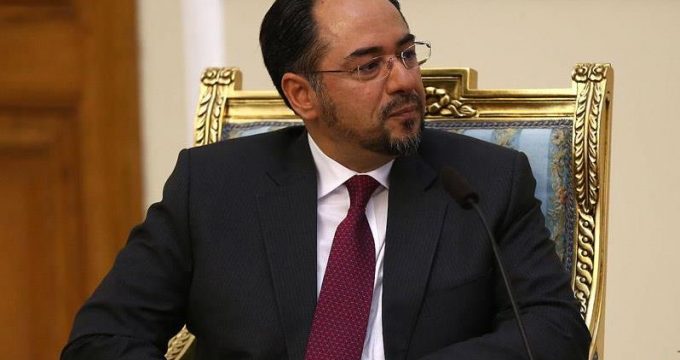 TEHRAN (FNA)- Afghanistan’s visiting Foreign Minister Salahuddin Rabbani in a meeting with his Iranian counterpart Minister Mohammad Javad Zarif extended his country’s most heartfelt thanks and appreciation for the Iranian Supreme Leader’s special aid to the education of the Afghan refugee children.

“As I have declared on numerous occasions during my meetings with senior Afghan officials, we consider progress, stability and security of Afghanistan as our own,” Zarif said during the meeting in Tehran on Monday.

The Iranian foreign minister underlined that Iran deems Afghanistan’s security as very important, and said, “Of course the issue of security is of paramount importance to both nations and the two states are needed to continue their consultations in this regard.”

The Afghan foreign minister, for his part, thanked Iran’s hospitality during the visits of senior Afghan officials, and said, “These visits show the importance that the Islamic Republic of Iran attaches to the Afghan government and nation.”

He also thanked Supreme Leader of the Islamic Revolution Ayatollah Seyed Ali Khamenei for allowing the Afghan children to study in Iran.

Rabbani arrived in Tehran on Sunday to hold talks with senior Iranian officials about ways to improve cooperation between the two nations at different levels.