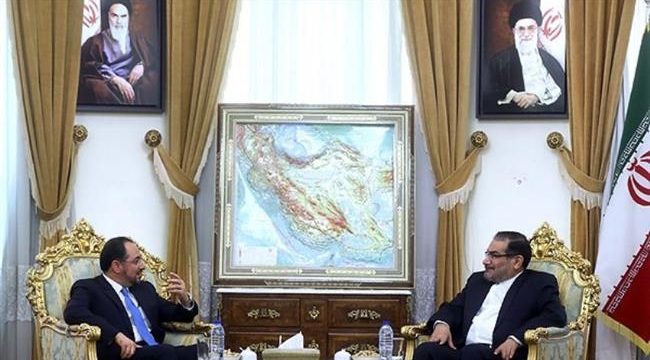 Terrorism must be countered at roots: Iran official

A senior Iranian official has warned of the threat to the security of the region posed by terrorist and Takfiri groups, saying Takfiri terrorism must be countered at its origins.

“The factors and grounds for the creation and spread of terrorist groups such as Daesh-spawning ideologies and [Daesh’s] financial supporters must be countered through the adoption of dynamic approaches at regional and international levels,” Secretary of Iran’s Supreme National Security Council Ali Shamkhani said in a meeting with Afghanistan’s Foreign Minister Salahuddin Rabbani in Tehran on Monday.

Shamkhani said the widespread cultural and historical commonalities between Iran and Afghanistan has created many opportunities and capacities for cooperation which should be tapped into in the interest of economic, cultural and political prosperity.

He added, however, that Takfiri terrorism must not divert the attention of Muslims from the key threats to their community.

“The important and high priority issues of Islamic states such as the threat posed by the Zionist regime and the military and colonial presence of the US [in the region] under the pretext of fighting terrorism are among matters that should not be neglected and overshadowed by the growth of Takfiri groups.”

While many countries shirk their responsibility to carry out their obligation to compensate for the losses inflicted as a result of the military invasion of Afghanistan, “the Islamic Republic has kept up its humanitarian aid for its friend and brother country,” Shamkhani said.

The senior Iranian official further highlighted the importance of combating scourges such as human and narcotics trafficking and the promotion of cooperation with regard to sharing water from river basins at Iran-Afghanistan border areas according to joint interests.

“Economic prosperity in the border regions and the improvement of the livelihood of the deprived people of this region will diminish the grounds for the presence and activity of terrorist groups and promote security and stability for Iran and Afghanistan,” he said.

He said with the contribution of local forces and Afghan police to the fight against terrorism the country’s security situation has considerably improved, adding that although the enemies of Afghanistan seek instability for the country, its government and nation are yearning for sustainable peace and security.

Rabbani arrived in Tehran on Sunday for an official visit to hold talks with senior Iranian officials on issues of common interest. He has previously met with Iranian parliament speaker Ali Larijani and Foreign Minister Mohammad Javad Zarif.