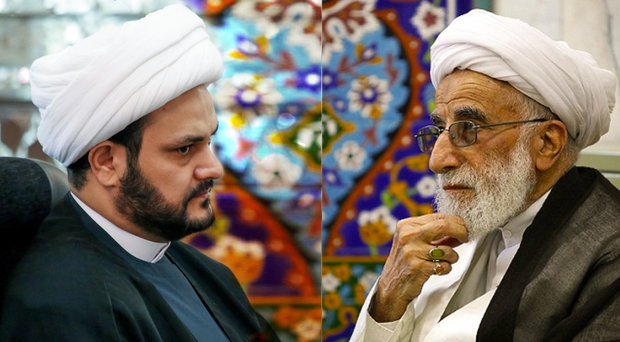 On Sunday August 28, Ayatollah Ahmad Jannati, the Secretary-General of Iran’s Assembly of Experts, made the remarks during a meeting with Sheikh Akram al-Kaabi, leader of Hezbollah Harakat al-Nujaba, a major Iraqi Shia resistance movement fighting the ISIL.

Iranian chairman of the Assembly of Experts Grand Ayatollah Janati stated “the martyrs’ spilled blood protects you as well as that Iran’s Leader, government and nation fully support you.”

Pointing to the imposed Iran-Iraq war, the senior Iranian crelic said “during the war the whole world supported Ba’ath regime to defeat Islamic Revolution of Iran but God aided us against the enemy as He will assist you.”

He underlined victories of Islamic Resistance maintaining “I am delighted to see your high spirit; your soldiers are similar to our Basij (mobilized voluntary forces) and the final victory is yours; albeit, attaining that goal proves to be time consuming for being a divine trial.”

At the end of the meeting, Ayatollah Jannati underlined “we are all soldiers of the Resistance and your brothers as we will spare no effort in your path which is the way of Imam Ali (AS) and Imam Hussain (AS).