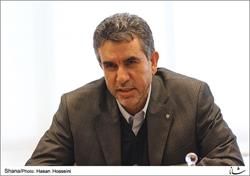 Tehran, Aug 29, IRNA – A senior oil official said that companies from Norway, the Netherlands and Britain have so far voiced interest in conducting research about oil and gas fields situated in the Caspian Sea.

In an exclusive interview with IRNA on Monday, Deputy for the National Iranians Oil Company (NIOC) Gholamreza Manouchehri said a number of European companies were seeking development projects in the Caspian Sea oil field.

He said talks were underway with some companies that have applied for research studies in the area but there are no contracts signed yet.

NIOC is conducting projects to launch oil and gas exploration activities in the Caspian Sea.

It has already offered several investment projects to the world’s giant oil companies.

Due to great depth of the water in the Iranian part of the Caspian Sea which goes even about 1000 feet down, the NIOC has been focusing more on its southern Iran development projects as it lacks necessary equipment to do the job.

The only proven hydrocarbon field in the Caspian Sea Oil and Gas Field, called Sardar-e-Jangal field, has been drilled 2,440 meters, according to the director of exploration at Khazar Exploration and Production Company.

The British Petroleum is currently drilling in the Azerbaijan’s sector of the Caspian Sea.

The official said that more hydrocarbon reserves are likely to be explored in the offshore Sardar-e-Jangal field in northern Iran as liners (16 inches in diameter) have been installed in the second well of the Caspian Sea reservoir.

He said that installing the pipeline in such a depth was difficult in recent years due to the heavy flow of water and the waste of drilling fluid.

Sardar-e-Jangal is estimated to hold two billion barrels of oil in place with a recovery rate of 25 percent.