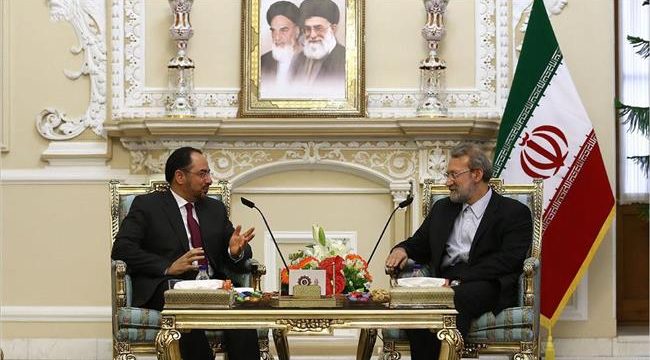 Tehran, Aug 29, IRNA – The Islamic Republic of Iran has been always supportive of Afghan people and government and is going to continue its support, Parliament Speaker Ali Larijani said on Sunday.

He made the remarks in a meeting with Afghanistan’s Foreign Minister Salahuddin Rabbani.

There are good potential for cooperation between Iran and Afghanistan particularly in areas of transportation, energy and infrastructure, Larijani said.

Larijani urged Afghanistan to boost its national unity and called on the Afghan people to maintain their resistance against foreign plots.

He referred to the historical relations between Tehran and Kabul and said that Iranian parliament supports enhancement of parliamentary cooperation with the Afghan parliament.

Afghan people have a great history and civilization but unfortunately foreign interference has prevented progress of the nation, he said.

Referring to the spread of terrorism in the region, Larijani said that Afghanistan should not become a safe haven for the terrorists.

Pointing to the dispute between Iran and Afghanistan regarding the border waters, he noted that this issue should be resolved between the two brother countries in a fair way.

Rabbani arrived in Tehran on Sunday to hold discussions with Iranian authorities about ways to improve cooperation between the two nations at different levels.