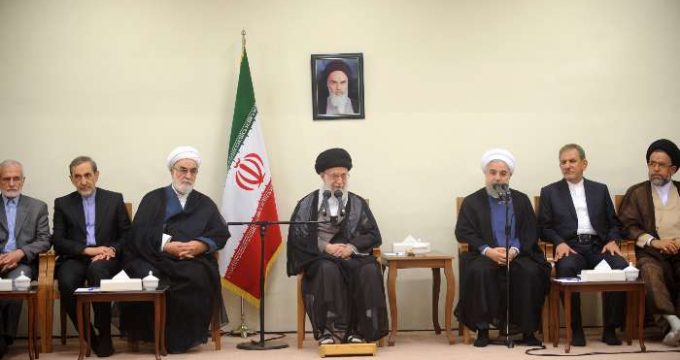 The meeting was held on the occasion of the Government Week in Iran which started on August 23.

The Week marks the martyrdom anniversary of the former Iranian President Mohammad Ali Rajaie and his Prime Minister Mohammad Javad Bahonar who were killed in a bombing incident by the terrorist group Mojahedeen Khalq Organization (MKO) in 1981.

Further details about the leader’s meeting will be released later.