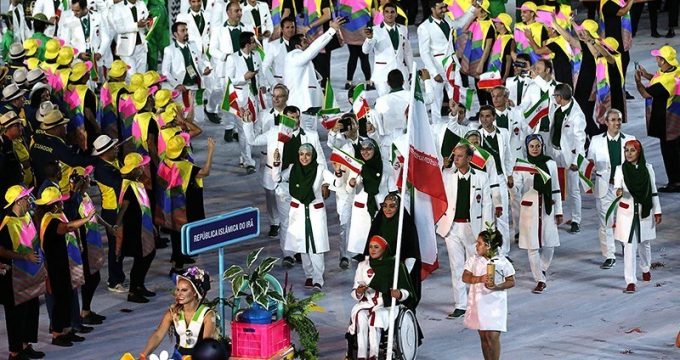 Having attracted more than 10 thousand athletes, the 31st edition of Summer Olympics was convened from August 05-21 in the Brazilian city of Rio de Janeiro while the closing ceremony was held on Monday morning Tehran local time.

Earlier on Sunday, Iranian freestyler Reza Yazdani conceded a bitter defeat by fall against Magomed Abdulmuminovich Ibragimov of Uzbekistan in the second chance group in order to miss the bronze medal match of 97kg weight category.

In the first round, Yazdani had defeated Turkish İbrahim Bölükbaşı 10-0 while he failed to breeze past Khetag Gazyumov of Republic of Azerbaijan 1-2. Later in repêchage round 1, the Iranian contestant faced Radosław Baran from Poland, and defeated him 5-2.

Mohammad Jafar Moradi of Iran,also, appeared in Men’s marathon event on Sunday where he clocked 2:31.58 hours to stand in the 129th place. Eliud Kipchoge of Kenya finished in 2:08.44 hours to the title of the long-distance running event with an official distance of 42.195 kilometers.

Iran’s only silver medal was received by heavyweight wrestler Komeil Ghasemi who conceded a defeat against his Russian rival in finals of Men’s freestyle 125kg wrestling event.

The fourth bronze medal of the Iranian outfit was secured by Kimia Alizadeh in -57 kg class of taekwondo who became the first Iranian woman to win an Olympics medal.

The Persians had scooped 12 medals (4 gold, 5 silver and 3 bronze) in the 2012 edition of the sportive extravaganza which was hosted by London.