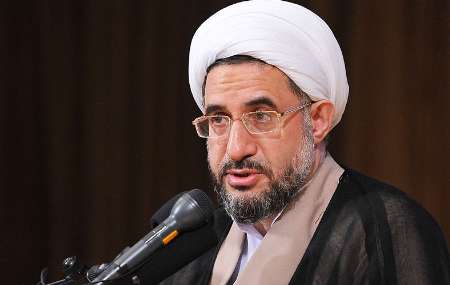 Ayatollah Araki stated that Saudi Arabia’s policies are in conflict with Islam and its people’s interests, urging Al-Saud to try strengthening the unity of Muslims rather than making divisions among them.

Elsewhere in his remarks, the senior cleric called for defending the rights of the oppressed nations that have been subjected to oppression and terrorism like the people of Yemen, Palestine, Iraq and Syria.

He also strongly criticized UN Secretary-General for yielding to the Saudi demand to remove the kingdom from a blacklist of child rights violators, saying that Muslim nations are suffering from such oppression that is mostly resulted from states sponsor of terrorism like Saudi Arabia.

The first International Conference in Support of the People of Yemen kicked off in London on Saturday (August 20, 2016) with activists and journalists from Arab as well as other countries across the globe taking part to show solidarity with the Yemeni people against the Saudi-led aggression.

The two-day conference began with a film prepared by the organizers, shedding light on the various aspects of the Saudi war on Yemen, highlighting the humanitarian and human rights crisis it is suffering from.