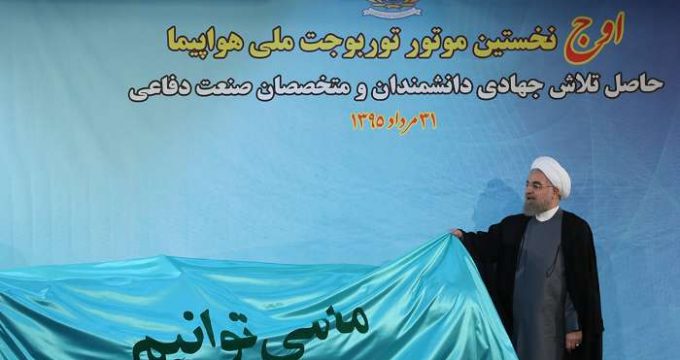 President Rouhani made the remarks at a ceremony marking the National Defense Industry Day falling on August 21 this year.

Prior to this ceremony, the President visited an exhibition on air capabilities of the Defense Ministry.

At the ceremony, the President appreciated the important role the Defense Ministry played in the nuclear deal, known as the JCPOA, between Iran and world powers that led to lifting of anti-Iran sanctions on January 16, 2016.

He further congratulated all involved in the area of defense industry on National Defense Industry Day.

Rouhani reiterated that defense industry is important and effective in country’s fate.

‘We can better use our opportunities being created for our country in the world,’ the President stressed while referring to the conditions that have been created for Iran (after the JCPOA) in both world and region .

‘JCPOA was a big good job in which many organs in the country including Defense Ministry played their effective roles,’ the president noted.