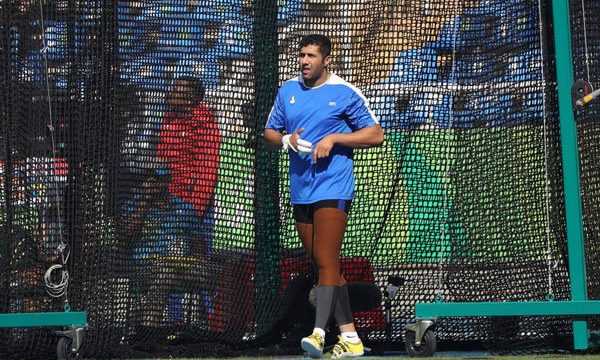 RIO DE JANEIRO, Aug. 17 (MNA) – Iran’s record holder in hammer throw has disappointed his fans by standing in 27th place in qualifications in Group A.

On Wednesday, Kaveh Mousavi threw his hammer 65.03m in his second attempt which was far from his national record of 77m. His first attempt produced a score of 63.19, and in the third round he committed technical error.

Mousavi, Iran’s national record holder, told reporters in Rio that sheer mismanagement of the athletes was the major source of disappointment and failures in prestigious events like Rio Olympics. He criticized the federation of neglect of the athletes once they secured the Olympic quota for the national delegation.

Iran’s second thrower Pejman Ghalenoei also did not score well by throwing the hammer not more than 69.15m, standing just above Mousavi, but still standing far more shorter of score which advances him to final round.