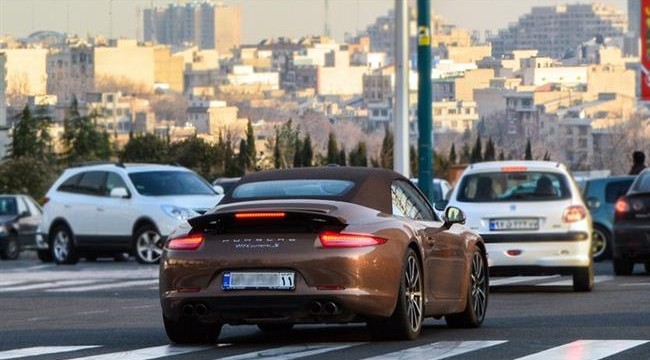 In an interview with Asriran, Seyyed Abdolmajid Ejtehadi, the head of Iran’s Central Task Force to Combat Smuggling of Commodities and Currency, explains about the unprecedented measure taken by the government to combat smuggling.

Here is IFP’s translation of the report:

“13 luxury cars including Porsche, Range Rover, BMW, and Mercedes-Benz S-500 had been smuggled into the country through unofficial borders. The smugglers had even managed to sell a few of them; however, investigations into the case were kicked off last year by the country’s Discretionary Punishments Organization.”

“The defendant was sentenced to pay a fine of about $4.1m. The cars were also confiscated,” Ejtehadi noted.

He referred to the arrangements made by the Organization for Collection and Sale of State-Owned Properties, Central Task Force to Combat the Smuggling of Commodities and Currency, the Discretionary Punishments Organization and the country’s Judiciary, and noted, “According to the rule of law, all of these smuggled cars will be crushed and demolished for the first time in the country.”

He explained that the cars will be crushed since they are not allowed to be sold in Iran’s market based on the country’s regulations, and they cannot be exported to other countries, either.

This news was translated by IFP from Asr-e Iran