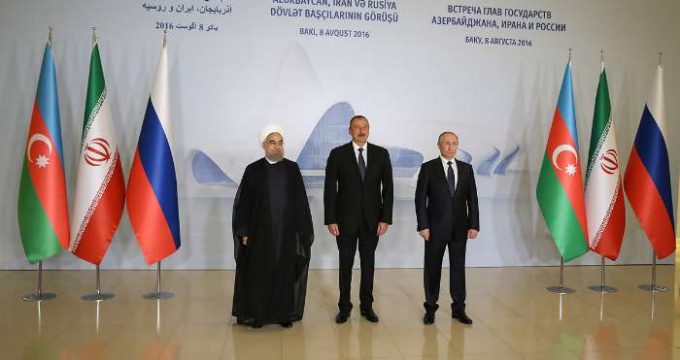 Iran’s only boxer in Rio out of Olympics Argentina’s national volleyball team has defeated the Iranian side with a straight-set win in its opening match at the preliminary round of the volleyball tournaments in the ongoing 2016 Summer Olympics in Rio de Janeiro, Brazil.

A joint photo and document exhibition opens in Tehran on August 7, 2016, by the Islamic Republic News Agency (IRNA) and United Nation Information Center in Tehran (UNIC). The event is underway in the venue of the Iranian House of Artists. Several high-ranking Iranian and UN officials attend the event which inaugurated concurrent with Iran’s Reporter’s Day (August 7).

Following the trilateral meeting of Hassan Rouhani, Vladimir Putin and Ilham Aliyev on Monday, the foreign ministers of the three countries Mohammad Javad Zarif, Elmar Mammadyarov and Sergei Lavrov held a joint press conference about the outcomes and results of Baku meeting on Monday night.

Iranian President Hassan Rouhani meet with his Russian and Azeri counterparts in a key tripartite summit in Azerbaijan’s capital Baku, to explore avenues for trilateral cooperation. Leader of the Islamic Revolution Seyyed Ali Khamenei received Minister of Intelligence Mahmoud Alavi and his deputies on Tuesday. Every year the Summer Festival is being held on Kish Island, south of Iran. The festival is aimed at boosting the tourism sector in the Persian Gulf Island.

Iranian military servicemen took the fourth place in the International Army Games-2016 competition “Elbrus Ring” held in Kabardino-Balkaria on the Training center Terskol base, Russia, after completing two special tasks of individual and team climbing at the height of 5642 meters. 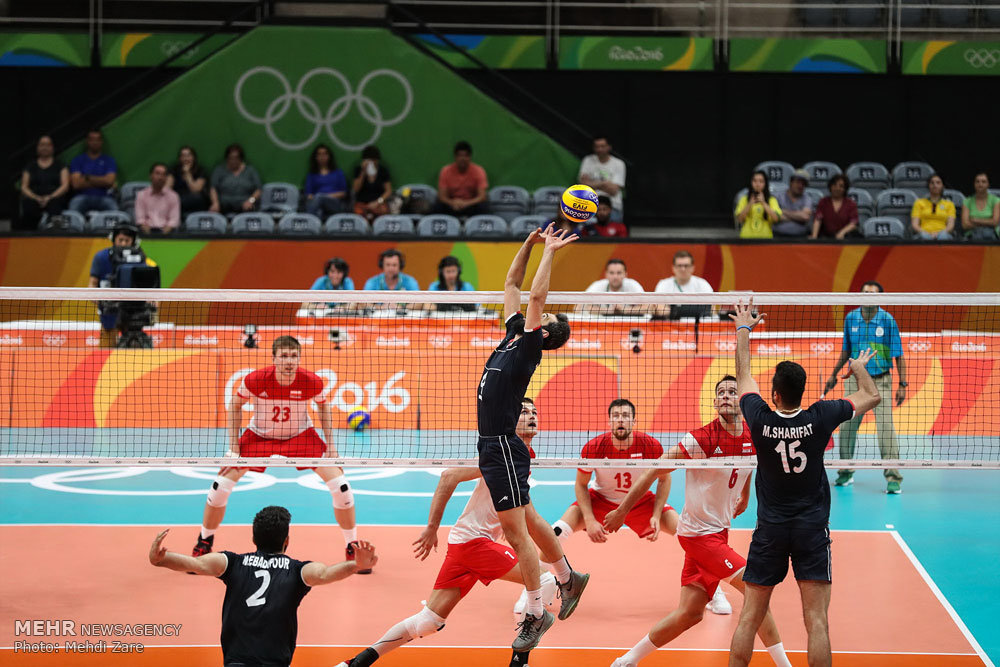 A ceremony on Wednesday evening in Imam Ali (as) Museum has celebrated birthday of a famous theatre and cinema artist, Amin Tarokh; a number of celebrities and his fellow artists attended. Iran’s medal drought at the Rio 2016 Olympic Games is not over after fencer Mojtaba Abedini lost to Daryl Homer of the United States on Thursday. 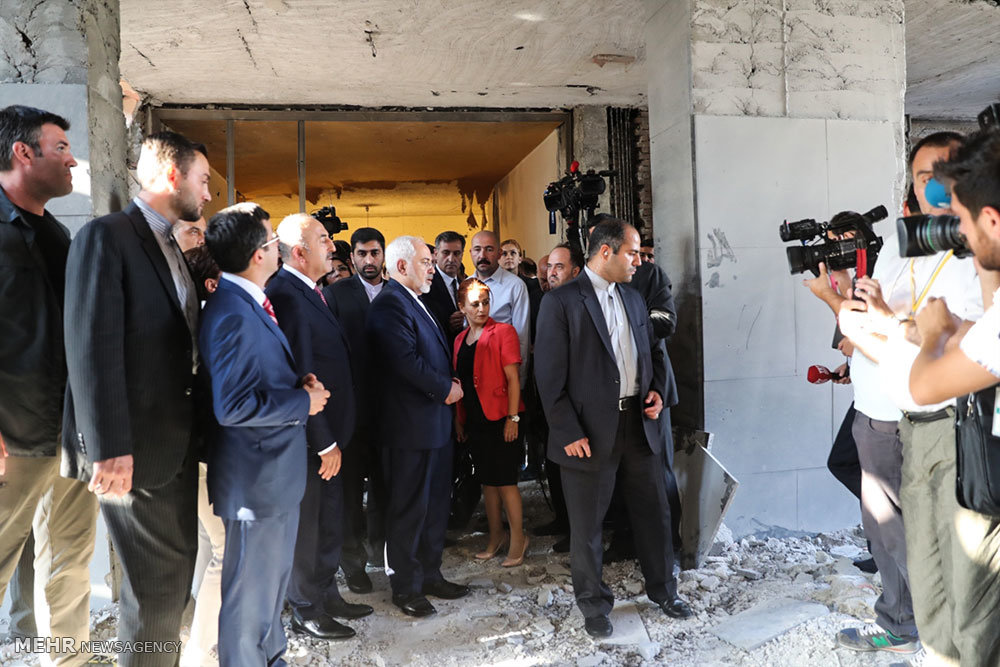 Foreign Minister Javad Zarif has visited Turkish Parliament during his tour of country for the first time following an unsuccessful coup earlier in July. 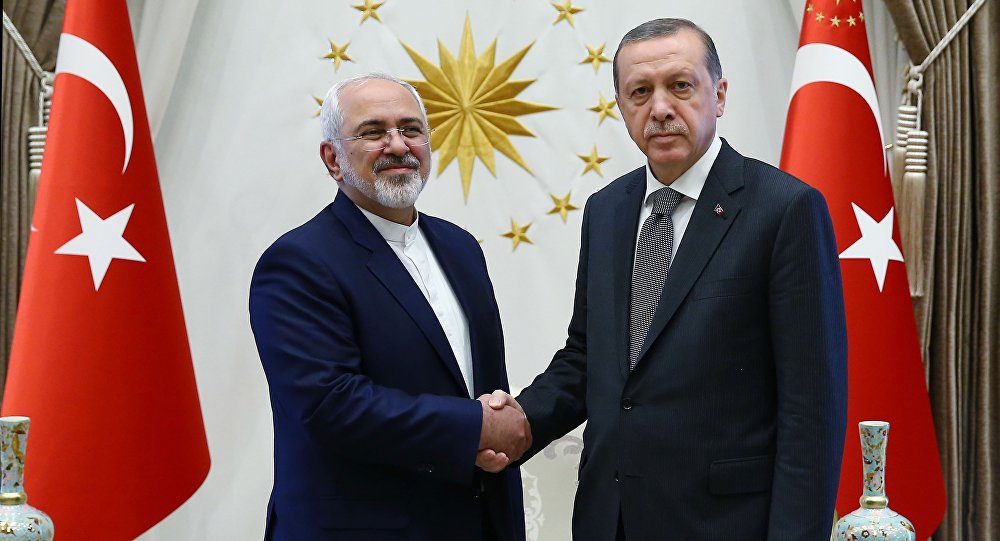 The Iranian foreign minister met the Turkish president on Friday in the most significant visit by a high-ranking foreign dignitary to Turkey since the July 15 failed coup attempt in the country. Holder of the London Olympic silver medal Ehsan Hadadi failed to qualify in the men’s discus throw in Rio de Janeiro on Friday.

Every year in August, the Swift-Tuttle comet puts on a brilliant show. When the Earth plows into its wake, tiny bits of debris left behind from the comet slam into our atmosphere at 132,000 miles per hour, reach temperatures of 3,000 to 10,000 degrees, and streak across the sky in what we call the Perseid meteor shower. Iranian weightlifter Kianoush Rostami broke his own world record as he clinched Iran’s first gold medal at the Rio Olympics.

The first conference of provincial heads of Foundation of Martyrs and Veterans Affairs have met with a notable figure Foreign Minister Javad Zarif attending. Leyla Rajabi announced her retirement after failing to secure a place at the final of the women’s shot put.

A member of Cuba’s Council of Ministers met with Iran’s Ali Akbar Velayati in Tehran on Saturday and passed on a message from Cuban President Raul Castro for Leader of the Islamic Revolution Ayatollah Seyed Ali Khamenei. Hundreds of Thousands of Iranian pilgrims flocked to the holy city of Mashhad on Saturday to celebrate anniversary of the birthday of Imam Reza (AS), the eighth Imam of Shia Muslims. Iran’s weightlifter Sohrab Moradi has lifted a total of 403 kilograms at the 94-kilogram category of Rio 2016 Olympics Games, and won the second gold medal for the Iranian squad at the event.