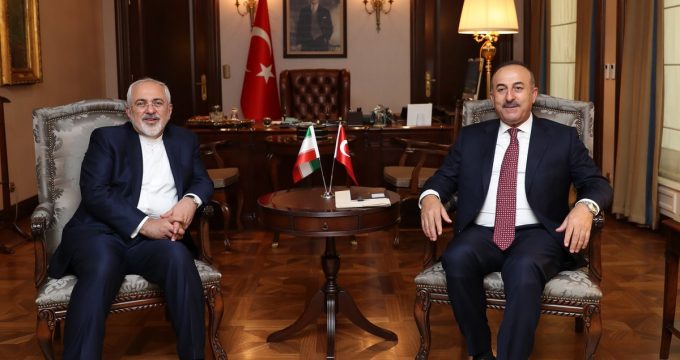 Speaking during a meeting in Ankara with visiting Iranian Foreign Minister Mohammad-Javad Zarif, Cavusoglu said that during a telephone conversation in the very first hours of the coup attempt in Turkey, the Iranian foreign minister expressed support for the legitimate Turkish government and nation.

‘He repeatedly made telephone calls, expressing support for the Turkish government and nation against coup plotters in the very first hours of the coup attempt when there was no clear image of the situation,’ Cavusoglu said.

Zarif has travelled to Turkey for a one-day visit during which he is also scheduled to meet with Turkish President Recep Tayyip Erdogan.

Speaking to reporters upon his arrival in Ankara, Zarif underlined the need for more negotiations among regional countries.

He said that Iran, Turkey and Russia are three key regional countries that need to cooperate with each other.

Iran condemned the coup attempt in Turkey in the very first hour ‘as we believe that coup has no place in our region and the vote and will of the people cannot be suppressed with the measures of a military group,’ Zarif said.