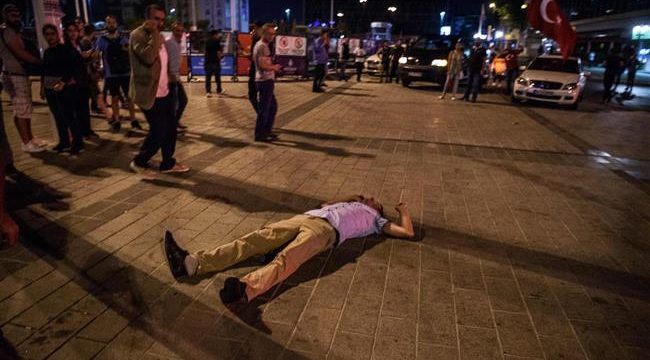 Alwaght- The Halkların Demokratik Partisi led by Selahattin Demirtaş within the past months has made some big mistakes, the government has made either and it has failed to deliver on their promises, which led to marginalization of the pro-government negotiation with the Kurds wing by the militant left-wing organization, the Kurdistan Workers’ Party.

As anticipated, after the failed coup attempt in Turkey, the government has started widespread purges, and within the last 10 days over 600,000 of various government ministries’ staff with the charge of following Gülen have been fired, many of which were even prosecuted. By the looks of things it seems quite obvious how the Justice and Development Party is going to take matters into its hands and how they are going to react against various groups of suspects and opponents within this period of time, and especially during the period of state of emergency, which was declared as three months.

But perhaps one of the issues which is surrounded by ambiguity and did not get as much news coverage after the extensive news reports of the coup attempt casted shadows on it, is the subject of Kurds and conflict between Turkish military and Kurdistan Workers’ Party. During these times, What will the government of Justice and Development Party do with Kurds, especially with Kurdistan Workers’ Party and its most important legal subsidiary institution, Peoples’ Democratic Party (HDP)? Will the war continue? And will Erdogan insist on the prosecution of HDP leader Selahattin Demirtaş and his comrades for supporting terrorism?

For an answer it has to be declared that in the case of the PKK (Kurdistan Workers’ Party), no remarkable change has been made, so there is no tendency in the post-coup government approach in for leaning towards changes in this area. And although the HDP, as well as the other two opposition parties which are the Republican People’s Party (CHP) and the Nationalist Movement Party (MHP), supported the government and condemned the coup attempts, but even in the most critical of situations, the Kurd supporters of the PKK, do not consider themselves as part of the Turkish people to be on side of the Turkish government and people, and in contrast, the government also considers them “others”.

As it was evident through the past few days, during the meeting of the Turkish president, Recep Tayyip Erdoğan, and prime minister, Binali Yıldırım with the leaders of the opposing parties, they visited Kemal Kılıçdaroğlu, the leader of the Republican People’s Party (CHP) and Devlet Bahçeli, leader of the Nationalist Movement Party (MHP) numerous times, and both leaders were treated with respect in the Istanbul meeting, all while Selahattin Demirtaş, leader of Peoples’ Democratic Party was not even invited to the mentioned event. He and other leaders of this party were not only marginalized, but were also heavily criticized by the government and the interesting thing is, even the private sector media of Turkey, who previously would do anything to interview the Kurds affiliated with the PKK, now have made agreements with the government to boycott the political movement associated with the PKK. Previously, Ahmet Hakan, who is considered the most important analyst of the CNN Turk outlet in a panel discussion with Selahattin Demirtaş, even cut cake on live TV for his birthday, as it seems, with the current situation of the media outlets in Turkey, such events are not going to happen anymore.

Of course Demirtaş and his comrades will also continue to adopt their radical stances. While in the past critical historical juncture, Demirtaş has not taken a clear position against Fethullah Gülen, he has even compared Erdogan to ISIS terrorists’ Caliphate Abu Bakr al-Baghdadi! He has also stated that those supporters of the Justice and Development Party that attacked the military tanks in the night of the coup attempt, are not dissimilar to the ISIS terrorists.

Continuing the war with the PKK

Although some analyst believe the Turkish army and their military forces were humiliated during the recent events, and they are not able to perform well in fight against PKK, it should not be glossed over that a very little segment of the armed forces (as little as 1.5%) were involved in the coup and even if there was any humiliation involved, it only affects the same 8700 people. On the other hand, in terms of military psychology, the armed forces are in a certain position to earn back the trust of this nation and government, so in fact they are going to take matters more seriously than before. It should also be noted that the main war against PKK lies within the areas of intelligence, aerial surveillance and security in borders and rural areas with Kurd residents. Fundamentally, the PKK is currently much weaker to be able to carry an all out war against the Turkish army and gendarmerie and at the best case scenario they might be able to pull off brief attacks on police, clumsy and not-so-successful bombings, and some terrorist activities, but nothing too serious.

The Peoples’ Democratic Party has also lost so much respect and power, that they cannot even manage to arrange couple of thousands of people for protests and marches. So, it is understandable that the PKK, apart from the possibility of re-ordering the hunger strike of more than fifteen thousand prisoners, highlighting the health issues of Ocalan in the media and European courts, does not have any other form of offence inside of Turkey. But outside of Turkey, the story seems different. Outside, PKK has the following 3 ways to potentially put pressure on Turkey:

1. European countries, particularly Germany, France, and Sweden. Since within the last year, the Kurd residents of Turkey were deeply unsatisfied with offensive policies of the PKK and since the PKK’s corporate influence on the Kurds in Europe has been significantly decreased compared to their past influence, it is safe to say that in this area and through this way, they are not able to achieve much.

2. There are over 7,000 military and civilian members of the PKK in the Iraqi Kurdistan region. These members are present in urban, rural, and mountainous areas and have the potential and capability to cause problems for Turkey. For example they can put Turkey on pressure by destroying the oil pipelines from the Iraqi Kurdistan region to Turkey, or even create obstacles in the way of transferring gas to Turkey. They could also cause trouble for Masoud Barzani, the president of Iraqi Kurdistan, who is also the most important Kurd ally of Erdogan.

3. In the three regions of Jazira, Kobani, and Afrin in the north of Syria, all of which are populated mainly by Kurds, another one of the affiliated institutions of PKK, The Democratic Union Party (PYD), has taken complete control of power. Currently, this party also has close relations with the US. Turkey, as the most important affiliate of US in the Western Asia region, has asked Washington to prevent the settlement of Kurds in the Euphrates region, but at least for now, the US can use the help of Kurds in fighting off the ISIS terrorists, and unlike Turkey they do not consider the PYD forces, terrorists. The abovementioned is possibly the PKK’s most important way of defense against Turkey, having said that, this alone is not enough to save PKK, and could not ensure an agreement between Erdogan and the Ocalan comrades.

More than a Kurdish movement, the PKK is an ideological left wing institution of the Stalinist type. During the 1990s, extremely bloody conflicts occurred between the PKK and the Hizbullah forces of Turkey and many were killed during these clashes. Even now potential conflicts could occur in the cities of Diyarbakir, Batman and Istanbul.

That being said, there are evidence pointing out that Gülen movement, in order to soft overthrow the Justice and Development Party, has made contacts with the PKK affiliated institutions, and this subject has definitely had some effect on the recent conflicts. In addition, public supports and obedient of Demirtaş and his allies towards PKK, has resulted in Erdogan and other leaders of Justice and Development Party to distrust Kurdish movement that is related to the PKK.

Even considering the actions of Demirtaş and his allies in past three years that were taken with the goal of changing the way of fighting from armed struggles to political activities, one cannot simply skip the fact that they made some strategic errors during the post-election era.

Without a doubt, the HDP has made huge mistakes through the recent months, for example, participation of representatives of this party in the funeral of a PKK member, who was named as the operator of the terrorist attack in Istanbul, could be considered one of these mistakes. And beside that, the party’s moderate and peaceful faces like, Ahmet Türk, Leyla Zana, Altan Tan, Osman Baydemir, Sırrı Sakık, Hatip Dicle, Hasip Kaplan, and many others like them have not stated anything regarding these issues.

Similarly, the government has also made some mistakes and they have failed to deliver on their promises in certain areas, the time wasted as a result of these mistakes practically allowed the PKK militant wing to marginalize the pro-negotiation wing.

That being said, Turkey cannot find any other option that is better than HDP and the most logical course of action is while keeping up the criticism against HDP, the government should negotiate with them as the main side of the dialogue, and by doing so they should be able to provide the groundwork for reconciliation and for ending the conflict. Since at any time and point, the threat of the Kurds and the PKK is one of the most important social and legal problems and at the same time the greatest threat to Turkey’s security and development, and solving this problem should be on top of the government’s priorities. And the HDP should also adopt clear positions against Fethullah Gülen and distrust some of the pragmatic behaviors of the Gülen movement.