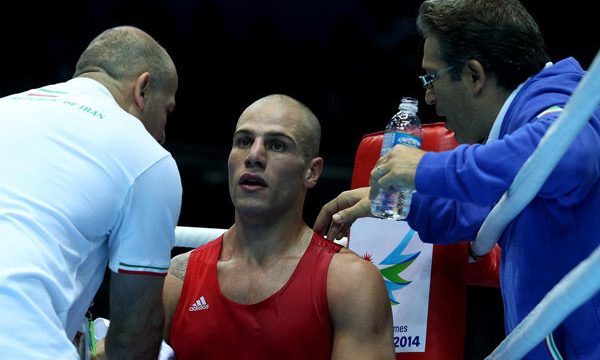 RIO DE JANIERO, Aug. 08 (MNA) – Rouzbehani, Iran’s only boxer at Rio 2016, conceded a defeat in his first encounter failing to reach Round of 16 in the tournament.

Competing in Round of 32 of Men’s light heavy 81kg, Ehsan Rouzbehani faced Peter Müllenberg of the Netherlands in Pavilion 6 of Riocentro where he lost the game (0-3) to drop out of Olympic Games.

The Iranian fighter was bewildered with quick and sudden movements of the Dutch rival in the first round. Despite a sharp increase in his attacks, Rouzbehani was also defeated in the following two rounds to lose the first bout overall.

Attracting more than 10 thousand athletes from 206 countries, the 31st edition of Summer Olympic Games is underway in Rio de Janeiro, Brazil from August 05-31.