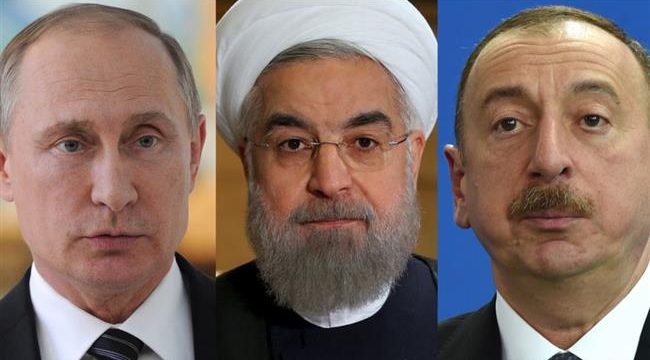 Iranian President Hassan Rouhani will meet shortly with his Russian and Azeri counterparts in a key tripartite summit in Azerbaijan’s capital Baku, to explore avenues for trilateral cooperation.

President Rouhani will meet with Russian President Vladimir Putin and Ilham Aliyev, the Azeri president, on Monday to discuss means of enhancing cooperation in the areas of commerce, energy, communications as well as transport and transit.

They are also expected to exchange viewpoints on environmental issues and the fight against terrorism.

President Rouhani has traveled to Baku on a two-day state visit and at the head of a high-ranking delegation. The Iranian chief executive and the accompanying delegation arrived in the Azeri capital on Sunday.

The Iranian president will further hold a meeting with President Putin in Baku to discuss Tehran-Moscow relations and several issues of common interest.

Speaking to a group of Iranian expatriates in Azerbaijan on Sunday evening, President Rouhani referred to Iran’s role in contributing to regional peace and development and said, “Today, all countries in the world acknowledge that Iran’s role in [the establishment of] the security of the region is positive, effective and significant.”