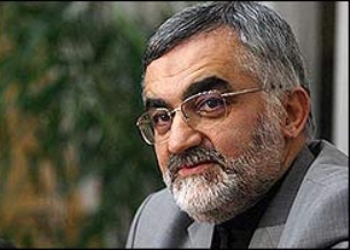 August 8, The Iran Project – A senior Iranian lawmaker defended the execution of a number of terrorists, saying Iran’s measure was defendable both in terms of Islamic law and the fight against terrorism either.

Speaking to a reporter on Sunday, Chairman of Iran’s parliamentary National Security and Foreign Policy Committee, Alaeddin Boroujerdi, denounced the West’s stance regarding the execution of a number of terrorists in the Islamic Republic and said they are not concerned about the human rights but the lives of the terrorists that were trained by themselves.

If the West is really concerned about human rights, why they have supported Saudi Arabia in brutal killing of Yemenis, Boroujerdi said pointing out that during the 16 months that Saudi Arabia has been waging war in the Arab impoverished country, at least 5 thousand Yemeni children have lost their lives

After UN High Commissioner for Human Rights Zeid Ra’ad al-Hussein criticized Tehran for the execution of 20 terrorists, calling it “injustice,” Iran’s Foreign Ministry Spokesman Bahram Ghasemi slammed the rigid stance of European countries and US and called it a clear intervention in domestic affairs of a country.

Mohammad Javad Larijani, the secretary general of Iranian High Council for Human Rights, also sent a letter to the UN official, stressing that the Iran will spare no efforts to ensure security for its people and continue its serious fight against terrorism within the country’s borders and beyond.

The Iranian forces have recently engaged in clashes with terror groups, thwarting their terrorist activities on the border and within the country, arresting several of them and confiscating large amounts of explosives and bomb-making materials.

In the same month, Iran’s Intelligence Ministry said it had foiled a major Takfiri-Wahhabi plot to carry out bomb attacks in the capital, Tehran, and other provinces and arrested many suspects.