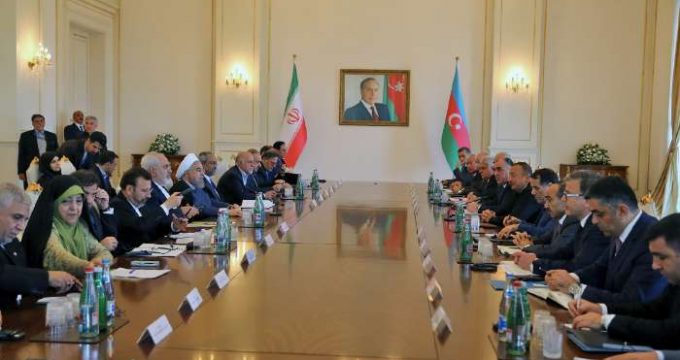 Presidents Rouhani, Aliyev meet in Baku ahead of Iran-Azerbaijan-Russia summit

Iranian President Hassan Rouhani met with his Azerbaijani counterpart Ilham Aliyev in Baku on Sunday ahead of the Russian-Iranian-Azerbaijani summit, local media reported.

BAKU (Sputnik) — Rouhani and Aliyev held a bilateral meeting after official welcome ceremony upon arrival of the Iranian president.

On Monday, Rouhani and Aliyev are set to hold trilateral talks with Russian President Vladimir Putin in Baku which are expected to focus on trade, energy, communications as well as on the situation in Syria and on the threat of the Daesh terrorist group outlawed in Russia.

The trilateral meeting is expected to result in the signing of a joint declaration.