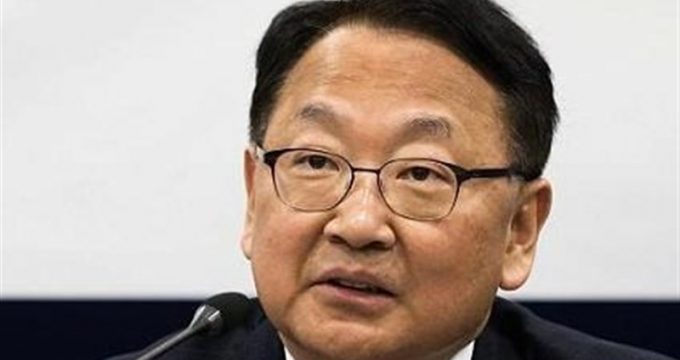 S.Korea in final stages of preparations to trade with Iran in euro

* S.Korea in final stages before trading with Iran in euro

CHUNCHEON, South Korea, Aug 3 South Korea is in the final stages of preparation to trade with Iran in the euro, which it aims to do “as soon as possible,” its finance minister said on Wednesday.

“It’s probably going to happen by year-end,” Yoo Il-ho told reporters, referring to efforts to finalise talks with Iranian counterparts, banks and possibly the United States as sanctions against the Middle Eastern country are slowly being lifted.

Yoo said he expects Korean companies to carry out business with Iran in euros within this year.

Asia’s fourth-largest economy has been trying to revive trade with Iran after a historic lifting of Western sanctions.

As a major buyer of Iranian oil, South Korea is bolstering efforts to facilitate trade between the two nations currently settled in the won.

On media reports that China may impose sanctions on Korea for its decision to deploy a missile defense system, or the Terminal High-Altitude Area Defense (THAAD), he said “I hope no such things happen.”

Turning to the issue of trade protectionism, Yoo said it is time to strengthen international coordination to make sure countries don’t impose more protectionist trade policies.

“Whoever becomes the U.S. president and sets a direction, we can reduce the impact,” Yoo said, repeatedly emphasising the need for international coordination on the issue.