A Look at Iranian Newspaper Front Pages on July 27

Newspapers on Wednesday covered the remarks made by Iranian Defence Minister Brigadier General Hossein Dehqan as well as the former Iranian Foreign Minister Kamal Kharrazi in criticism of the nuclear deal between Tehran and world powers, known as JCPOA, and the other parties’ violation of their commitments. Dehqan, however, noted that the deal has been signed with the approval of the Establishment, not the government alone.

The change of the uniforms of Iran’s Rio Olympics Team also received wide coverage. The initial design was criticized by many Iranian social users. Then another Iranian designer offered new designs, which were welcomed by the public. In a rare move, the National Olympics Committee also gave in to the online pressures and accepted the new designs, commissioning the designer to prepare the uniforms in the short period of time remaining until the beginning of the games.

1- Kerry: Important Syria Plan to Be Unveiled in Early August

4- Iran’s Ex-FM: It Was Wrong from First Place to Create Excessive Optimism towards JCPOA 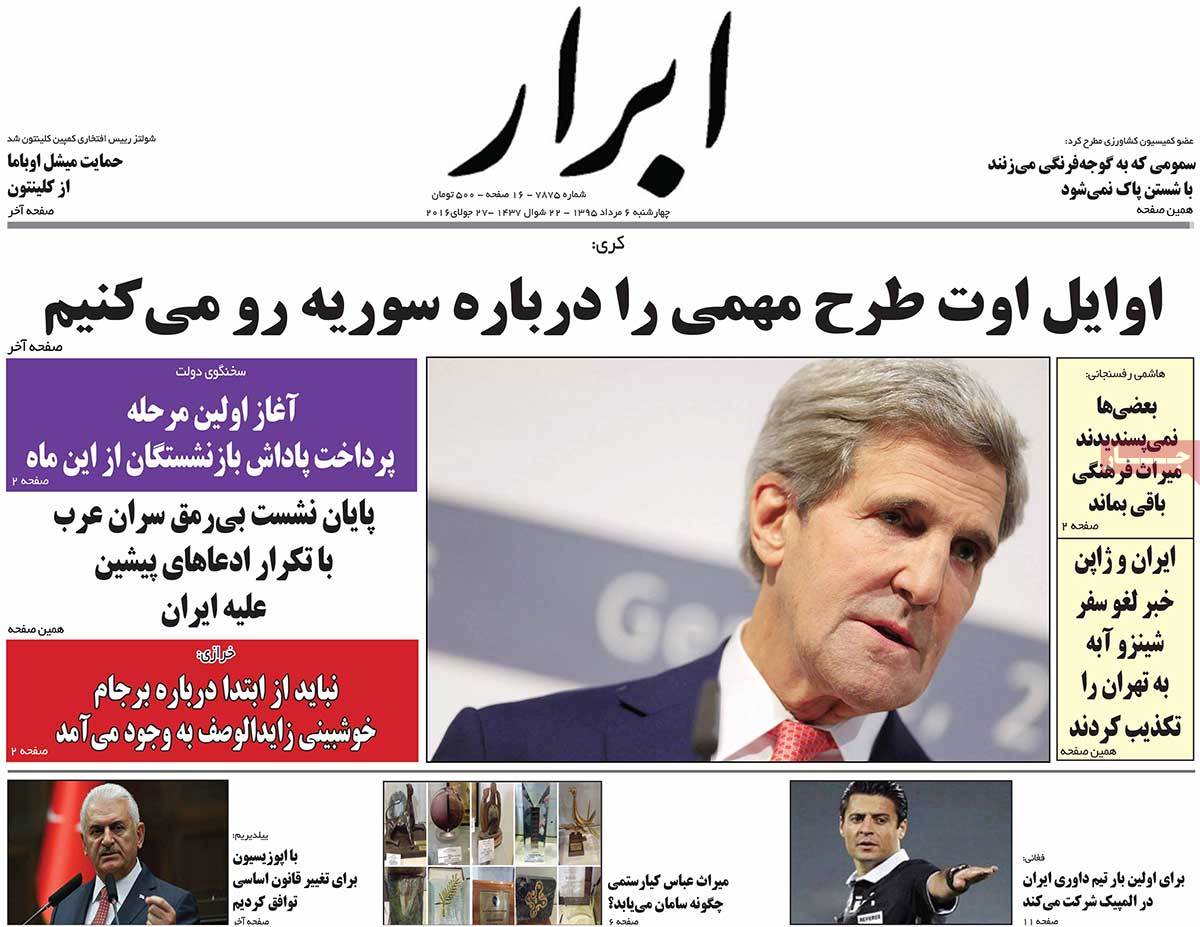 2- Officials Give in to Online Pressures: Design of Clothes Changed for Iran’s Rio Olympics Team 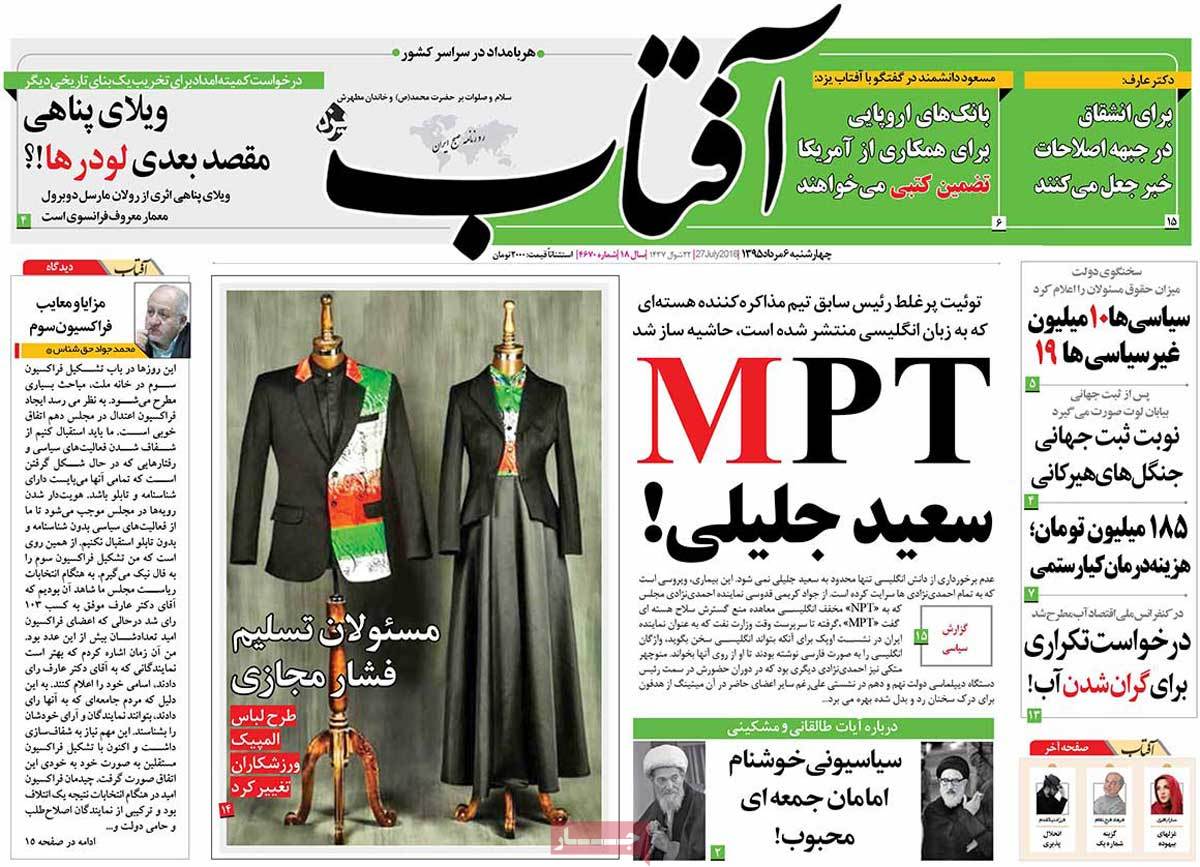 2- Iran to Follow Up on Any Possible Violation of JCPOA: Gov’t Spokesman 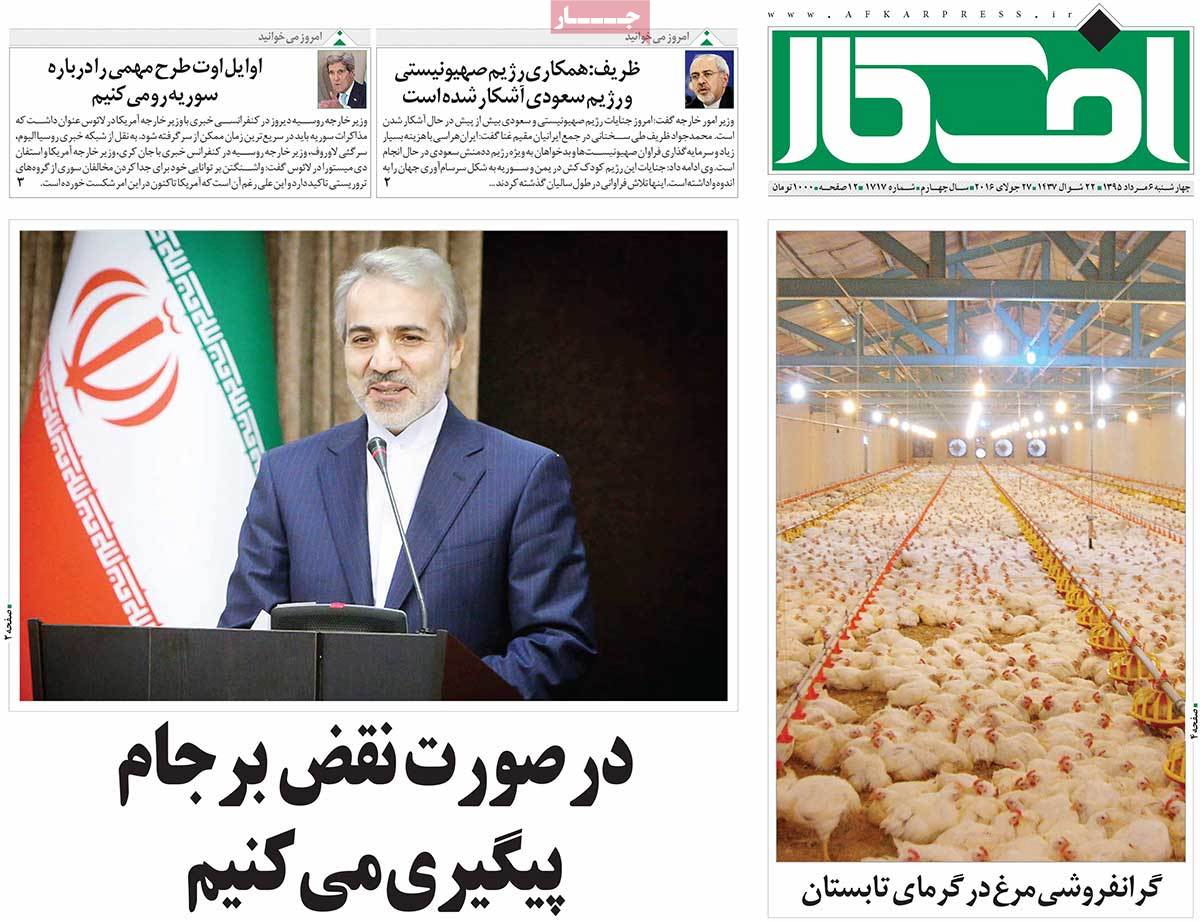 1- Will Mayor of Tehran Qalibaf Run for 2017 Presidential Elections? 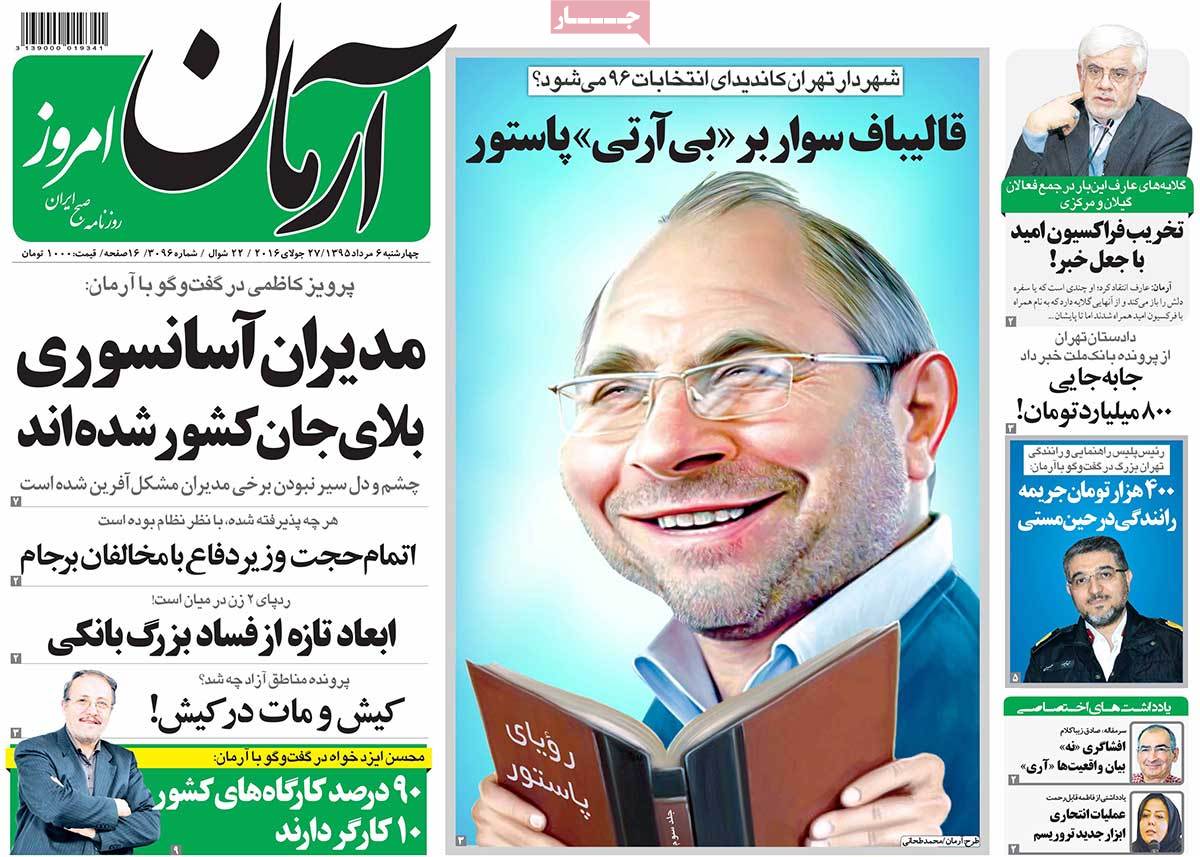 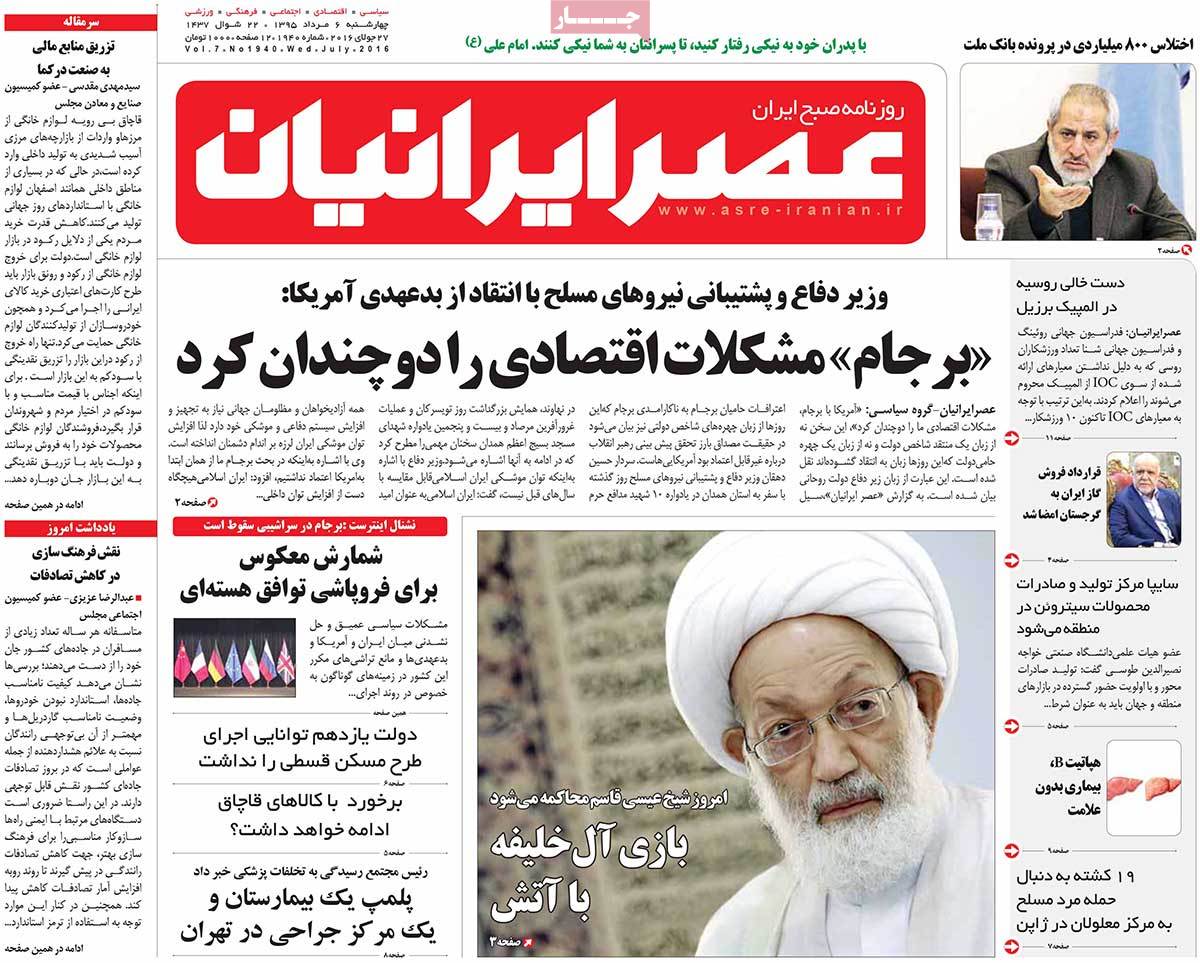 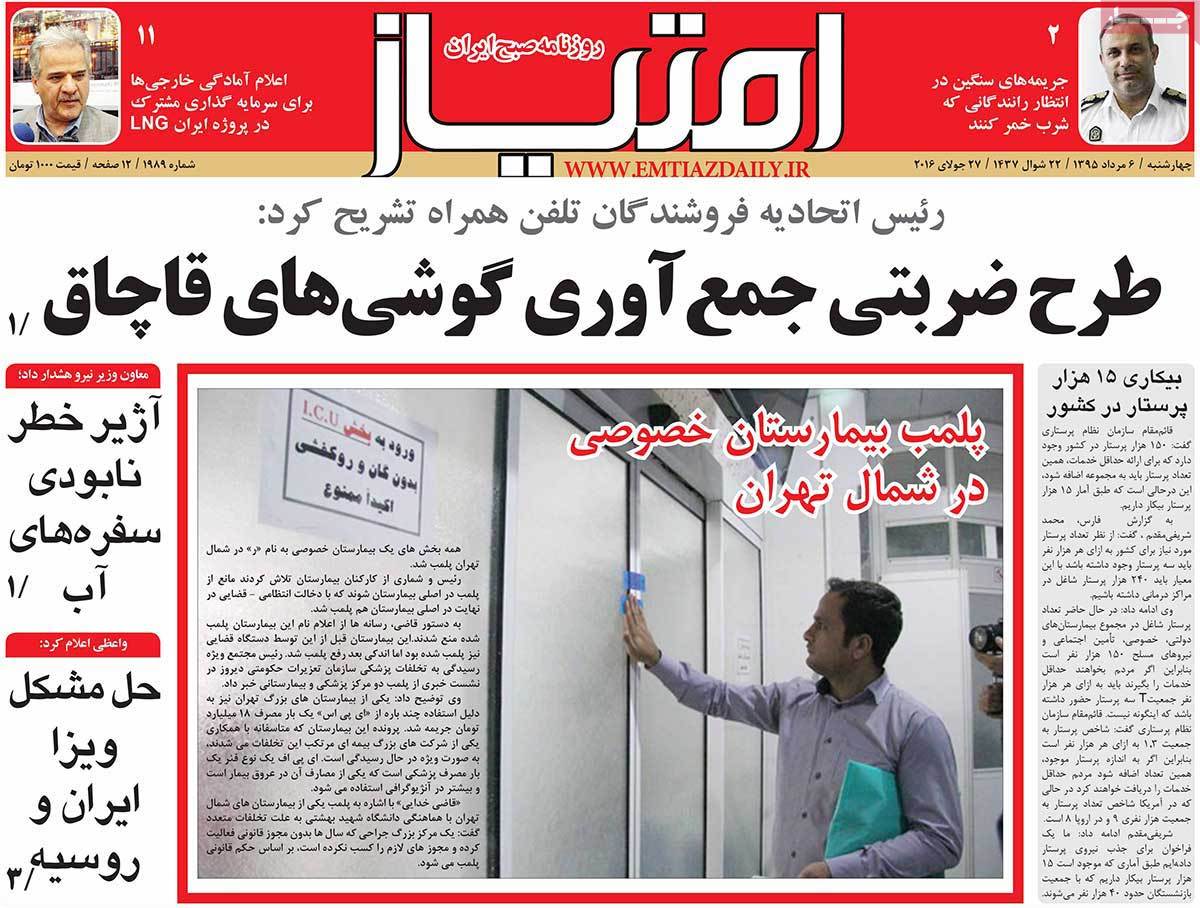 1- We Are All under Attacks of Some Critics: Gov’t Spokesman

2- Iran’s Accession to Treaty of Amity and Cooperation Is a Symbol of Iran’s Global Acceptance: Deputy FM 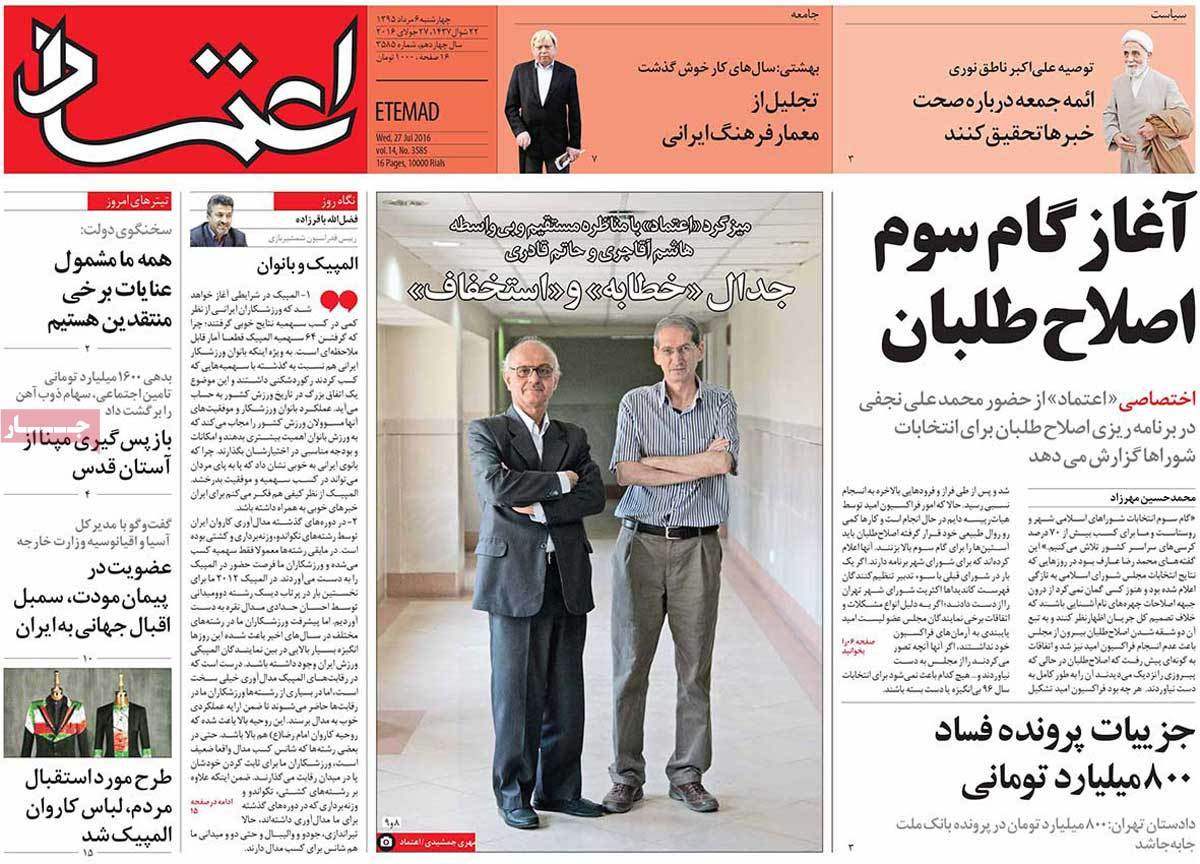 2- Iran’s Population Will Rise to 105m in 2025, and If Current Water Crisis Is Not Controlled, Water Tension Will Be Inevitable

3- 19 Killed in Most Bloody Attack in Post-WWII Japan

5- Salaries of Political and Non-Political Officials Capped by Government

6- Iran Is a Powerful and Developed Country: Kerry 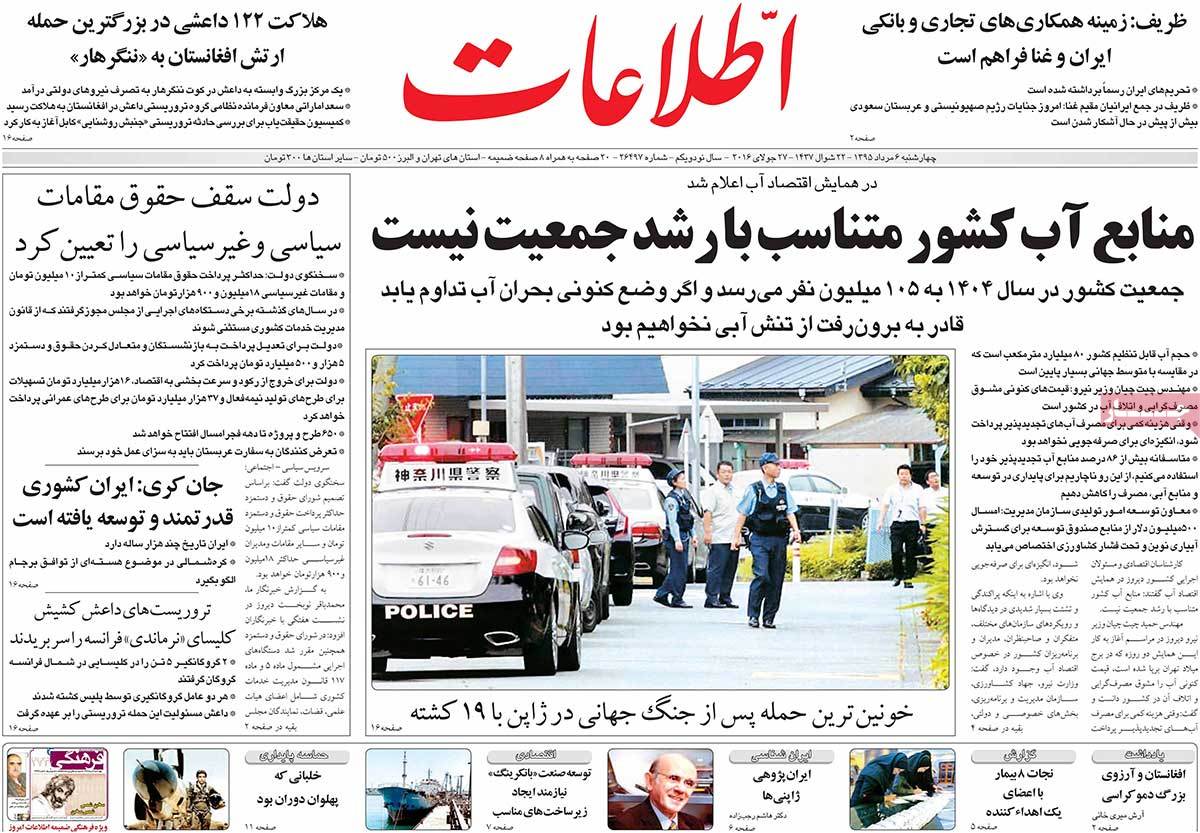 1- Rouhani Standing in the Dust: What Strategy Will Rouhani Adopt in Rest of His Term to Convince His Supporters to Re-Elect Him in Next Year’s Presidential Votes? 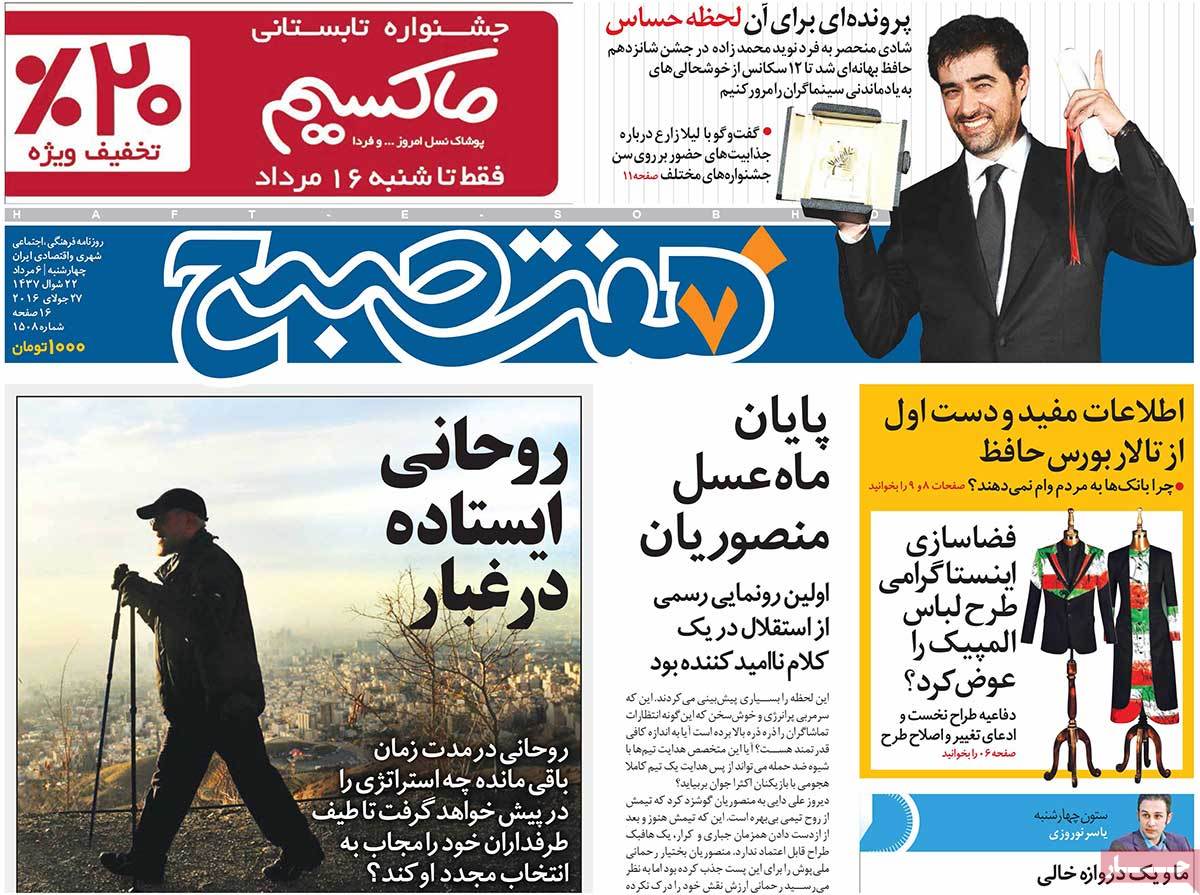 3- JCPOA Has Not Been Implemented Well Because of US Violation of Its Promises: Ex-FM 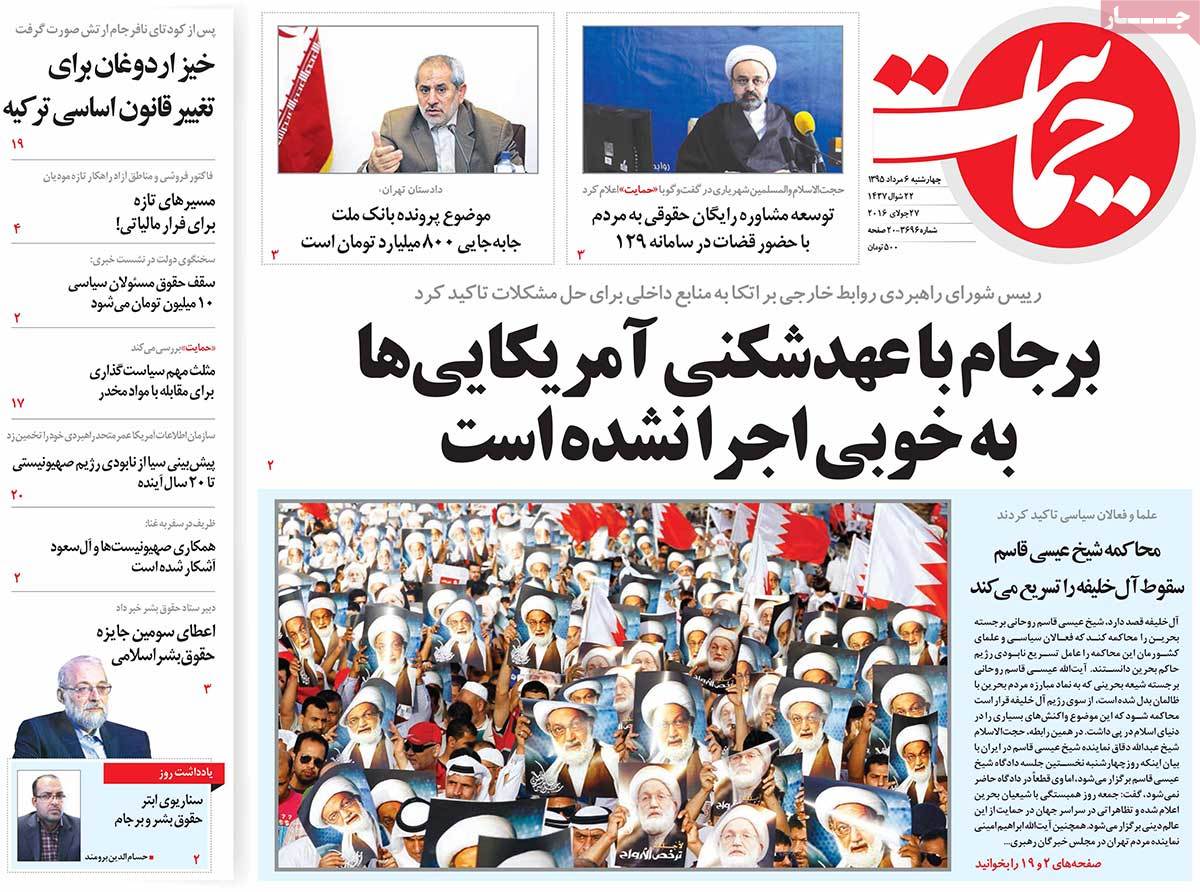 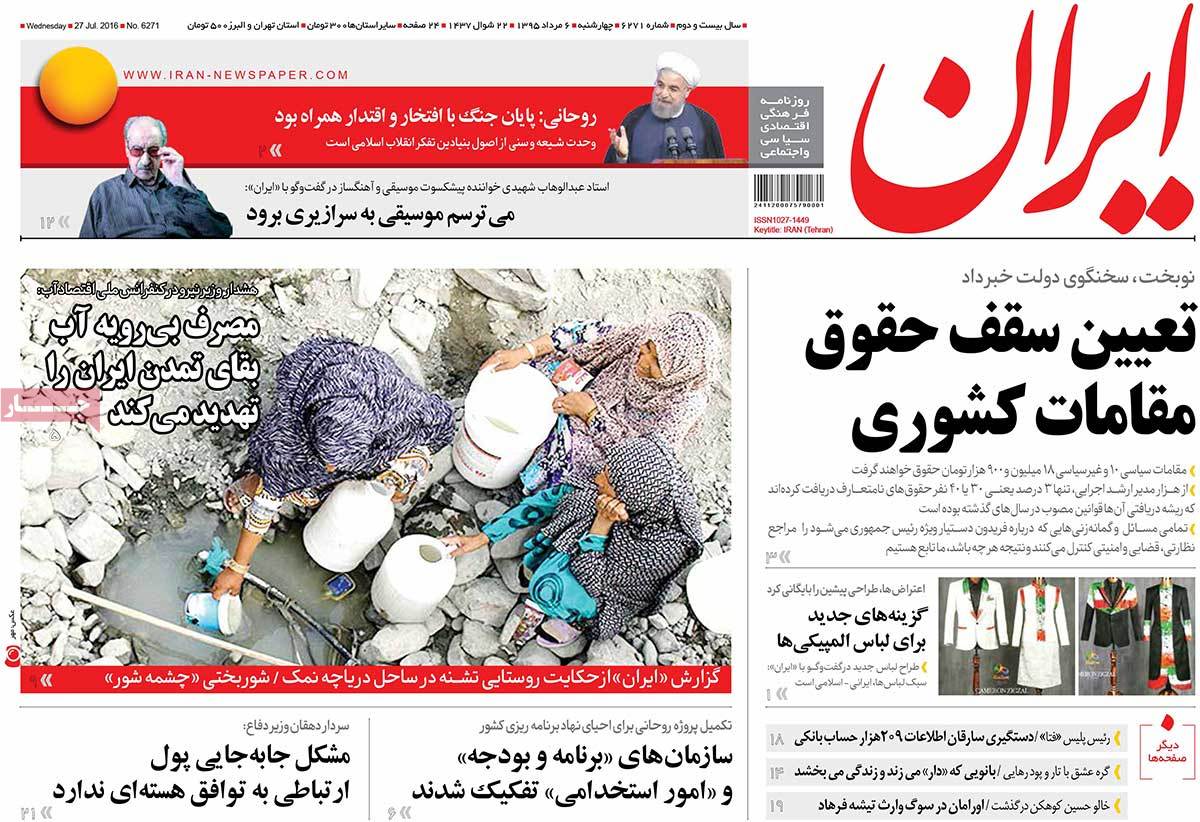 1- Zarif’s Turnaround in Policy of Easing Tensions with Saudis: FM’s Recent Remarks about Sauid-Israeli Ties Can Be a Point of Departure for Iran’s Foreign Policy towards Saudi Arabia 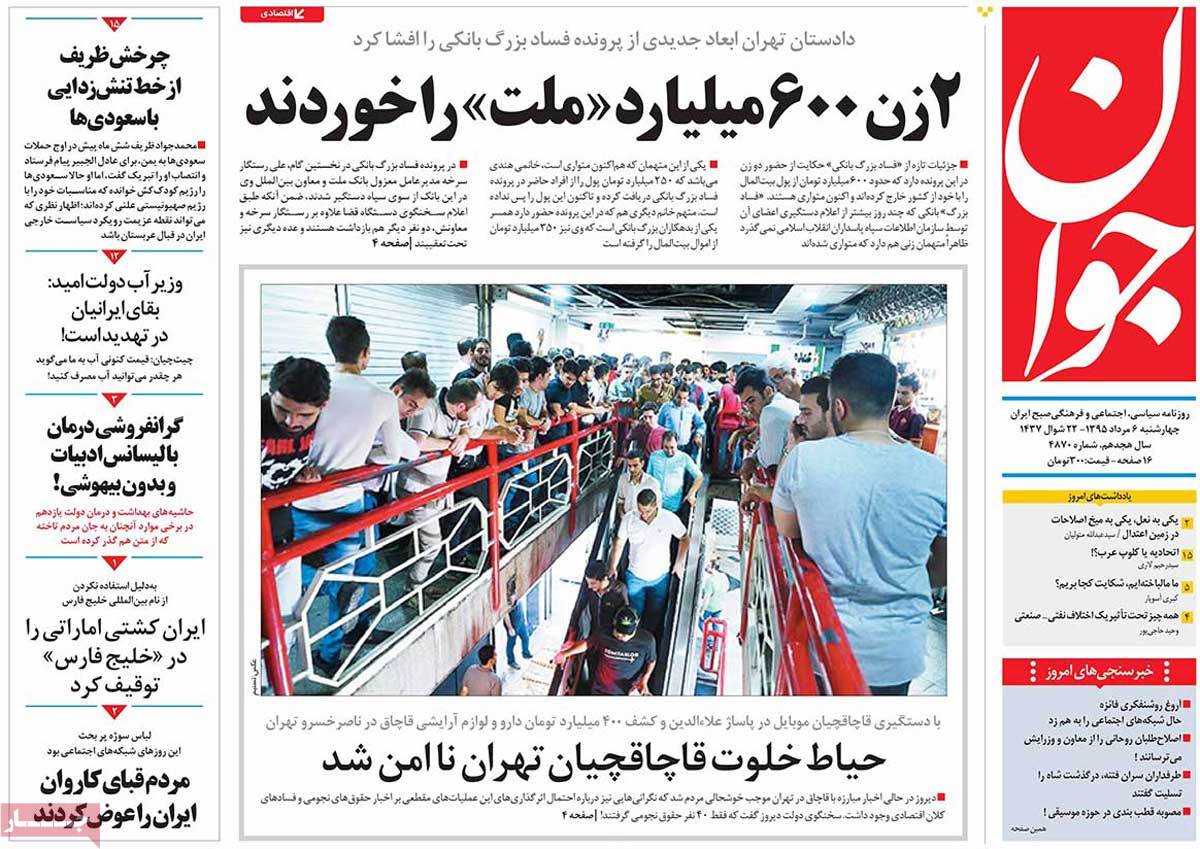 2- Whatever Accepted in JCPOA Was the Establishment’s Opinion: DM

3- CIA’s Prediction about Annihilation of Israel within 20 Years

4- Outcomes of Zionist-Saudi Cooperation Being Revealed after Collapse of Iranophobia Wall: Zarif 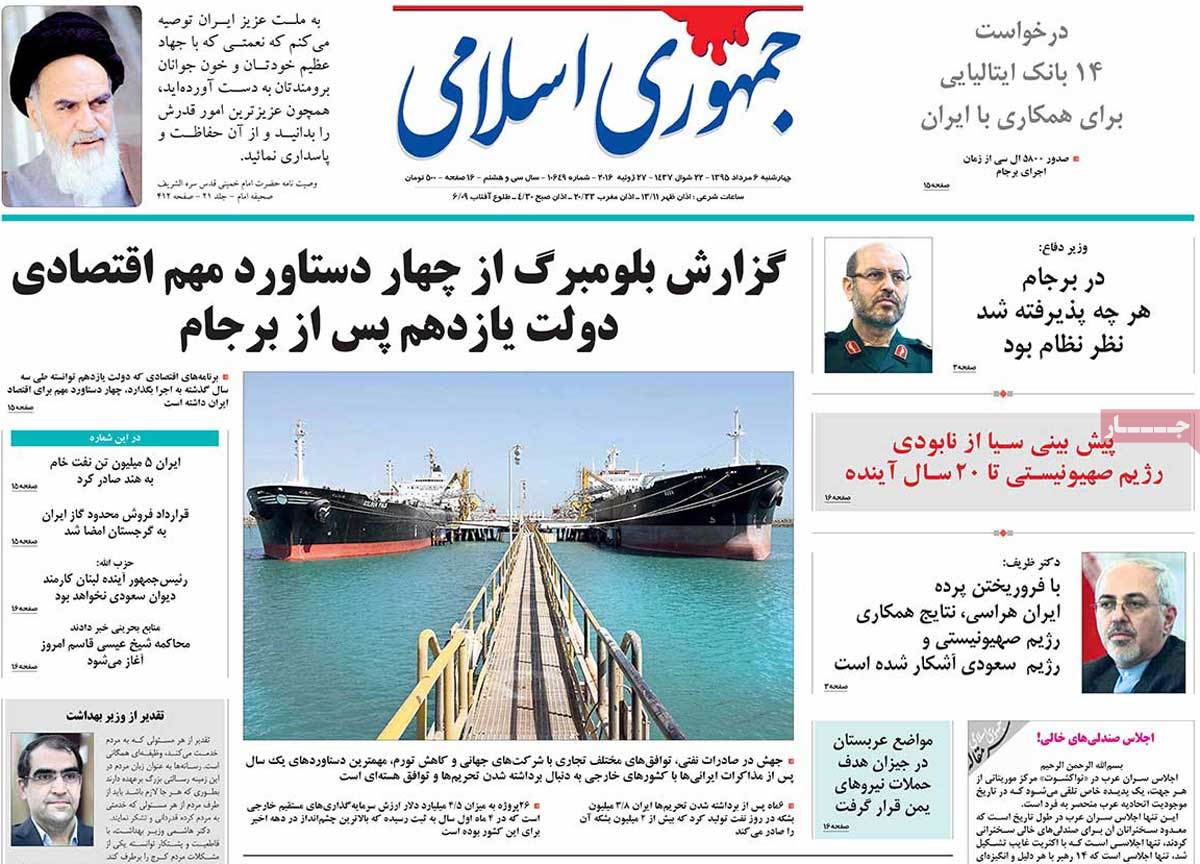 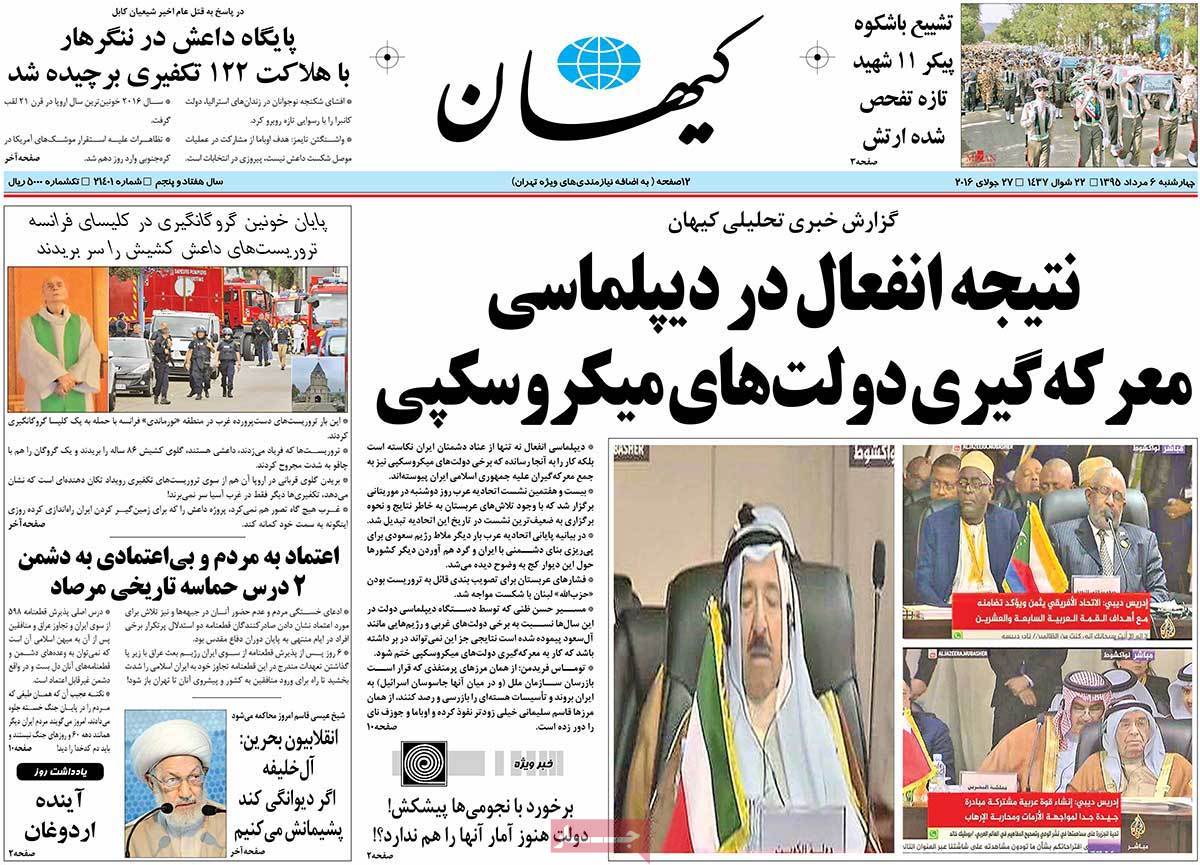 1- Europe Afraid by Lone Wolves: French Priest Beheaded by ISIS and Shootings in Berlin and Sweden 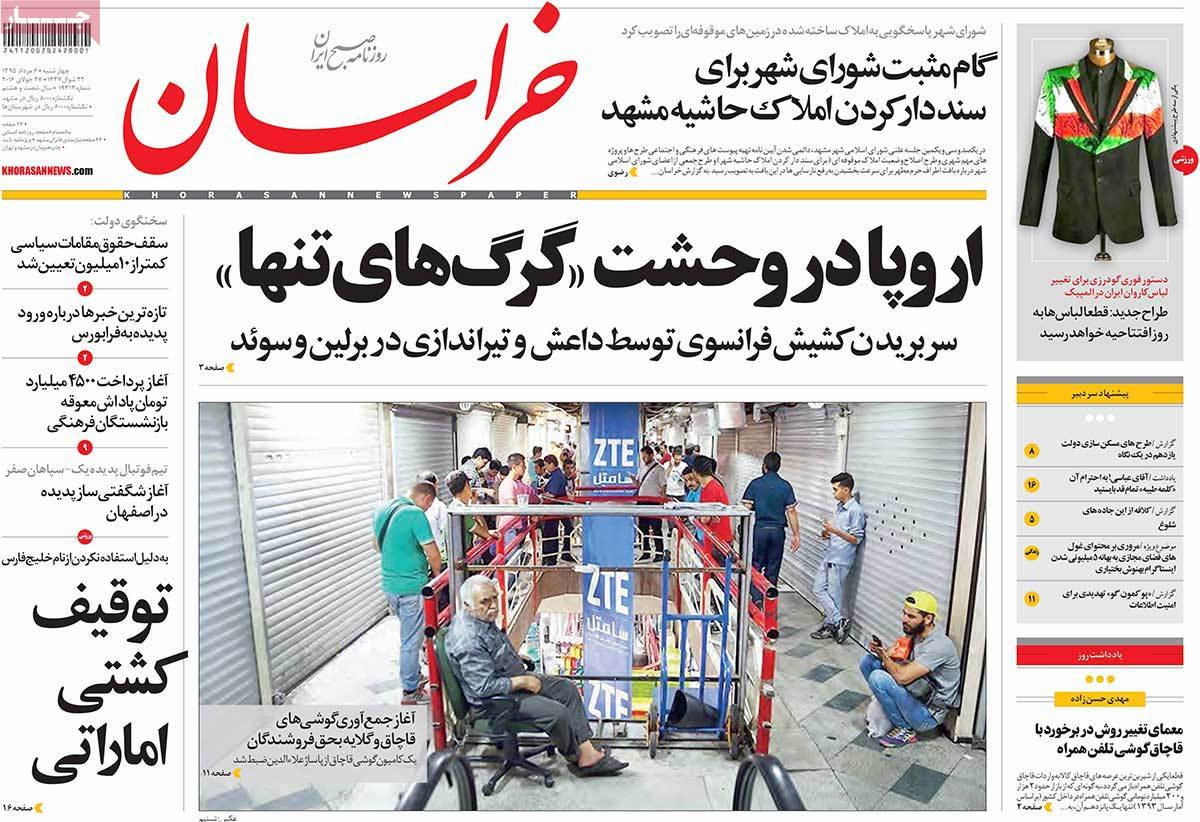 1- Conservatives Should Prepare Themselves of City Council Elections

2- Iran’s Hands in Counteracting US Violation of Its JCPOA Promises Is Not Tied: Leader’s Advisor

3- Lavrov: US Had Direct Role in Formation of ISIS 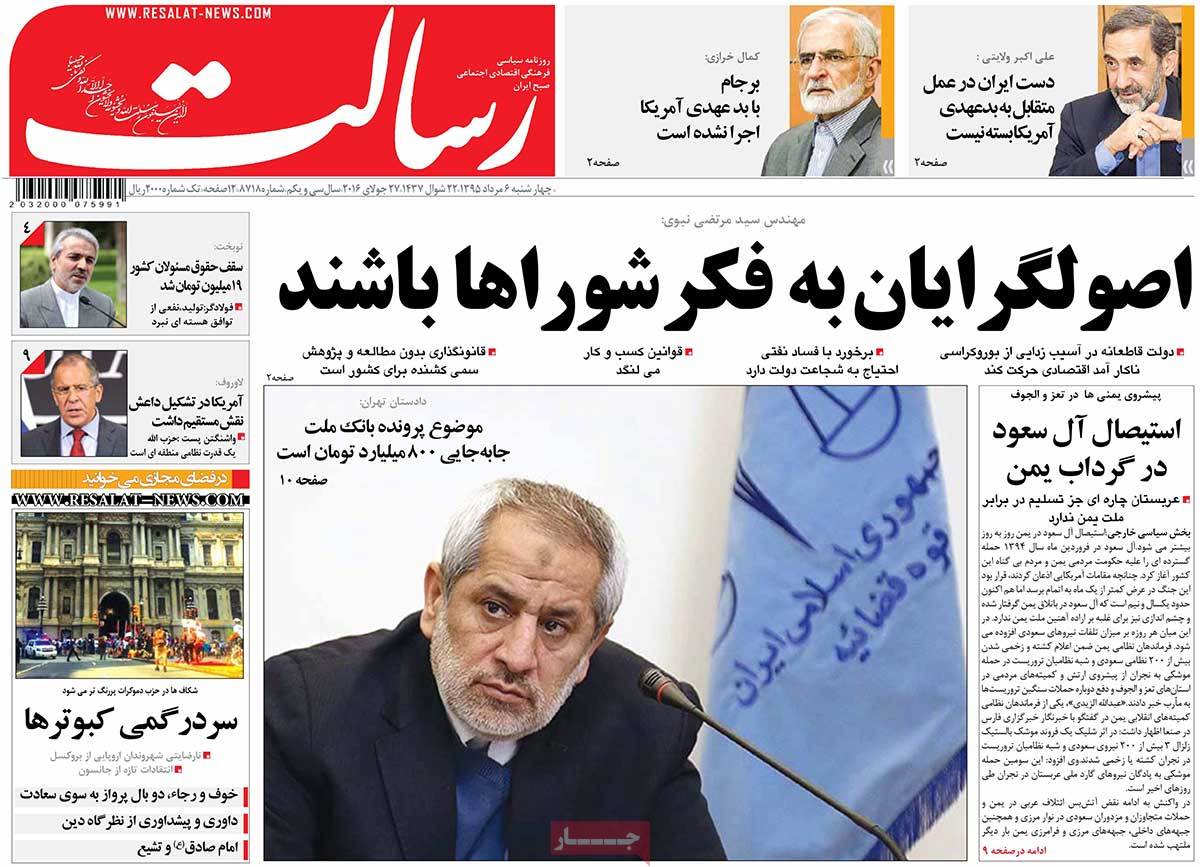 1- Monthly Salaries of President and Cabinet Members to Be Less than $2,900: Spokesman 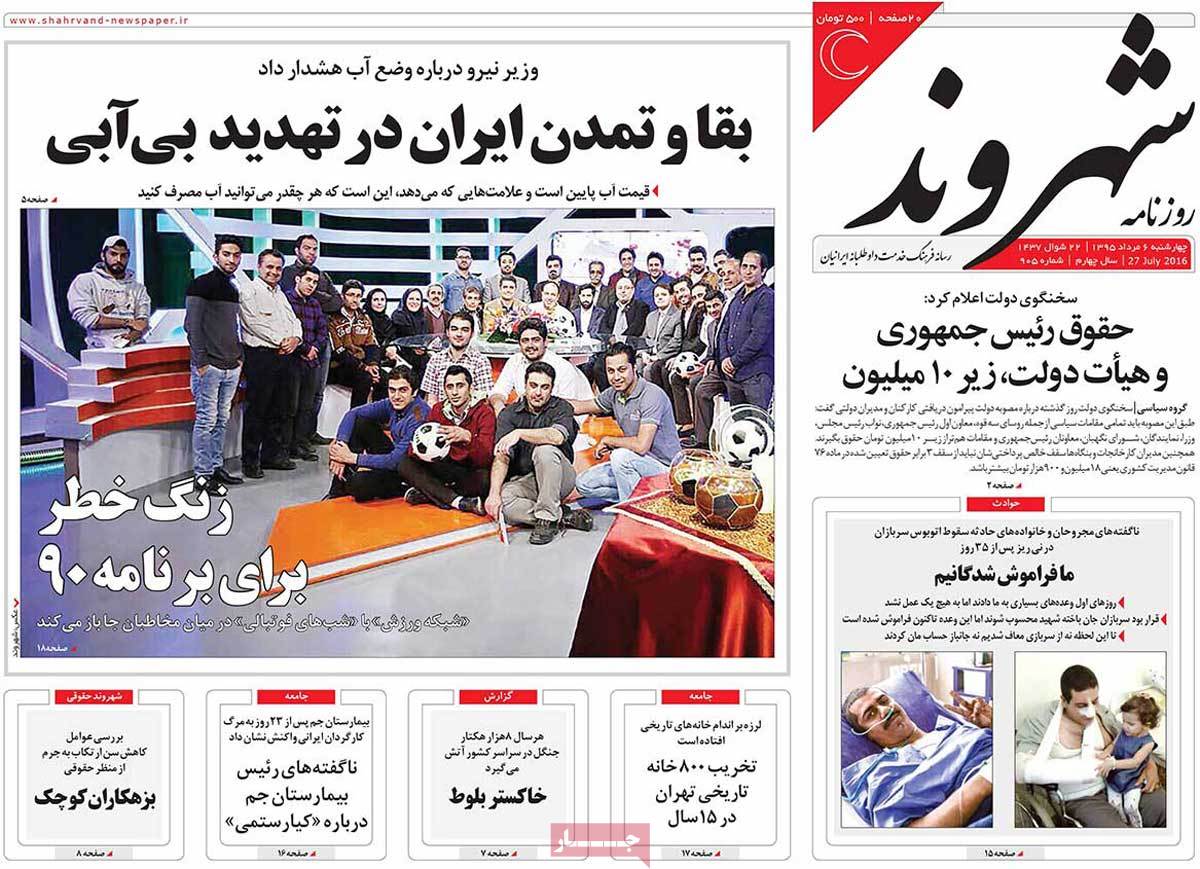 2- Government Spokesman Calls for Punishment of Those Who Attacked Saudi Embassy in Tehran: They Should Pay the Price of What They Did

3- Zarif in Ghana: Wahhabism Is the Main Threat 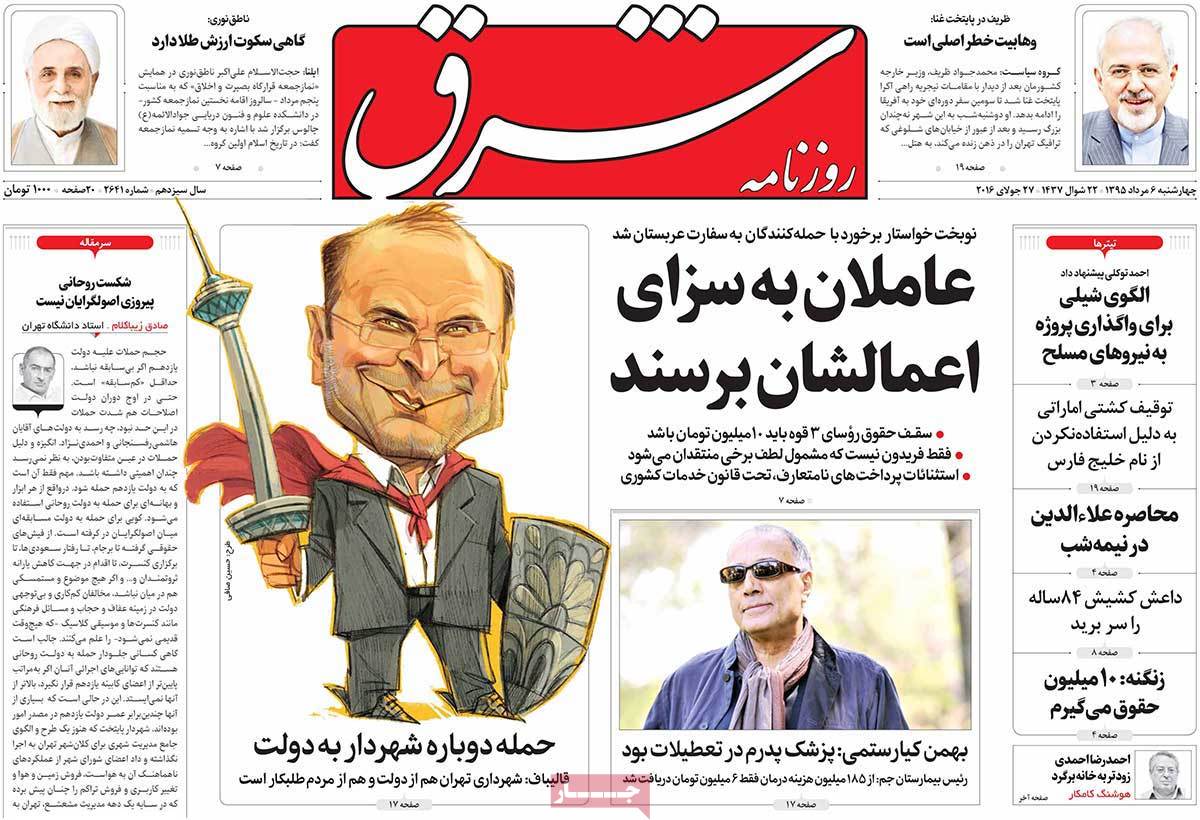 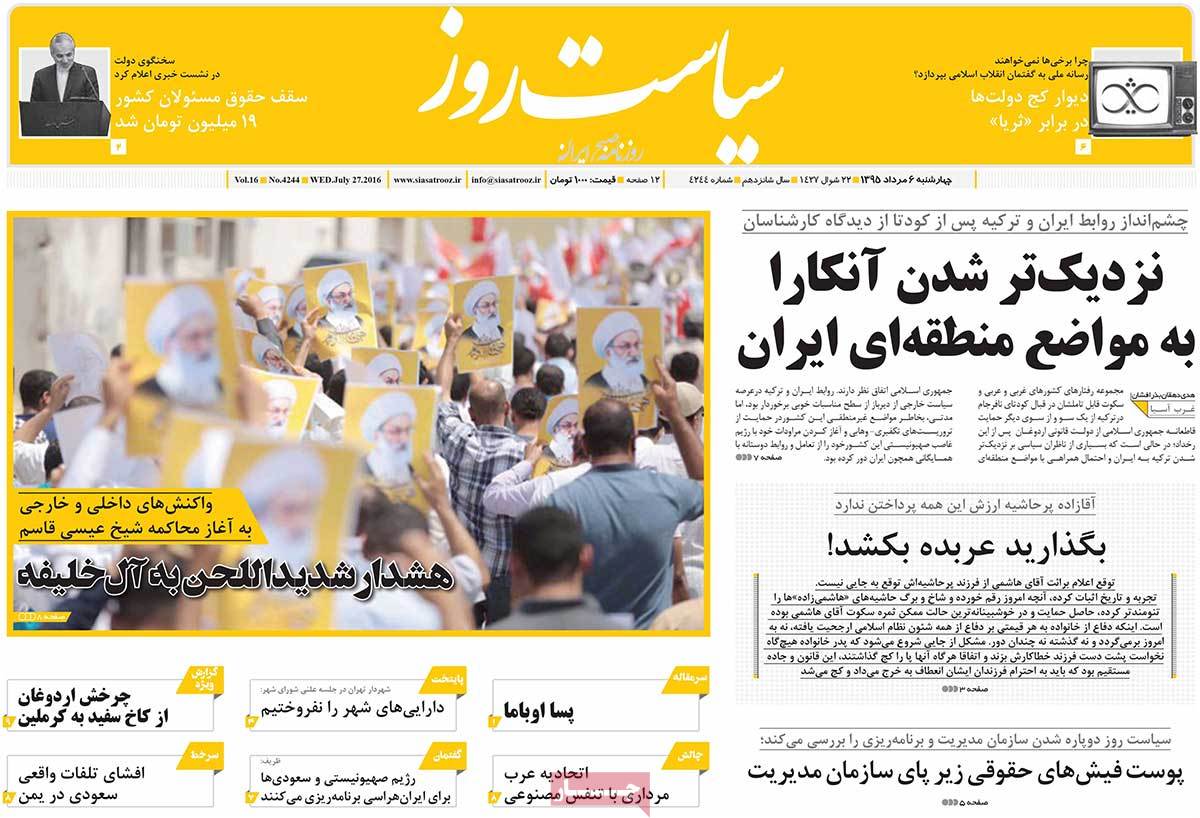 1- Erdogan Should Value Those Who Pour into Streets for Him 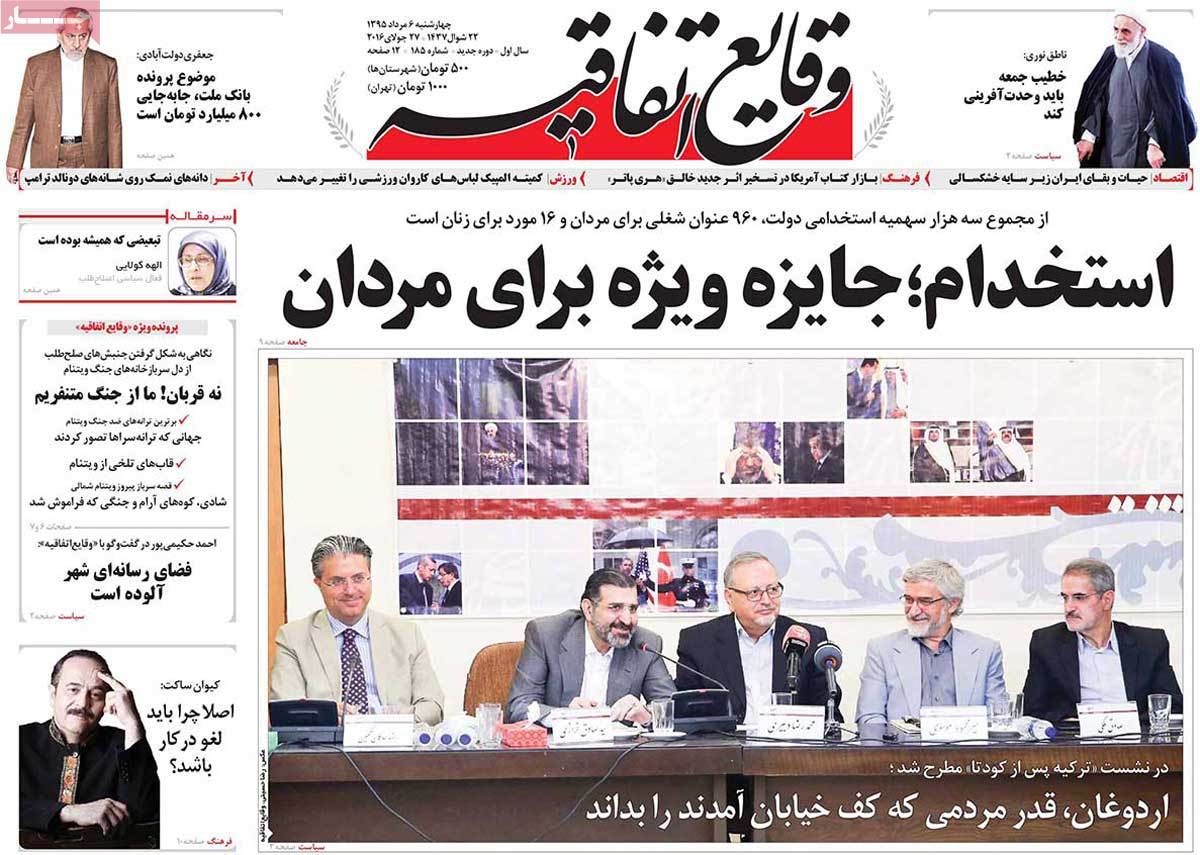