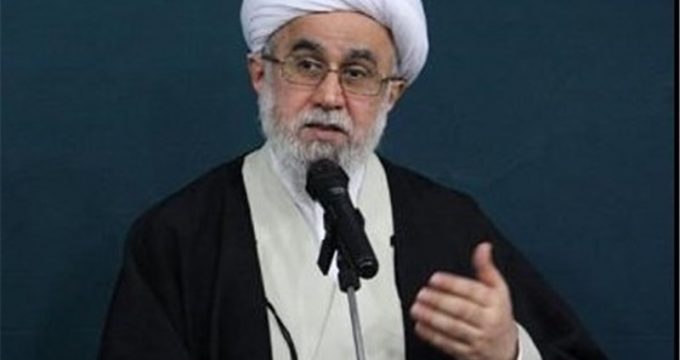 Trial of Sheikh Qassim to cause serious tensions in Bahrain, cleric warns

TEHRAN (Tasnim) – The head of the Islamic-European Union of Shiite Scholars and Theologians warned the Bahraini regime against the consequences of putting prominent Shiite cleric Sheikh Isa Qassim on trial, saying the move will cause serious tensions in the Persian Gulf country.

Speaking to the Tasnim News Agency, Ayatollah Reza Ramezani-Gilani pointed to the possibility that Sheikh Qassim, the spiritual leader of Bahrain’s Shiite majority, would be put on trial soon, saying that the people of the Arab country back the cleric and oppose the trial.

The possible move by the Bahraini regime will expedite the collapse of the Al Khalifa regime, said the cleric, who is also the Friday prayers leader of an Islamic center in Hamburg.

He further emphasized that those who follow the developments in Bahrain are aware that Ayatollah Sheikh Qassim not only has never fanned the flames of divisions in the country but also has played a major role in keeping the popular protests peaceful.

Sheikh Qassim will reportedly go on trial in August for alleged “money laundering” amid simmering tensions after the Manama regime decided to revoke his nationality.

The regime announced on June 20 that the citizenship of Sheikh Qassim has been revoked, accusing him of sowing sectarian divisions.

Bahrain, a close ally of the US in the Persian Gulf region, has been witnessing almost daily protests against the ruling Al Khalifa dynasty since early 2011, with Manama using heavy-handed measures in an attempt to crush the demonstrations.

Amnesty International and many other international rights organizations have frequently censured the Bahraini regime for the rampant human rights abuses against opposition groups and anti-regime protesters.