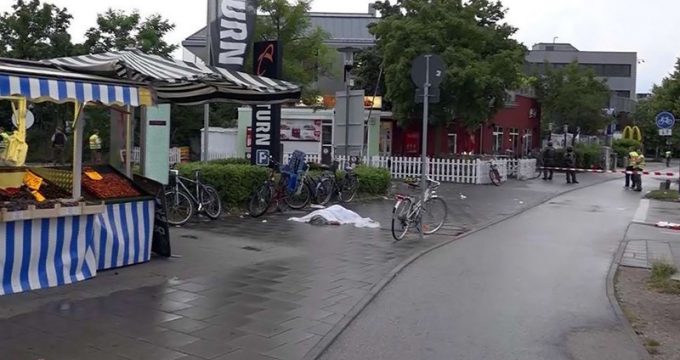 A senior Iranian diplomat says there is no connection whatsoever between the Munich rampage, reportedly carried out by a German teen of Iranian descent, and the community of Iranian expatriates in Germany.

“The German police sees no link between the attacker and the refined Iranian community,” Iran’s Consul General in Munich Abdollah Nekounam said on Saturday, ISNA reported.

He added that the Germans will continue to look upon the Iranian society in a positive and favorable light.

Nekounam noted that he had held detailed talks with the Munich Police Chief, Hubertus Andrae, and one of his deputies on Saturday, a day after at least nine people were killed in a shooting at a major shopping center in the southern German city of Munich.

The Iranian diplomat said they mainly discussed the police account of the incident from its beginning to the end and personal information regarding the attacker and his possible motives.

On Friday, an 18-year-old man, said to be German-Iranian, with no criminal record went on a shooting spree at the Munich Olympia Shopping Center, killing nine people. Twenty others were also injured in the shooting.

The motive behind the shooting is not clear yet. German authorities said they had no immediate evidence of a radical motive.

The attacker was later found dead of a suspected self-inflicted gunshot wound.

“Today, fighting terrorism in whatever form and place should be considered as a serious and immediate demand of the international community and human conscience and the top priority by all countries in an international consensus,” he said.

A state of emergency has been declared in Munich, the country’s third biggest.