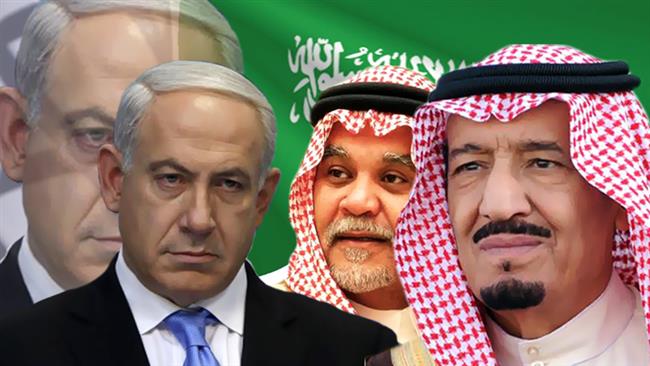 Alwaght- When the September 11 attacks took place in 2001, there appeared reports suggesting that some Saudi nationals were among the attackers.

However, due to the Saudi Arabian interventions and pressures, the speculations ceased to develop around the case at that time.

But today the relations of Washington and Riyadh are witnessing deep gaps over the two sides’ policies in West Asia region.

The US President Barack Obama said during his visit to Australia that West Asia was no longer an advantageous region for the US, adding that his country’s priority has shifted to the East Asia, as well as Eastern Europe. In fact, the Americans are moving away from West Asia. This is why rifts emerged in US-Saudi Arabia ties over the Syrian conflict and Iran. This division more than ever paved the way for Riyadh’s drawing closer to the Israeli regime.

Actually, Saudi Arabia and the Israeli regime share almost similar expectations from the US on the West Asian issues. But at the time being, the situation between Riyadh and Washington is troubled.

It must be taken into consideration that two groups in the US comment on this issue. First, the leftist Tea Party members of the House Committee on Foreign Affairs who argue that links of some of Saudi nationals to the 9/11 terrorist attacks must be revealed so that the families of the victims and those affected could demand compensations from Saudi Arabia. The compensation financially is not a case for the Saudis, rather, what matters for them in the current circumstances is the notoriety that could make Riyadh pay a high cost.

On the other side, recently, the UN issued a report, accusing Saudi Arabia of genocide in its war against the neighboring Yemen. The kingdom, however, was claimed to have paid money to stop process of a Security Council’s vote against its acts in Yemen. Therefore, now an undercover war is under way between Saudi Arabia and the American Tea Party leftists.

Second, on the other side, the White House is not that much interested to allow the case of Saudi links to 2001 terror attacks come to surface again, because the US is only months away from the presidential election and so President Obama does not want the case to overshadow the election campaign of Hillary Clinton, the official Democrats’ nominee for the November presidential election. So, the situation has become a little complicated, and therefore it is not yet obvious how the White House would ultimately deal with the case.

There is a possibility that the argument keeps standing unconcluded until next president of the US is elected. What is clear is that President Obama is not willing to maneuver on the case because it could affect the election, and it could end up working against Hillary Clinton.

Furthermore, it should be noted that Hillary Clinton holds close ties with the Arab and Jewish circles, and a part of her campaign money is provided by them. As a result, the Democrats are not interested to raise the case of Saudi 9/11 links as they know that it could influence the results of upcoming election.

Additionally, Saudi Arabia has an investment worth $750 billion in the US economy, and it has several times threatened that it would pull its money out the US economy should the latter makes uncovering on the case.

Now, deep gaps are existing between Saudi Arabia and the US, with their political effects much bigger than their economic effects. President Obama tries to prevent further deterioration in the two sides’ relations until he leaves the office.

Meanwhile, the Islamic Republic of Iran could seize the opportunity to use the anti-Saudi evidences to condemn the kingdom internationally to make it more than ever graceless in the eyes of the global community. However, despite deep divides of Tehran and Riyadh, and although they managed to call the global attention to this case after their rift over attack on Saudi embassy in Tehran, Tehran has failed to use in a propagandistically effective way the anti-Riyadh documents of 9/11.