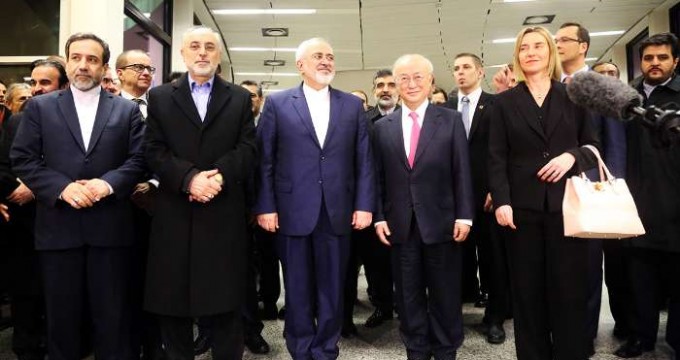 The United States has criticized a report by the United Nations Secretary General Ban Ki-moon on the implementation of an agreement reached between Iran and the world powers.

Tehran has on various occasions asserted that the issue of Iran’s defense programs is clearly excluded from the nuclear agreement, known as the Joint Comprehensive Plan of Action (JCPOA), reached between Iran and the P5+1 group of countries on July 14, 2015.

The US, Russia and Iran have all slammed the report, saying it violates the spirit of the deal.

Power (pictured above) added that, “while some have argued that to be balanced, the report should give Iran a chance to express complaints about sanctions relief under the deal,” the Security Council did not require that Ban report on such issues.

Russian Permanent Representative to the United Nations Vitaly Churkin also told a Security Council session on Monday that the report “is not fitting the necessary business rhythm. The document is politically motivated and goes far beyond the frames of factual summary of the course of the implementation of Security Council Resolution 2231.”

“It can potentially work towards undermining the agreements reached,” Churkin (pictured below) noted. “Some of the provisions of the Secretary-General’s report have no relation to his mandate, nor to the terms of reference of (the UN) resolution or the (nuclear deal).”

On March 9, Iran successfully test-fired two ballistic missiles as part of a military drill to assess its defense capabilities. The missiles dubbed Qadr-H and Qadr-F were fired during a large-scale drill, code-named Eqtedar-e-Velayat.

Resolution 2231 adopted on July 20, 2015 provides for the termination of the provisions of previous Security Council resolutions on the Iranian nuclear program and establishes specific restrictions that apply to all states without exception.

The resolution calls upon Iran not to undertake any activity related to ballistic missiles designed to be capable of delivering nuclear weapons, including launches using such ballistic missile technology.

Iran, however, has repeatedly announced that the missile launches are not against the Security Council resolution.