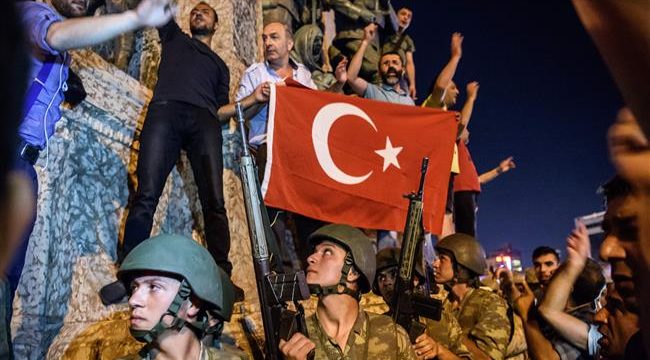 Almost 9,000 Turkish officials have been dismissed from their jobs as Turkey escalates the crackdown following a failed coup attempt.

Sources in Turkey’s Interior Ministry said Monday that a total of 8,777 public personnel were discarded from their official positions since the coup against the government was declared over two days ago.

The officials, who spoke to the state-run Anadolu agency, said one provincial governor and 29 governors of towns were among the dismissed officials.

Turkey has been engaged in a sweeping crackdown on those believed to have played a role in the coup attempt which began on Friday and left more than 200 people killed. Officials said more than 100 plotters were additionally killed until the government rule was restored on Saturday.

Prime Minister Binali Yildirim said earlier in the day that more than 7,500, most of them soldiers, have been detained over the coup attempt. He said over 750 judges and prosecutors were among the suspects.

President Recep Tayyip Erdogan vowed on Saturday to bring those responsible for the coup to justice, saying Turkey will no longer allow plotters to occupy official positions. He said plotters will pay a “heavy price” for what they did to the security and stability of the country.

Erdogan has blamed the US-based cleric Fethullah Gulen and his followers for orchestrating the coup.

Gulen has denied the allegations, warning that the brief action to topple the government has become a pretext for Erdogan to consolidate his power and go after the opponents.