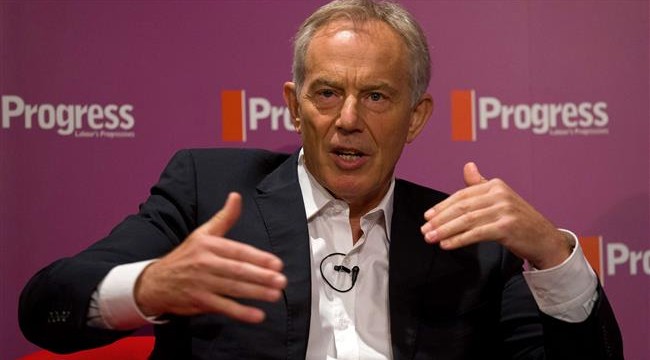 A leading Middle East commentator has told Sputnik Tony Blair’s international reputation has been damaged over his decision to go to war against Saddam Hussein, leaving him “almost semi-broken” amid “inconsistencies” in his Middle East relations.

Blair emerged shaken, following the release of the Chilcot Inquiry report into the reasons for going to war in Iraq in 2003.

Although not blaming him for lying or misleading parliament, the report was critical of his government’s acceptance of flawed intelligence reportsof Saddam Hussein’s weapons of mass destruction and of its failure to prepare militarily and strategically for the effects of invasion.

Chris Doyle, a commentator on the Middle East and Director of the Council for Arab-British Understanding, told Sputnik:

“Chilcot has certainly damaged his reputation, but it had already been damaged over the complete strategic failure of Iraq.”

“You could argue that his Iraq failure really lead him to leave office in any event. So he has already been damaged by it. This will only remind people of that.”

“It will damage his international standing. He is a very capable individual, and I think he will continue to have various contracts and business dealings. He still remains more popular outside of Britain than within it. I wouldn’t be surprised to see Tony Blair recover from this — to an extent.

“It’s clear, emotionally he is almost semi-broken. You can see that it has taken its toll on him. He looks physically as if it has, as well as psychologically. He is being held responsible for a completely devastating disaster in which 179 British servicemen died, but quarter-of-a-million to a million Iraqis were killed. You would have to have a very thick skin not to be affected by that,” Doyle told Sputnik.

A year after the invasion, Blair made a controversial visit to Libya to meet Colonel Gaddafi, who had been linked with the 1988 Lockerbie bombing, which killed 259 people, as well as the murder of Yvonne Fletcher, a British police officer fatally shot during a protest outside the Libyan embassy at St James’s Square, London, in 1984.

Blair intended to warm up relations and the visit precipitated a number of trade deals, including oil contracts.

“There are a lot of inconsistencies in the way in which Tony Blair conducted his relations in the Middle East, both as prime minister and afterwards. He is famous, of course for the toppling of one dictator, Saddam Hussein, but then [for brokering] also this deal with Gaddafi, which also led on to various dealings with the Gaddafi regime [when Blair was] out of office,” Doyle told Sputnik.

“He would argue — and there’s some truth in it — that the deal with Gaddafi led to the removal of chemical weapons from Libya and the disarmament of what weapons of mass destruction it had. Therefore, it was worth it. But, did too much happen? Did too many business deals flow from that? The normalization of relations with the Libyan authorities was perhaps too fast?”

“Did Europe and the US not play their hands wisely enough to ensure there was real and lasting change in Libya that might have meant that there wasn’t the obvious disastrous intervention in 2011?”

In the Libyan intervention in 2011 led to the toppling of Colonel Gaddafi, but has left the country is a state of civil war ever since, leaving a vacuum which has been exploited by Daesh, also known as ISIL, in a strikingly similar way that Iraq remained destabilized after the 2003 invasion. Blair had a hand in both.

After the publication of the Chilcot report on July 6, Blair made an impassioned — almost desperate — attempt to defend himself. His performance was one of somebody who was clearly under pressure. He appeared to be brittle, emotional and clearly somewhat shaken by what was a very damning verdict of the Iraq Inquiry.

“I think he was highly defensive — as indeed he should be. As the report so clearly highlights, Britain went to war without having really prepared. It went to war on the basis of faulty intelligence. It didn’t exhaust all the options to avoid war and there was no imminent threat from the Iraqi regime. So much of what Tony Blair has said over the last 14 or 15 years, was completely undone,” Doyle told Sputnik.