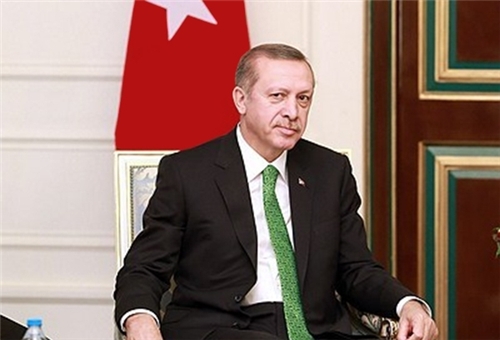 Turkey has been the target of numerous terrorist attacks of late. On June 29th, a terrorist attack on an Istanbul airport left 41 dead and hundreds more injured. ISIS received blame for the tragedy from so-called experts in the Western press. The New York Times editorial staff wrote an op-ed the next day to give its opinion on what led to the ISIS attack. The article argued that the attack is best explained by Turkey’s intransigence to the benevolent motives of US empire.

The New York Times is a corporate instrument of misinformation and a mouthpiece of the US war machine. The editorial on the terrorist attack in Turkey is no different. While the article makes a passing claim that “Turkish officials allowed great quantities of arms and thousands of extremist foreign fighters to pass through its border into Syria,” it leaves out the all important explanation as to why Turkey would support terrorists in the first place. Turkey’s support of terrorism was ultimately minimized and misinterpreted as an underestimation of ISIS. However, the terrorist attack in Turkey has everything to do with the war of destabilization that the Turkish government has waged on Syria alongside its imperialist allies beginning in 2011.

Turkey has been a critical player in the war on Syria. As a NATO member and European Union (EU) hopeful, Turkish President Recep Tayyip Erdogan has avidly pursued a neo-Ottoman dream of expansion into Syrian territory. In 2009, then Prime Minister Amet Davutoglu announced that Turkey would pursue the annexation of lands it had lost in the early 20th century. The drive for expansion would start in 2011 and end in 2023. He based this declaration on a romanticized notion of the former Ottoman Empire. Not only did the year Davutoglu mention align with the first influx of foreign rebels into Syria, but his comments also support broader US, NATO, and Israeli plans to redraw the map of the Middle East through the destruction of independent nations in the region.

The New York Times doesn’t give the Turkish government the credit it deserves for fueling the Syrian war. Instead, it throws Turkey under the proverbial bus by blaming its close ally for not taking ISIS seriously. The editorial claims that Turkey has only just begun to follow US orders to conduct airstrikes and operations against ISIS. This is not the first time one of Washington’s mouthpieces blamed Turkey for its regional problems. In 2014, Vice President Joe Biden listed Turkey as one of many US junior partners responsible for the rise of ISIS.

The full picture of Turkey’s relationship to the regional interests of global imperialism provides a better explanation as to why Turkey would come under continued distress from terrorist forces. Turkey has spent the last half-decade utilizing its border as a terrorist training ground. Turkish intelligence, in collaboration with the CIA and NATO, has provided everything terrorists would need to wreak havoc in Syria. In April of this year, it was reported that at least 5,000 jihadists made their way into Syria from its shared border with Turkey.

The NYT editorial also leaves out the deep relationship the Turkish government has developed with ISIS. In January, a captured ISIS fighter admitted to trading stolen Syrian oil with Turkey. The New York Times mentions how Turkey is “vulnerable” to ISIS but makes no comment on how direct support for the Islamic State could make the country more prone to terrorist attacks, especially in light of recent developments. Turkey has recently mended (for now) its deeply broken relationship with Russia. Russia has been a staunch ally of the Syrian government. Could the terrorist attack in Istanbul be retaliation? If left with only so-called “journalism” like the New York Times, one would never know to ask this question.

Furthermore, Turkey has played a central role in the refugee crisis created by imperialist war. The European Union (EU) and Turkeybrokered a refugee deal in March of 2016.  The deal prevents millions of refugees caught between its borders from making their way to Europe. Turkey received 3.3 billion dollars for declaring itself the primary home for victims of the largest human trafficking operation not seen since the slave trade. It has been reported that terrorists have posed as refugees in order to gain entrance back into Turkey. The massive influx of refugees taken in by Turkey and the government’s support for terrorism has made blowback inevitable.

But the corporate New York Times would like readers to believe that terrorism in Turkey is a product of the Turkish government’s failure to take Washington’s guidance. This is the same Washington that has funded, armed, and trained terrorists alongside Turkey since the beginning of the war on Syria. It is also the same Washington that has failed to hit a single ISIS-held oil fieldin Syria after declaring war on the group in 2014. So to give Washington the moral high ground when it comes to fighting terrorism is not only dishonest, but ludicrous as well. Washington and Turkey, as well as Israel and the Gulf Monarchies, have played a joint role in the destruction of Syria and the proliferation of terrorism worldwide.

The New York Times editorial attempts to marginalize the context behind the terrorist attack on Turkey in order to keep workers in the US from questioning the true character of US foreign policy. US legitimacy around the world is rapidly unraveling. The profiteers that control the US political system are afraid the same will happen inside of its own borders. War no longer distributes spoils to any segment of the population except among the owners of extreme wealth. As terrorism continues to afflict its sponsor countries, expect more workers and oppressed people to question its root cause. And expect the New York Times to cover up Washington’s role in inciting terrorist blowback every step of the way.

This article was written by Danny Haiphong for American Herald Tribune on July 3, 2016. Danny Haiphong is a activist and radical journalist in the Boston Area.