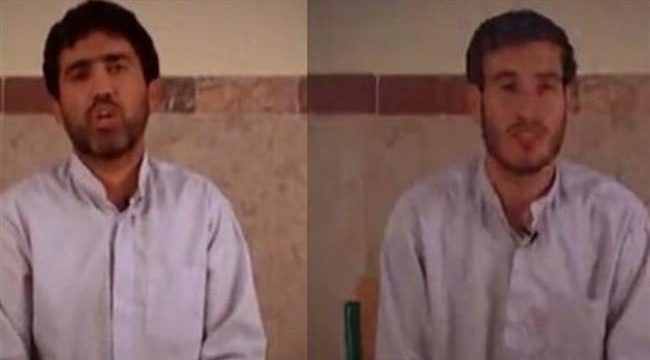 Iran’s Intelligence Ministry has released confessions of two members of the Daesh Takfiri group in which they explain the details of their plot to conduct terrorist attacks in the Iranian capital of Tehran.

In the 15-minute video footage aired on the Islamic Republic of Iran Broadcasting (IRIB) on Monday, the Daesh Takfiris, after their arrest by Iranian security forces, explained in detail how they had obtained their bomb-making devices and materials.

The terrorists said they were paid 600,000 euros to carry out bombing attacks at 50 locations in Tehran and other big cities in Iran.

They also elaborated on how they sought to conduct their terrorist attacks in Tehran, saying they had spent weeks to locate the most populated areas for their operations.

The video for the first time featured footage secretly shot by Iran’s Intelligence Ministry of the terrorists’ movements, vehicles and explosives.

It also showed the footage of the raid by the Iranian security forces on the terrorists’ hideout that led to the Takfiris’ arrest.

The following day, Iran’s Intelligence Minister Mahmoud Alavi briefed reporters on the swoop, saying as many as 10 terrorists were apprehended from June 14 to 20 in Tehran and three border and central provinces.

“They had identified 50 targets for explosive attacks and had prepared the devices needed for some of the targets, while either preparing or receiving the rest,” he said.

The minister said some 100 kilograms of explosives and bomb-making materials had been seized. Security forces also intercepted two tons of explosives during “complex and covert intelligence operations” before they could capture the attackers.

The intelligence minister also announced in May that 20 terrorist cells that had planned to detonate bombs and cause insecurity across the country had been dismantled.