A Look at Iranian Newspaper Front Pages on July 4

Leader of the Islamic Revolution Ayatollah Seyyed Ali Khamenei met a group of Iranian university students on Sunday, July 3. In the friendly atmosphere of the meeting, many students delivered their speeches and asked their questions. Some of them even criticized the Leader while they thought it would have consequences for them, but Ayatollah Khamenei welcomed such criticisms and said that it is not a crime. Almost all newspapers covered the Leader’s remarks in the meeting on their front pages.

The issue of astronomical salaries and the prosecution and resignation of offending executives who received such huge payments also remained a top story in many papers.

The abovementioned topics, as well as several other issues, are highlighted in the following headlines:

1- Don’t Accuse Others of Being Non-Revolutionary: Leader 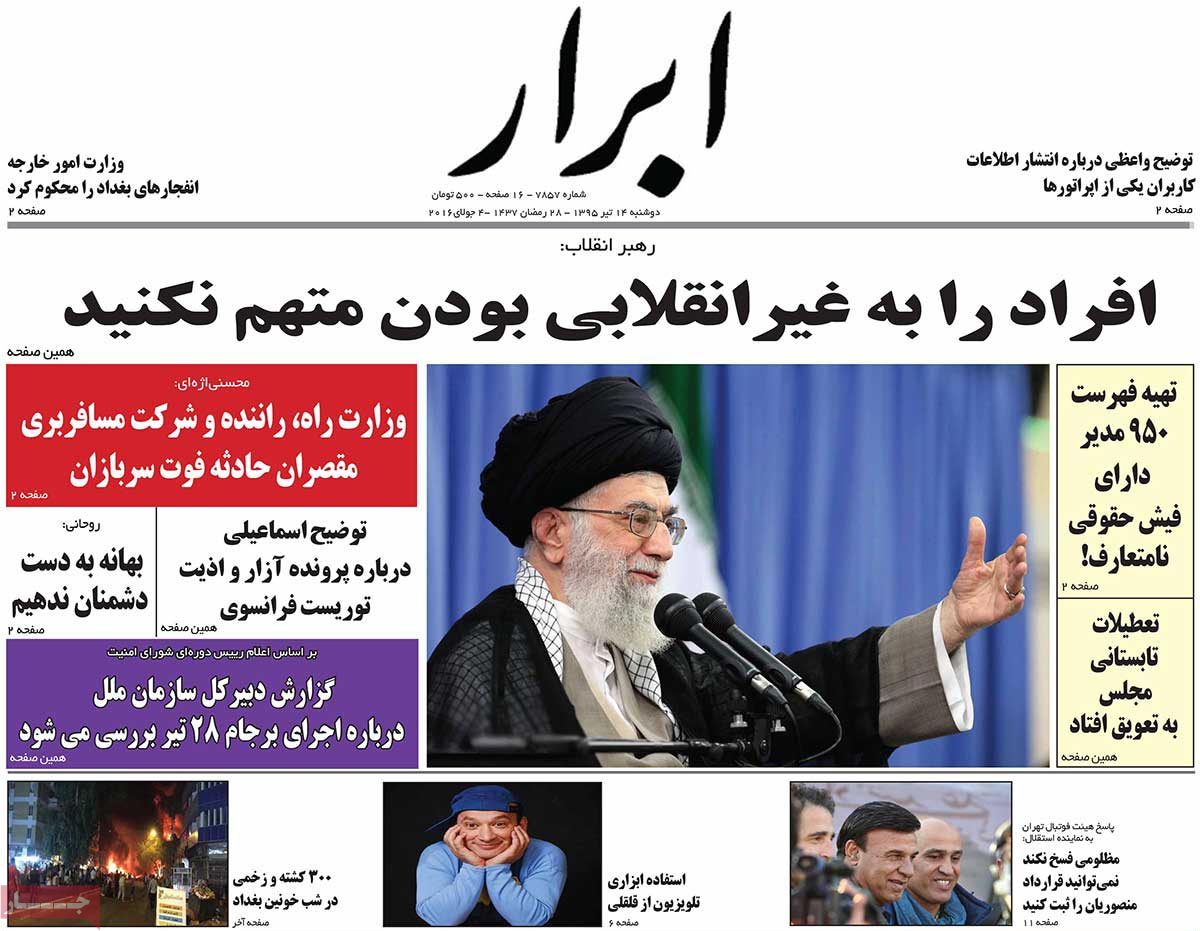 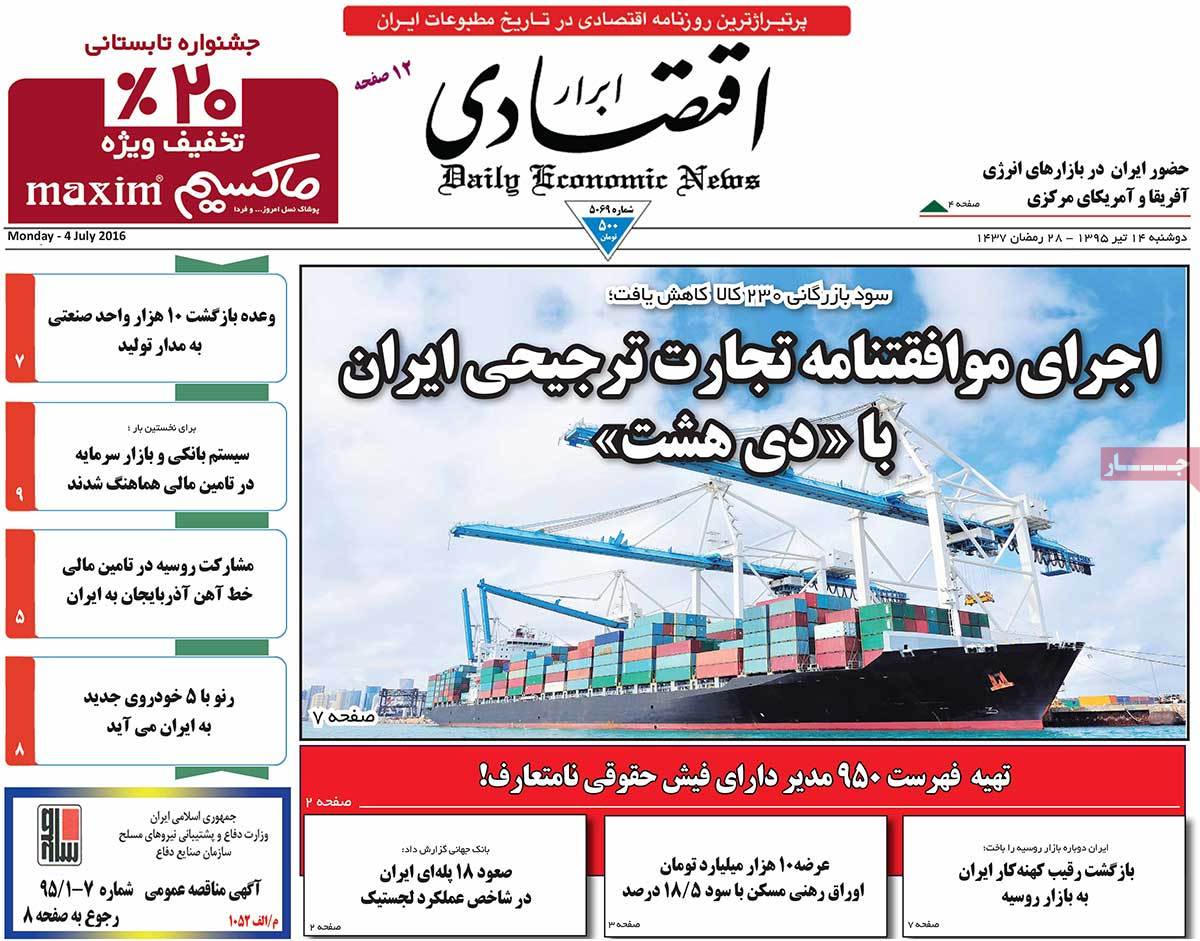 1- It’s Not a Crime to Talk against the Leader: Ayatollah Khamenei

2- Those Who Were Corrupt Yesterday Have Become Today’s Critics! Criminals and Embezzlers Join Critics of Rouhani’s Administration

3- Salary of Iran’s National Development Fund Chief Was Equal to That of Janet Yellen [Chair of the Board of Governors of the Federal Reserve System]!

4- Judiciary Spokesman: Ahmadinejad’s Case Hasn’t Been Forgotten and Is Being Pursued 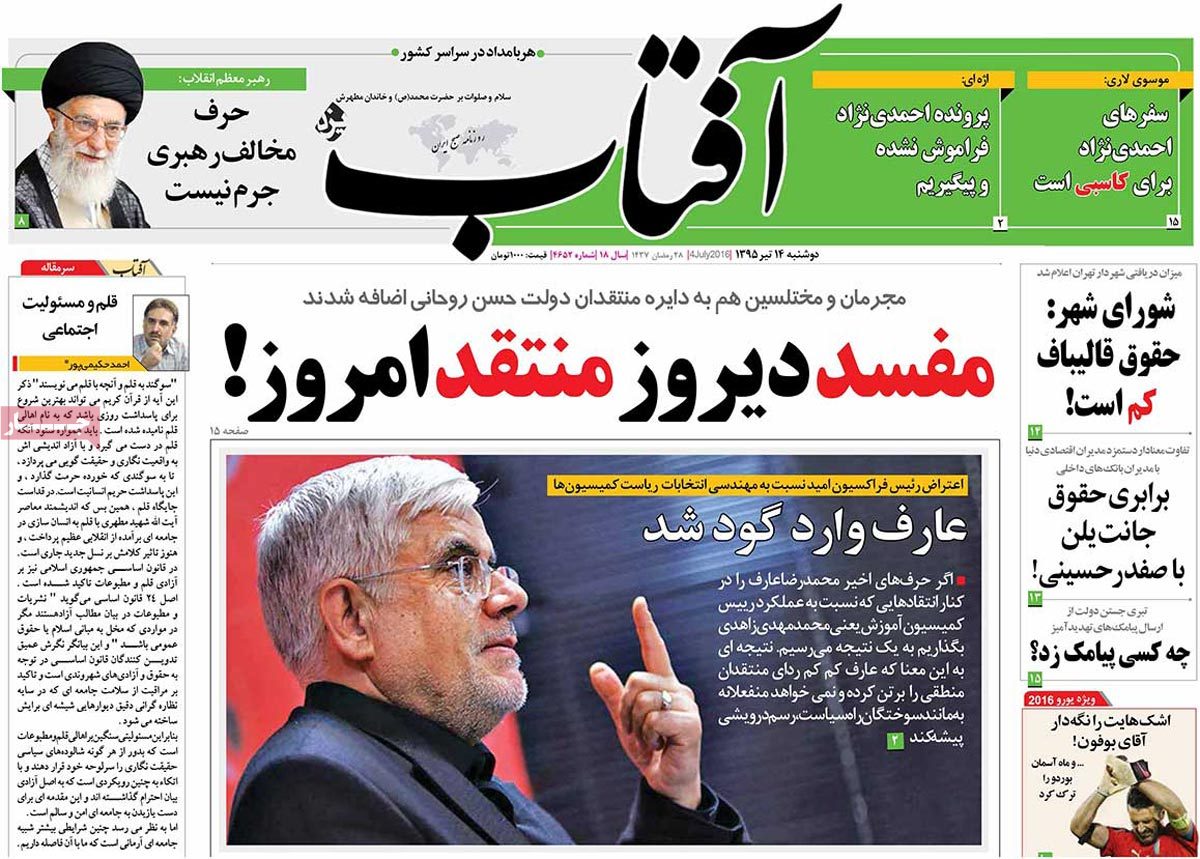 2- In an Address to Parliament, MP Calls for Removal of Presidency Post and Return to Premiership!

3- Reformists Renew Their Allegiance with Rouhani 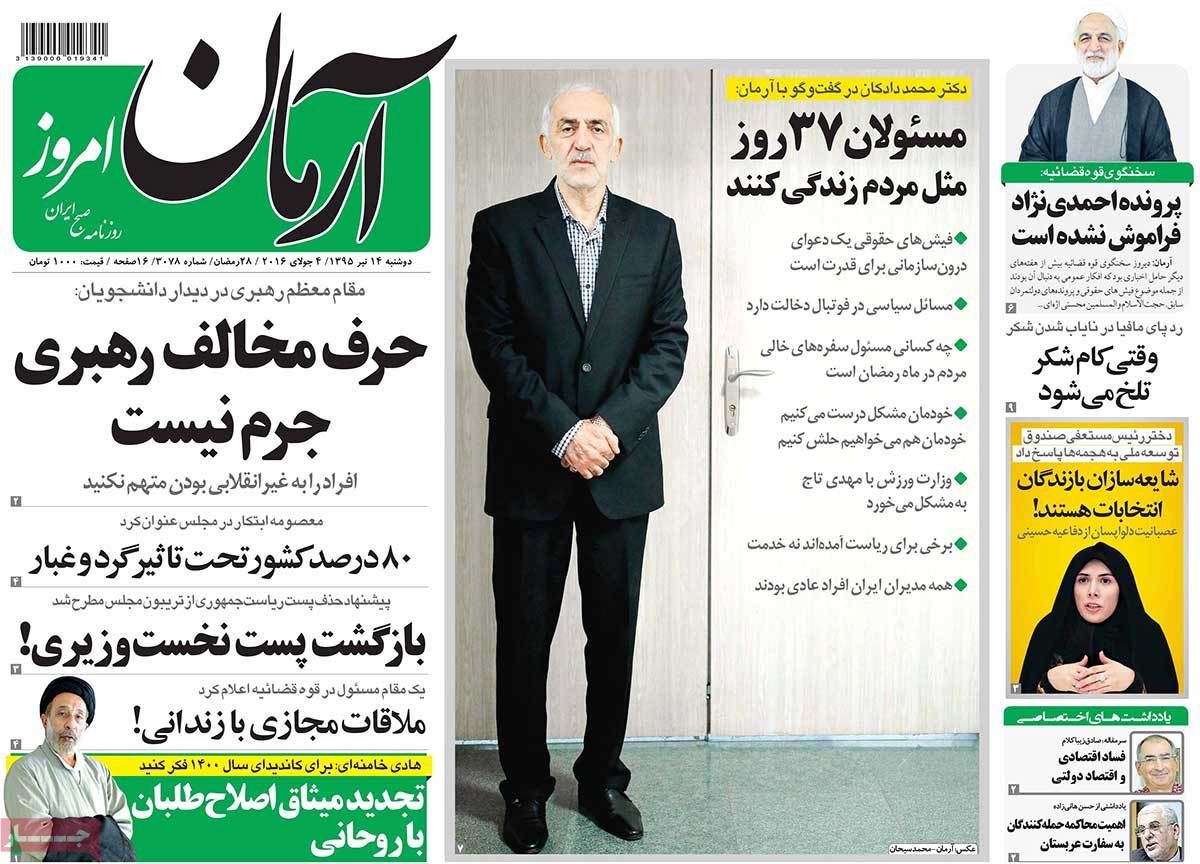 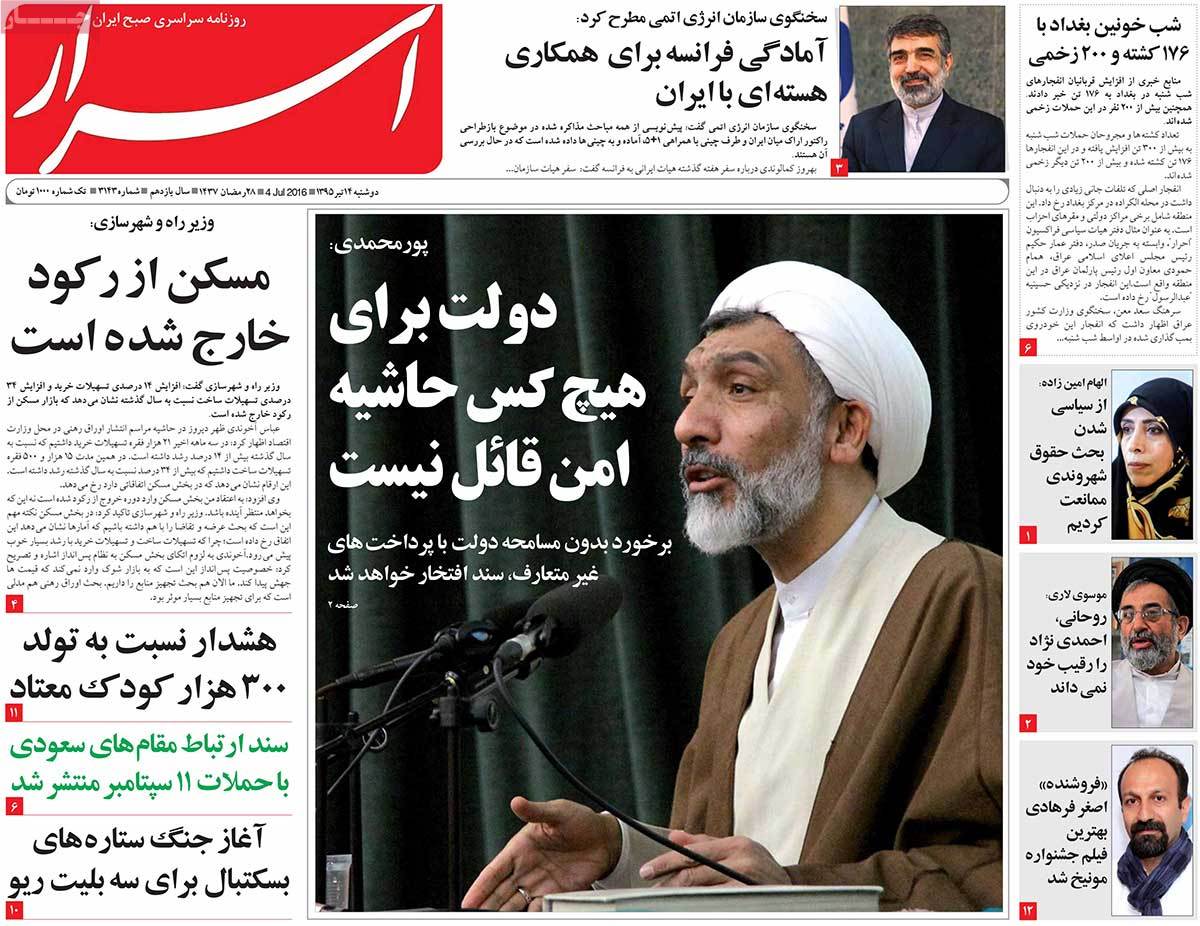 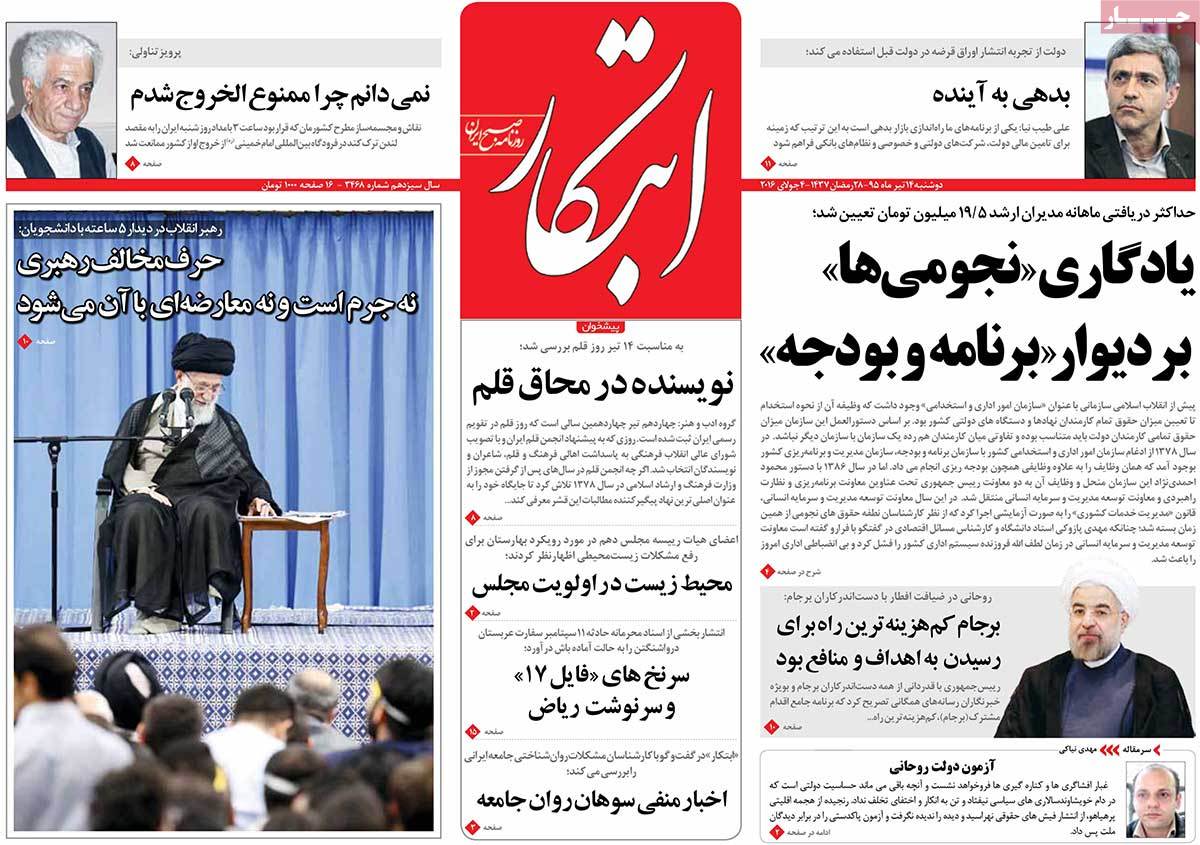 1- It Will Take 30 Years to Fight Dust Pollution: Ebtekar

2- Iran to Suffer from Water Shortage during Summer

3- Warnings about Birth of 300,000 Children Addicted to Drugs 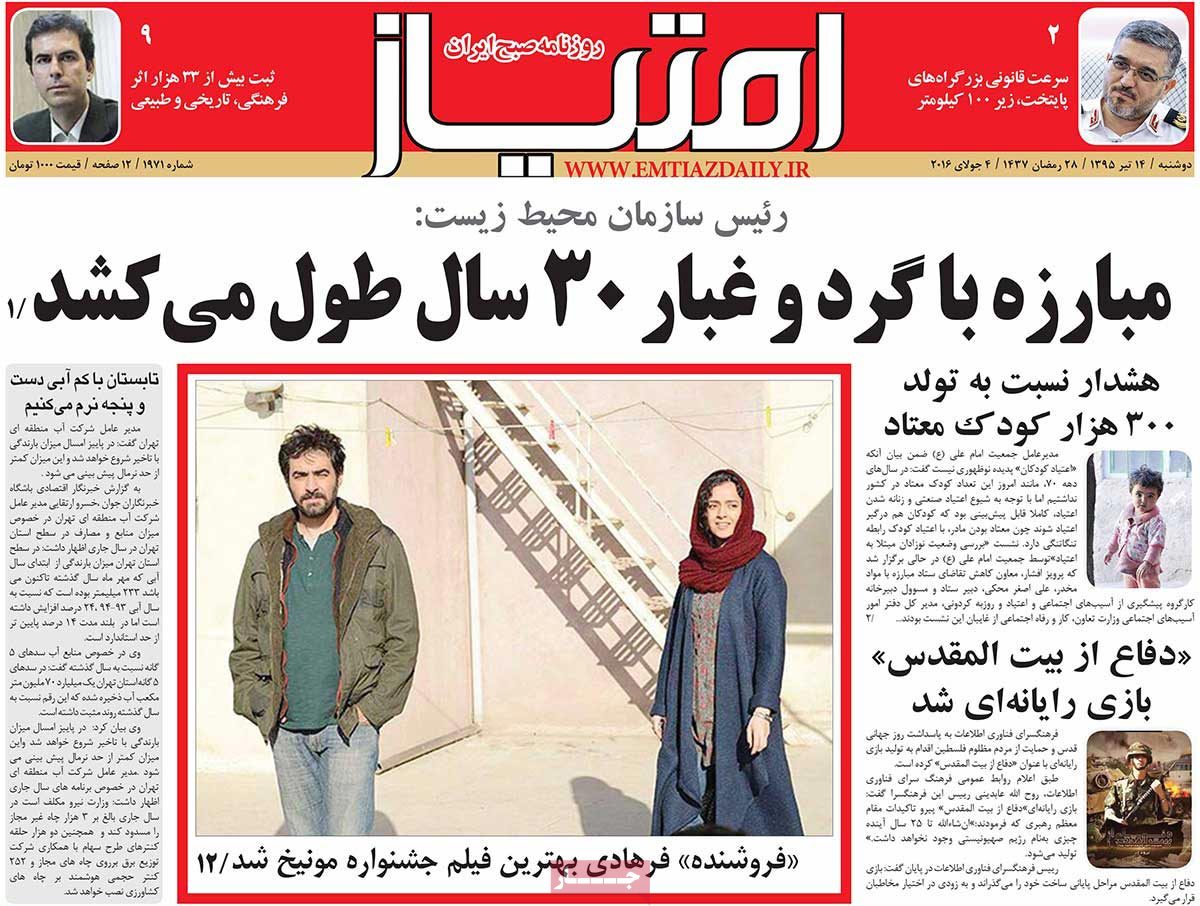 3- Death Penalty of 7 Rangers [who had killed hunters during their missions] Cancelled: Environment Department Chief 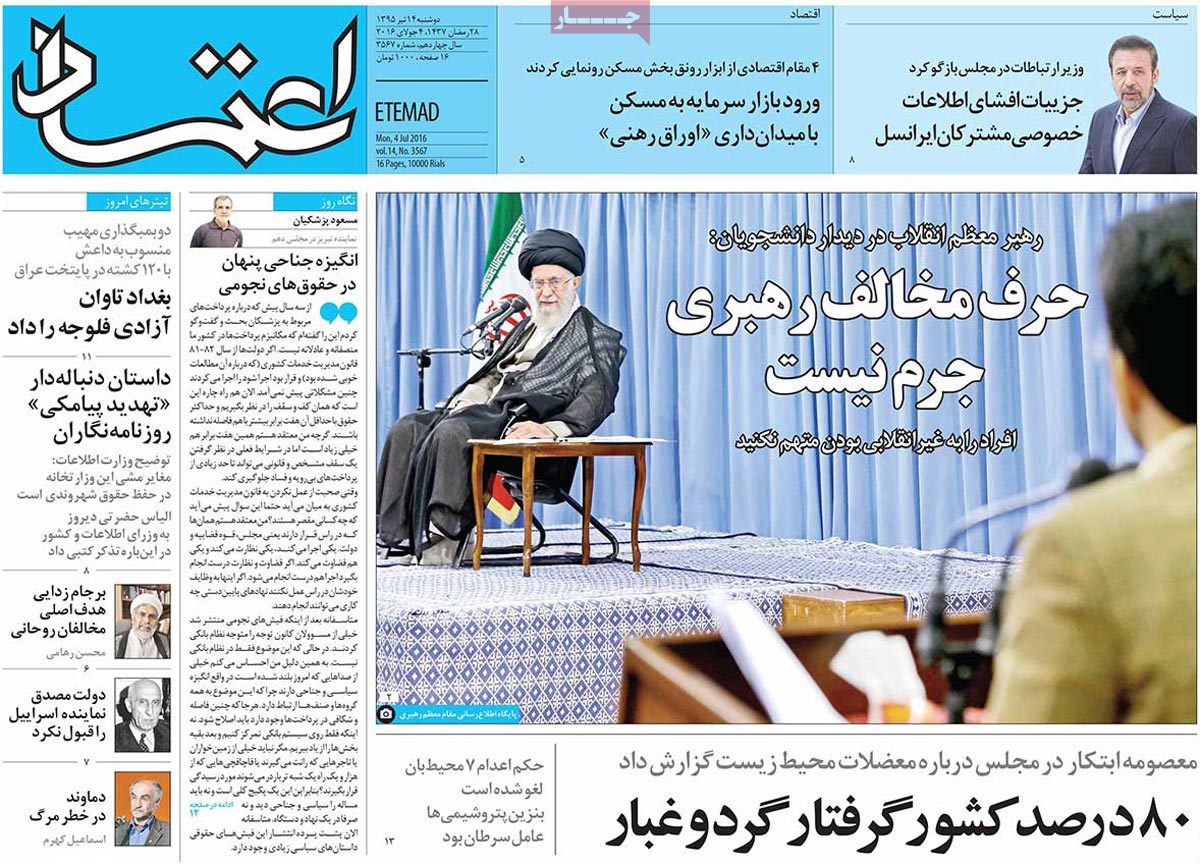 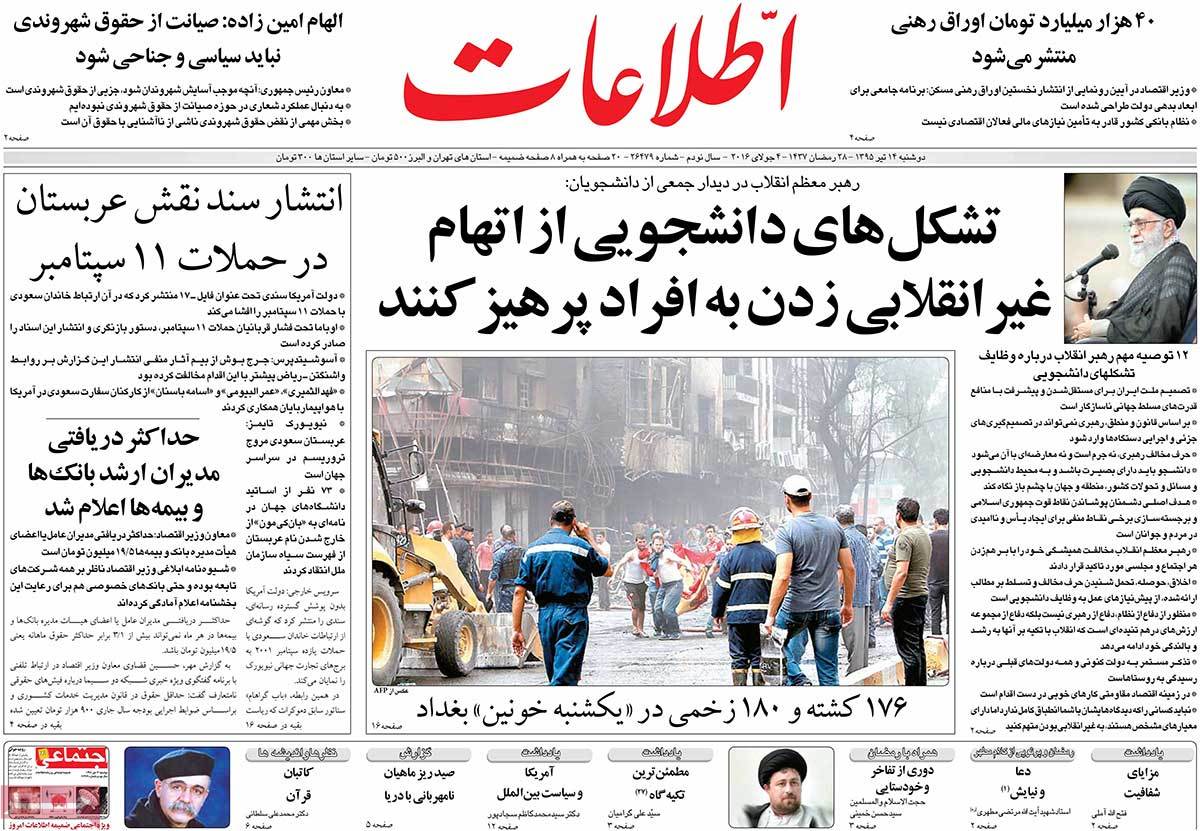 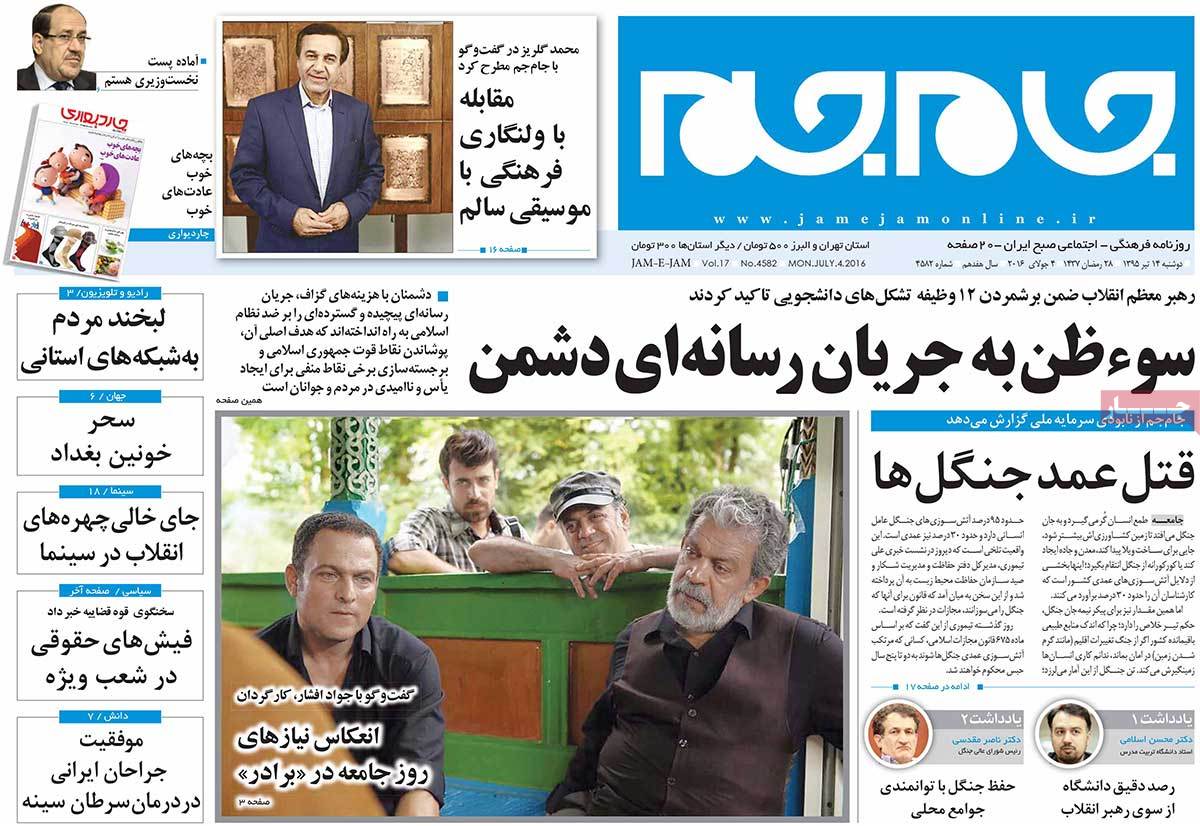 1- I’ll Stand against the US As Long As I’m Alive: Leader

2- I Believe in Outcome of Resistance, Which is Victory: Ayatollah Khamenei

4- Saudi Diplomats Had Kinks with 9/11 Terrorists 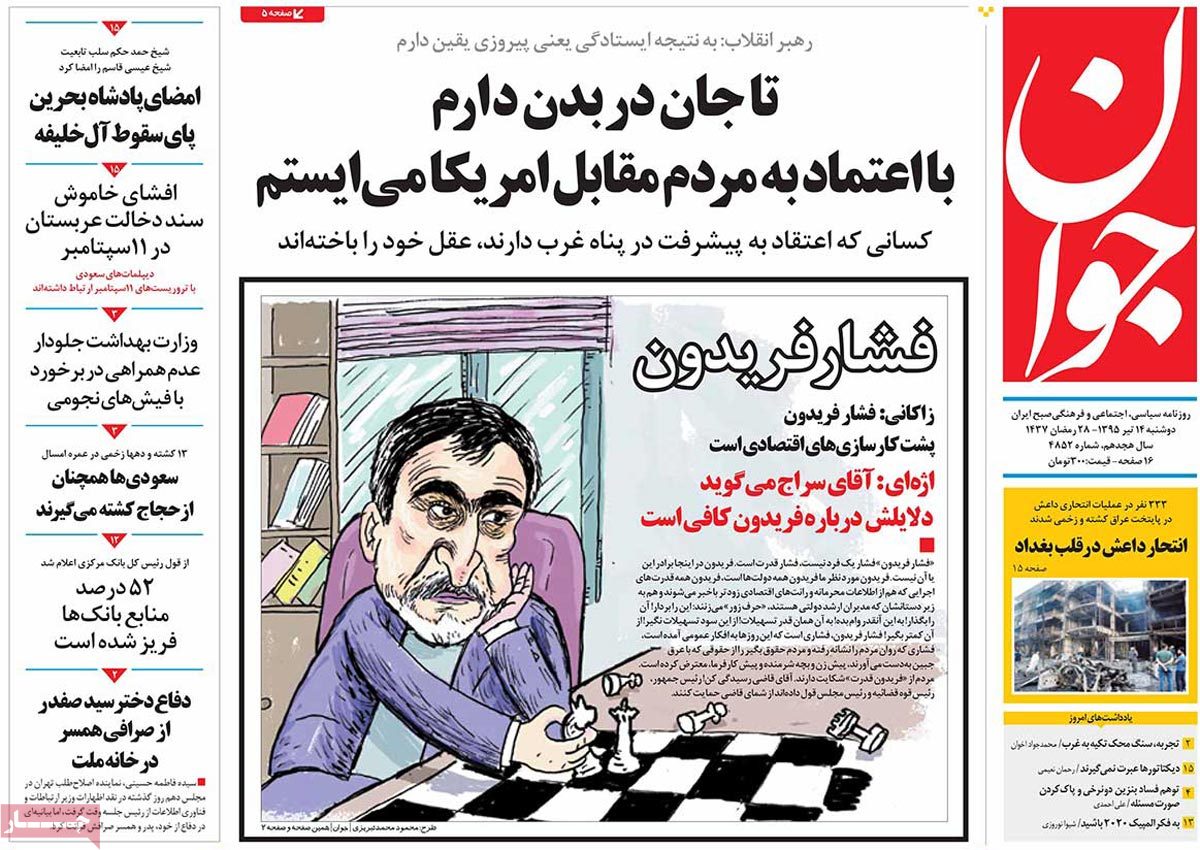 3- Outlook for the End of War in Region [Editorial] 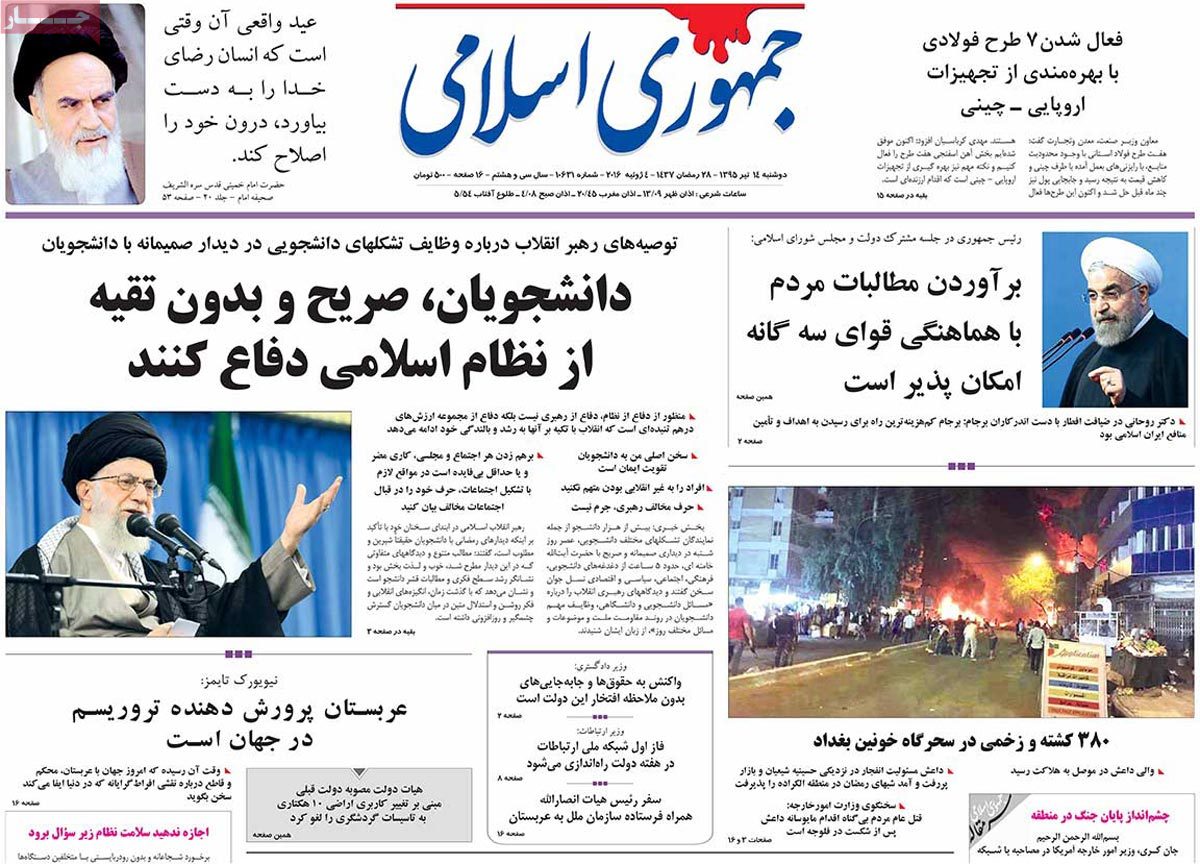 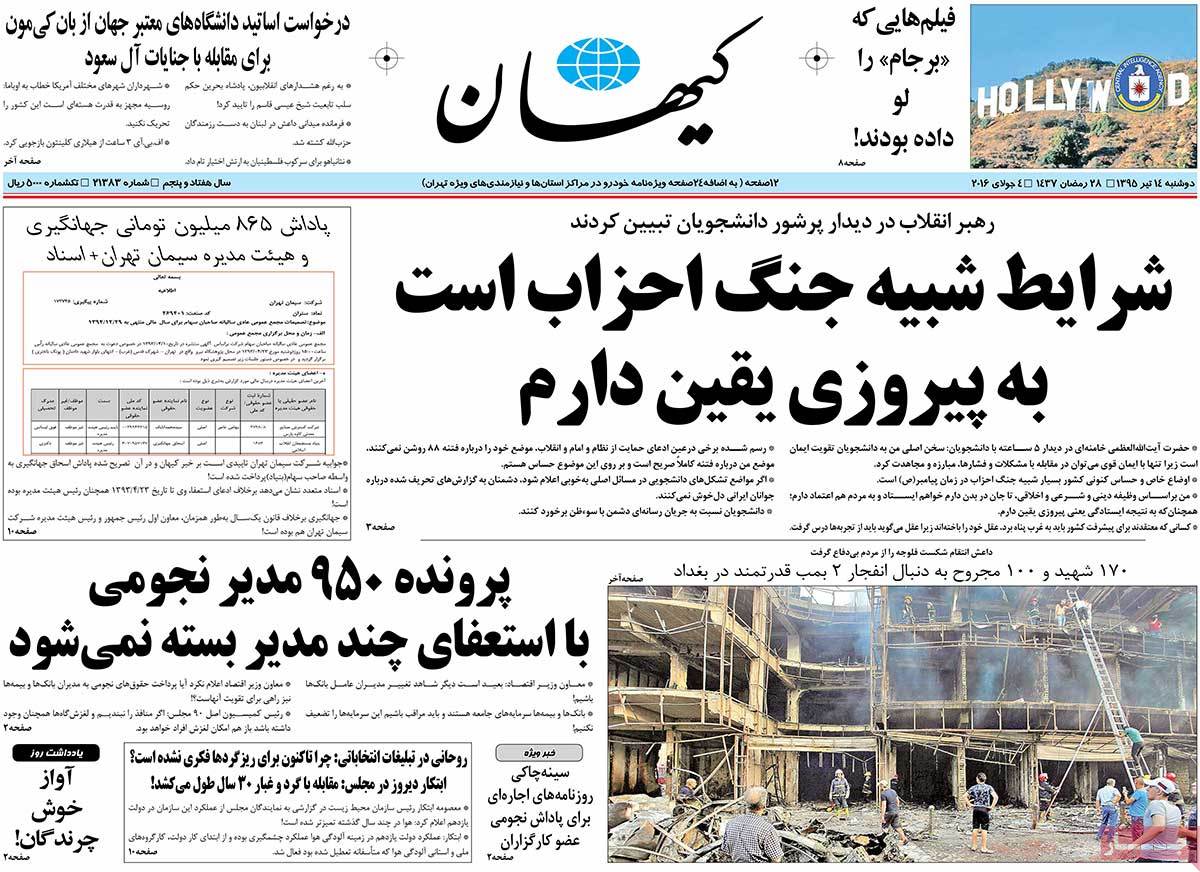 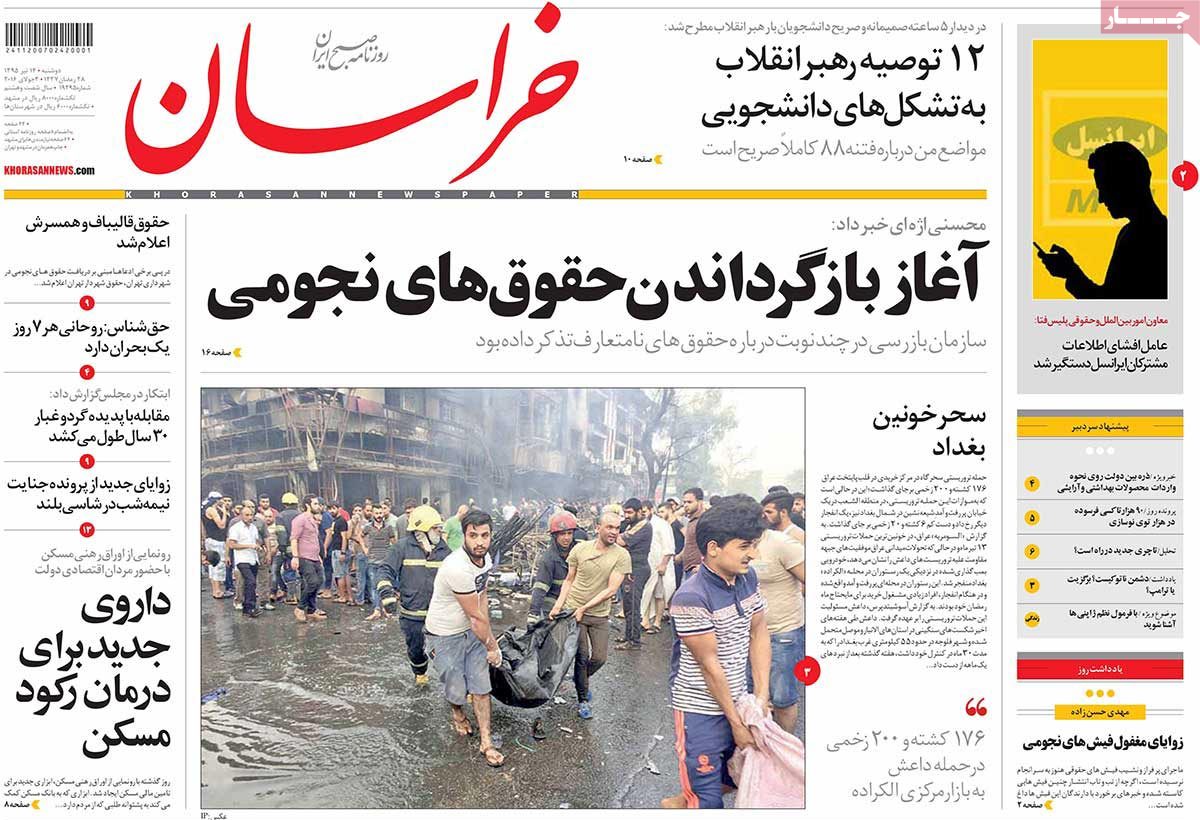 1- Americans Are Pre-Occupied with Enmity towards Iranian Nation: Leader 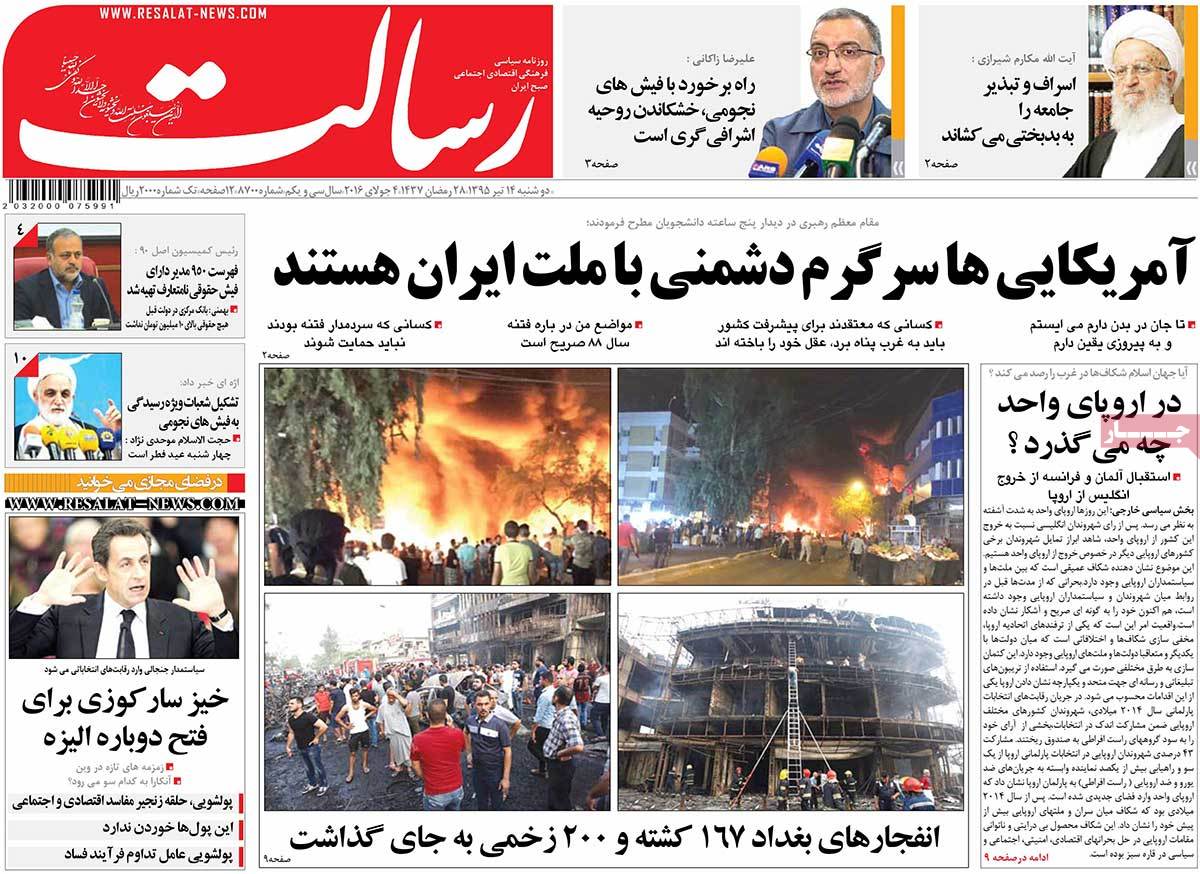 2- Controversies Surrounding the Release of a Secret Document: Saudi Arabia’s Role in 9/11 Bolder than Ever 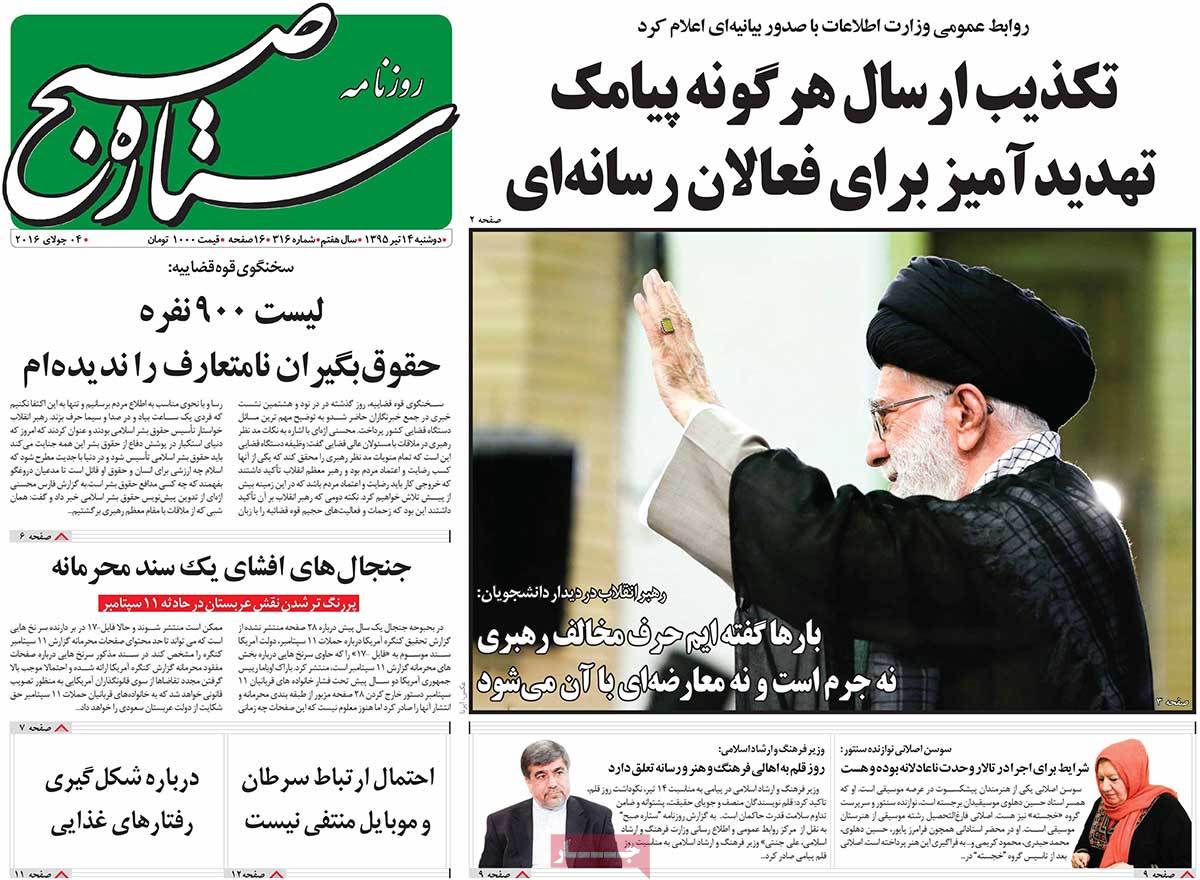 1- Personal Information of 20m Mobile Users Leaked by One of the Country’s Bodies: Minister 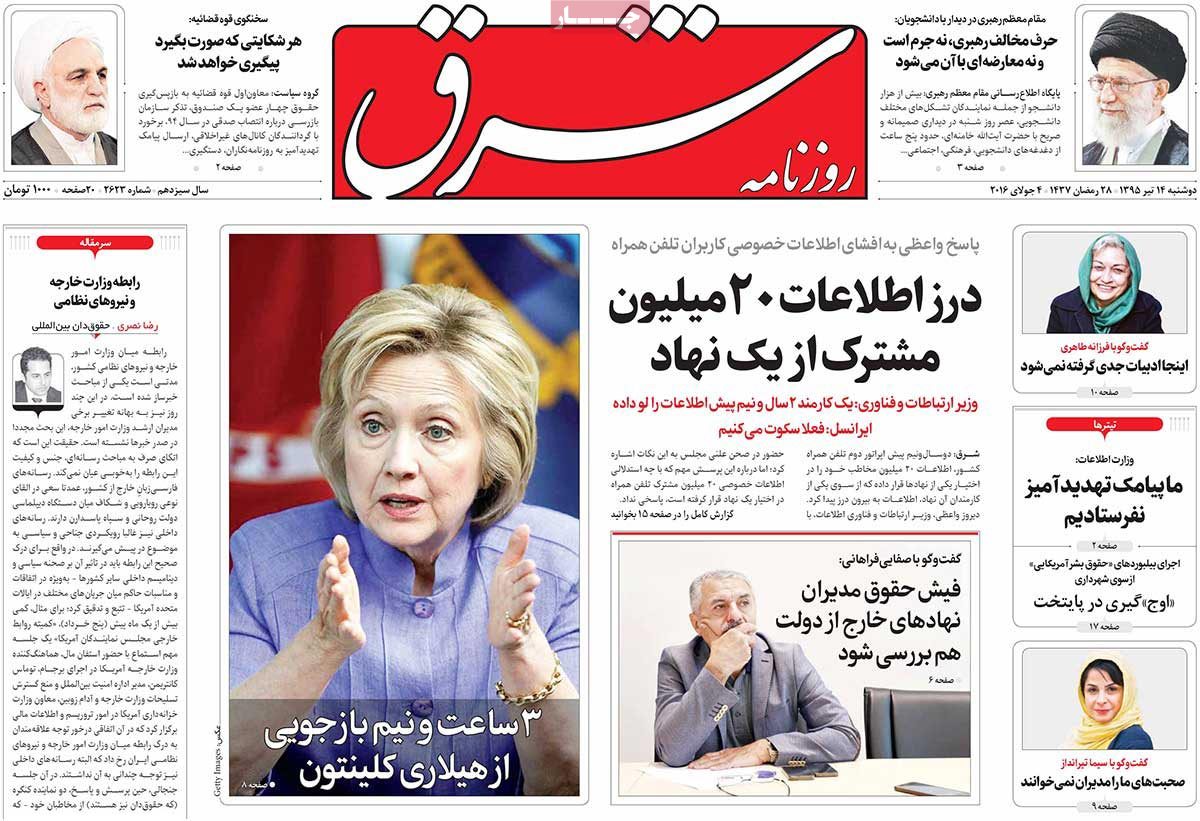 1- Only Those Who Have Lost Their Minds Would Resort to West: Leader 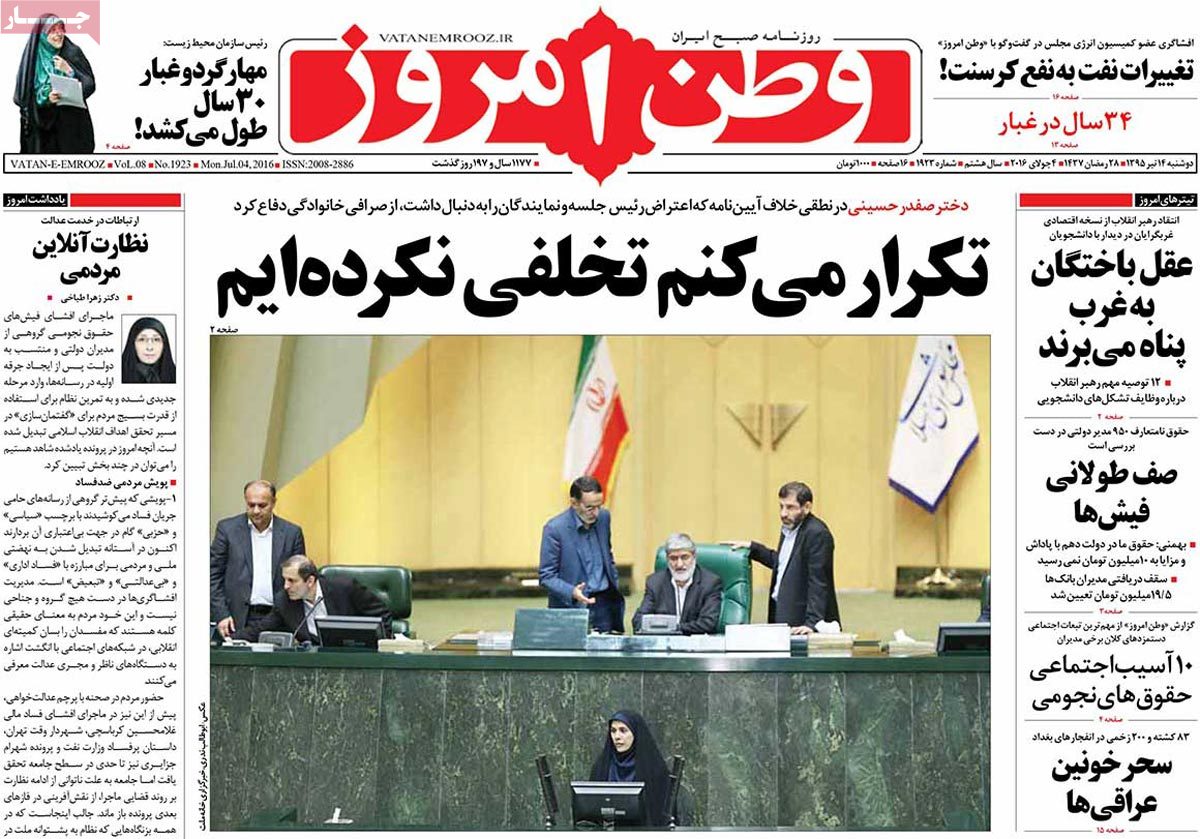