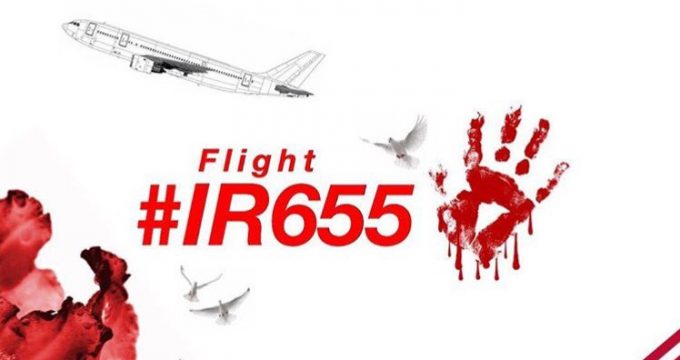 US attack on Iran passenger plane an example of state terrorism: MP

July 2, The Iran Project – An Iranian Member of Parliament says US shooting down of Iran passenger plane (Iran Air flight 655) is an example of the America’s state terrorism, stressing that Washington is a symbol of human rights abuses.

Speaking to a reporter on Saturady, Valiollah Nanva Kenari, a member of the National Security and Foreign Policy Commission of Majlis said US warship attack on Iranian passenger plane on July 3, 1988 was a clear violation of international rules and regulations.

Nanva Kenari stated that the heinous crime will be etched in memories forever, adding the US inhuman action revealed Washington’s unfounded claims of advocating human rights as well as its indifference to international regulations.

Unfortunately, US are now using human rights as a tool to put pressure on independent countries, but they are one of the largest human rights violators in the world, he also said.

Referring to the US as the biggest supporter of terrorist groups in the region, he said terrorism crisis in different countries, including Iraq, Syria, and Afghanistan, is surely taken from the US policies that use everything to protect their own interests.

On July 3, 1988, Iran Air Flight 655 was on a routine flight from Iran’s southern city of Bandar Abbas to Dubai when the US Navy’s missile cruiser USS Vincennes shot it down, killing all 290 passengers onboard, including 66 children and crew members.

US officials at the time claimed their naval officers had mistaken the Iranian civilian airliner for attacking Iranian F-14 Tomcat fighter; however, all technical documents and official reports were indicating that US forces were aware of the civilian nature of the flight.

Iran declared the tragedy an international crime, saying that even if the warship crew had mistaken the Airbus for an F-14, the incident was the result of the US Navy’s negligence and reckless behavior.

This year, Iran marks the 28th anniversary of US missile attack on Iran Air Flight 655.