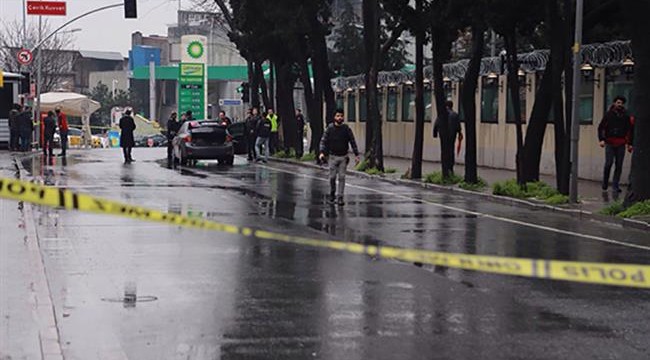 At least 36 people have been killed and 147 more injured in a gun and bomb attack in Istanbul’s Atatürk international airport.

Late on Tuesday night, three terrorists blew themselves up as security forces were trying to block their progress into the airport.

According to Turkish officials, police forces started firing at suspects when they tried to pass the international terminal’s entry, before the security check.

A few hours after the attack, Turkish Prime Minister Binali Yildirim announced that early signs suggested that the Daesh Takfiri terrorist group was behind the bombings.

“According to the most recent information, 36 people have lost their lives,” he added.

A senior official had earlier put the death toll at around 50.

All flights at the airport have been canceled until further notice.

Commenting on the incident, Turkish Justice Minister Bekir Bozdag said, “According to the information I was given, a terrorist at the international terminal entrance first opened fire with a Kalashnikov and then blew himself up.”

Following an emergency meeting with Yildirim and security and military officials, Turkish President Recep Tayyip Erdogan released a statement, calling on the intentional community to show a “decisive stance” against terrorism.

“It is clear that this attack is not aimed at achieving any result but only to create propaganda material against our country using simply the blood and pain of innocent people,” he said.

Iranian Foreign Minister Mohammad Javad Zarif also condemned that attack and called for global unity in the war against terrorism. “Terror rears its ugly head yet again in our friend & neighbor’s airport. Extremist violence is a global threat; we must confront it together,” he tweeted early on Wednesday.

British Foreign Secretary Philip Hammond also released a statement saying he was “shocked by the attack in Istanbul,” adding that “thoughts are with those affected. We stand ready to help.”

The attack was also condemned by UN Secretary General Ban Ki-moon, who also called for stepped-up cooperation in the battle against terrorism.

“The secretary-general hopes that the perpetrators of this crime will be identified and brought to justice,” read the statement released by Ban’s office.

The secretary general “stands firmly by Turkey as it confronts this threat and stresses the need to intensify regional and international efforts to combat terrorism and violent extremism,” Ban’s statement added.

On Monday, a US state department travel warning, originally published in March, was updated and urged US citizens to “exercise heightened vigilance and caution when visiting public access areas, especially those heavily frequented by tourists.”

Major Turkish cities have witnessed a series of bombing attacks since last July when the country launched a military campaign against militants of the outlawed Kurdistan Workers’ Party (PKK) in the southeastern border areas.

The Turkish military has also been conducting offensives against the positions of the group in northern Iraq.

The operations began in the wake of a deadly July 2015 bombing in the southern Turkish town of Suruc. More than 30 people died in the attack, which the Turkish government blamed on the Daesh Takfiri terrorist group.

After the bombing, the PKK militants, who accuse the government in Ankara of supporting Daesh, engaged in a series of attacks against Turkish police and security forces.