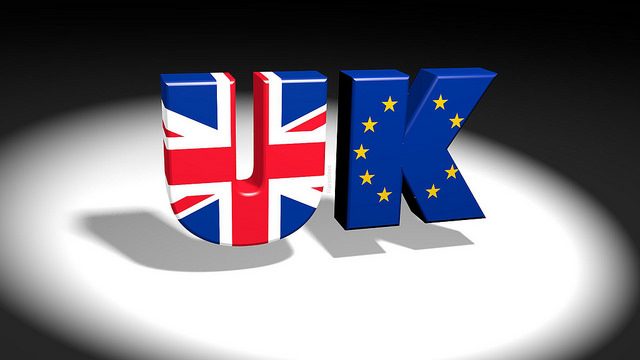 Brexit Britain – a monument to the country’s colonial past

“Forgive them father for they know not what they do.” Attributed to Jesus Christ as he lay dying on the cross, those words neatly describe the ramifications of the astonishing vote just taken to end Britain’s membership of the EU.

UKIP’s Nigel Farage, a politician whose entire political career has been built on the objective of effecting Britain’s exit from the EU, is today the man of the hour in British politics, even though just one week ago he unveiled a gratuitously racist poster in support of his Brexit campaign which in a civilized society would automatically have heralded the end of his career. Its unveiling came just prior to the murder or Labour MP Jo Cox by an avowed neo-fascist, which today puts the words uttered by Farage in response to the referendum result – that it was “achieved without a shot being fired” – into stark relief.

Brexit will go down in history as one of the most ugly, reactionary and regressive political campaigns ever conducted in an advanced and mature democracy. For strip away the embroidery this was a referendum on immigration and migrant workers, whom a large swathe of the white working class across England’s deindustrialized north have been persuaded are the source of their increasing alienation and inability to make ends meet. In conditions of severe economic depression, compounded by austerity, along with the free movement of people that is a condition of the single market, the archetypal perfect storm was in place, one that proved political manna from heaven for the right and extreme right of the British political spectrum.

Placing Brexit in a wider context, it is the UK manifestation of the resurgence of the far right that has and is taking place across Europe – in western Ukraine, Scandinavia, Holland, Hungary, France and Germany – such as we haven’t since the 1930s, when similar conditions of economic depression and austerity obtained. Ultra nationalism, even neo fascism, is the result, portending an alarming retreat into national particularisms, chauvinism, and in the last analysis the elevation of racism to mainstream prominence.

Meanwhile, back in the UK we now have a situation where the people of Scotland have voted for the future while the people of England have voted for the past. In response, as England prepares to sail back into the 19th century, a second referendum on Scottish independence has already been placed on the table by the leader of the SNP Nicola Sturgeon.

Unlike the first referendum on independence on Scotland in 2014, which was defeated, the stakes involved in the second will be even greater. For unlike in 2014 when the primary objective of its progressive wing was to break from the status quo of neoliberalism, the second will involve breaking from an even more grievous status quo of xenophobia and ugly British nationalism, erected as a monument to the country’s colonial past. Indeed, for a picture of what Brexit looks like in the raw just cast your eyes over to France and the thousands of drunken English football fans who are over there at Euro 2016, boorishly waving the Union Jack while serenading the locals with songs in tribute to British jingoism and martial might.

In the short term we can expect an economic shock as the markets deliver their verdict in the form of a sharp drop in the value of sterling, followed by a concomitant rise in UK interest rates and a rise in inflation. The three million British workers whose livelihoods depend on Britain’s membership of the single market will be feeling less than comfortable now, as indeed will tens of thousands of migrant workers across the UK who’ve been demonized, stigmatized and scapegoated over the course of these past few weeks and months.

This is not to say that the EU is anything other than a banker’s union tied to Washington’s coattails when it comes to foreign policy, specifically the implementation of economic sanctions against Russia and NATO expansion. But is anybody seriously suggesting that Britain, a country whose malign role in the world as a colonial and imperialist state predates the EU by around 400 years, will now suddenly morph into Russia or China or Iran or Venezuela’s best friend? On the contrary, watch now as the British establishment subordinates itself to Washington even more, as it places even more emphasis on its membership of NATO, in order to retain its seat at the imperialist table.

So, yes, the one ray of hope from all this is the very real prospect of an independent Scotland, perhaps followed or joined by a united Ireland, and the break up of the UK. Speaking personally, as someone who opposed Scottish independence in 2014, I am now unofficially one of its biggest supporters and advocates on the back of this referendum result.

Let them have their Union Jacks, their Buckingham Palace, their monuments and statues dripping in the blood of the millions of victims of a British Empire that was nothing more than a vast criminal enterprise. Yes, let them have all that and let Scotland join the rest of the world as a progressive, sovereign, and civilized country wherein its people are regarded as the end rather than the means to the end.

As the man said, “A reactionary is a man walking backwards with his face to the future.”

This article was written by John Wight for American Herald Tribune on June 25, 2016. John’s work appears regularly at RT, Counterpunch, the Morning Star, and he is a regular commentator on BBC Radio Scotland.