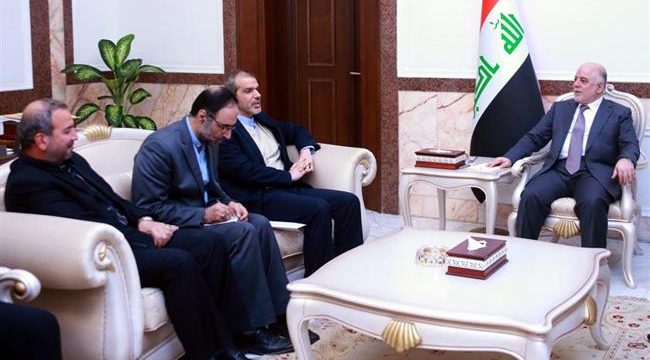 Iran to keep up support for Iraq in anti-terror fight: Envoy

A senior Iranian diplomat has hailed the Iraqi army’s latest gains on the battlefield against Daesh terrorists, saying Tehran will keep up support for the Arab nation in its anti-terror fight.

Ayatollah Khamenei has told a group of families of martyrs that Iraq and Levant were a prelude to paralyze Iran, while they were paralyzed by the Islamic Republic’s power.

President Hassan Rouhani on Saturday called for adopting measures by the government and private sector to help boost national production.

Iran ramps up efforts to receive more foreign investment in its energy sector by naming five domestic companies to work as partners with international majors, says a report.

A judiciary official says Nazanin Zaghari, held in Iran since April, was apprehended while leaving for London over her involvement in post-election riots that engulfed the country in 2009.

Khatam al-Anbia Air Defense Base commander has announced new plans on the agenda to bring changes and improvements into air defense in Persian Gulf and Sea of Oman.Brig. Gen. Farzad Esmaili told reporters on Sunday that deployment of defensive systems in 3700 parts of the country had been achieved and that no particular bottleneck existed in radar and missile fields.

IRGC to target terrorists’ positions wherever they are: Commander