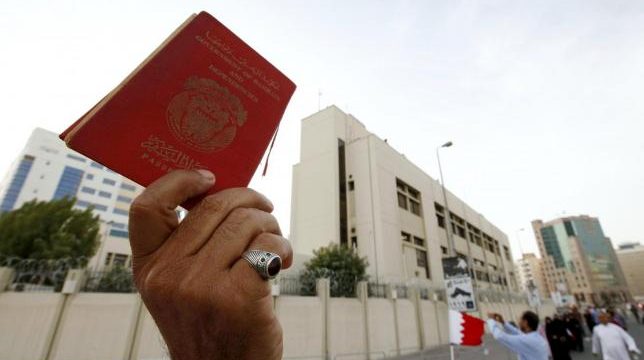 June 24, The Iran Project – Gen. Qasem Soleimani’s statement was the least one can do in response to the Al Khalifah regime decision to revoke the citizenship of prominent Shia cleric, Sheikh Isa Qassim.

In the wake of a recent move by Al Khalifah regime to strip Bahrain’s top Shia cleric of citizenship, Major General Qasem Soleimani, commander of IRGC’s Quds Force issued a statement on Monday, warning the criminal and dependent Al Khalifah regime over violating the most basic civil rights of the prominent Shia cleric, adding their unwise measure against a character who is a prominent symbol of the grand Shia clerical society will fuel the flames of Bahrain’s Islamic Revolution and formation of a sweeping uprising against the dependent and ruling regime of this country.

However, the statement is not just a threat to the Bahraini regime, but a sociological analysis of the consequences of their irrational action.

“It’s not right to think that Soleimani’s statement will make Al Khalifah regime or its allies more impudent to take action against Iran since firstly they have already been rude to us and secondly we should know that the only way to suppress a dictator regime is to threaten them, so the statement will definitely make them think, even if they release statements saying harsh words against Iran,” wrote an Iranian analyst.

If diplomatic means worked, we would not see Al Khalifah escalate anti-people measure and increasing rudeness against the Islamic Republic of Iran.

Opposing the IRGC commander’s measure, some argued that tolerance and restraint are in favor of the Shias in Iran and Bahrain and to the detriment of Al Khalifah and its supporters. In response, let’s refer to another speculation:

The Al Khalifah regime and its supporters have already done what they could do against the oppressed Shias, in other words, against the majority of their people and have achieved important results in crackdown on the people.

Assured of rightness of their oppressive policies, they have increasingly taken stricter policies in dealing with the country’s affairs and the people.

A new chapter of people’s reaction across the globe to the oppressive policies of Bahraini’s puppet government will remind that other options are also available to the oppressed Bahrainis.

In response to Al Khalifa’hs unwise decision, dozens of Bahrainis staged an anti-regime protest to express solidarity with prominent Shia cleric Sheikh Isa Qassim. The protesters spent the night in front of his house in a gesture of support. So, without Iran’s military forces and aircrafts, Bahrainis are also able to carry out a revolutionary uprising.

But, these warnings, i.e. the statements released by Iran’s foreign ministry and the IRGC commander, might be an alarm for the Al Khalifah regime and change the current situation of Bahrain which is entirely in favor of its oppressive regime.

It should be noted that the stance of Major General Qasem Soleimani, commander of IRGC’s Quds Force was a highly calculated move, in hope of deterring Bahraini rulers from taking more oppressive  actions.

The above text is a summary taken from Dr. Saadallah Zarei’s note.