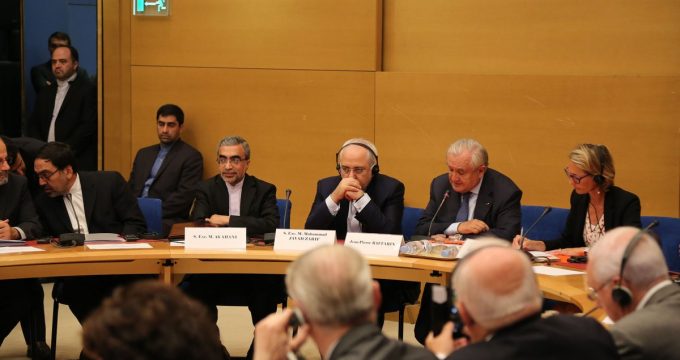 Iran’s Foreign Minister Mohammad Javad Zarif said on Wednesday he hoped that Tehran’s deal with U.S. planemaker Boeing (BA.N) would pave the way for finalizing another contract with its European rival Airbus (AIR.PA).

Boeing said on Tuesday it has signed an agreement to sell jetliners to IranAir.

The tentative agreement marks Boeing’s first sale of aircraft to Iran since the country’s Islamic Revolution in 1979.

The agreement helps the U.S. aerospace and defense company catch up with a $27 billion, 118-plane order Iran placed with Airbus in January.

Both deals are conditional on receiving export licenses from the U.S. Treasury due to significant U.S. technology in all modern jetliners, whether built by Boeing or Airbus.

“We thought to speed up our ties with Airbus, we should make a deal with Boeing first. Now we feel the situation is ripe for both,” said Foreign Minister Zarif in a meeting with the foreign affairs commission of the French Senate in Paris, according to Iran’s ILNA news agency.

An Iranian official told Reuters on Wednesday that the provisional deal between Iran and Boeing covers 109 aircraft, including Boeing’s 737, 777 and 747 models.