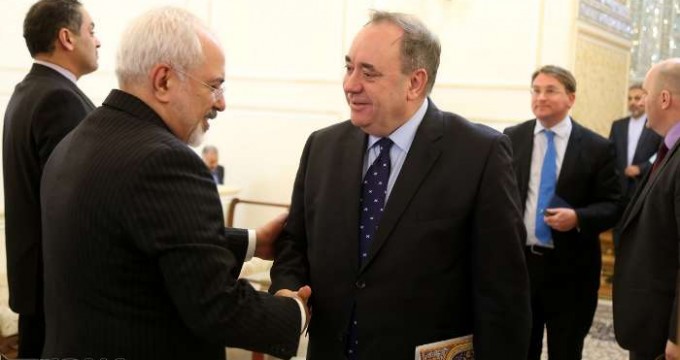 PARIS, Jun. 22 (MNA) – Iranian foreign minister in his first day of Paris trip met and discussed with President of the Senate of France Gérard Larcher on Wednesday.

Mohammad Javad Zarif, who began his third round of Euro trip to Paris on Tuesday, also participated in the Committee on Foreign Affairs, Defence and Armed Forces of the French Senate, following his meeting with Larcher.

He then attended a fast-breaking (Iftar) banquet in the residence of Iran’s ambassador to Paris where some French officials and representatives from 33 Islamic states were present.