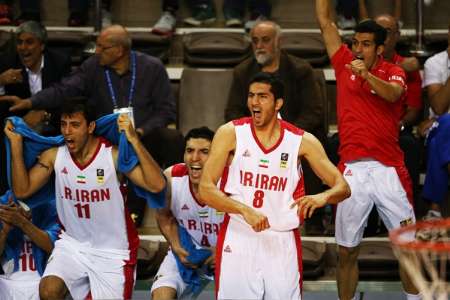 The national Iranian men’s basketball team has beaten Macedonia in the preliminary round of the 2016 International Basketball Challenge, also known as the 2016 Atlas Challenge, in China.

On Tuesday, the Macedonians started the match at the Suzhou Sports Center in Suzhou in energetic fashion and claimed the first quarter by 19 points to 18.

The Iranian sportsmen, however, managed to establish themselves as the game progressed and clinched the first half 44-31.

The Iranians maintained their lead over the Macedonian basketball players later on, and sealed an 80-75 victory at last.

The Iranian team will return to action on Wednesday evening as it takes aim at the United States in its second preliminary round showdown.

The 2016 International Basketball Challenge opened in Suzhou on June 14 and will run through June 19.

Dirk Bauermann’s men have been draw in Group B alongside the United States, Idaho Vandals, Lithuania and Macedonia.

The tournament is a warm-up exercise for Iran before the 2016 FIBA World Olympic Qualifying Tournament, which will be held between July 4 and July 9 at the multi-purpose Pala Alpitour indoor sports arena in Turin, Italy.