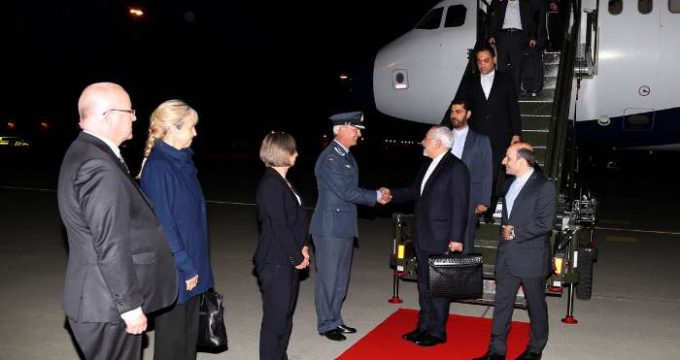 Iranian Foreign Minister Mohammad Javad Zarif has arrived in Norway’s capital, where he will open the Oslo Forum by a speech along with European Union foreign policy chief Federica Mogherini as well as his Norwegian counterpart,  Børge Brende.

“I will hold talks with my counterpart in Oslo on Monday in regard to the two countries’ cooperation in the fields of gas and environment,” the Iranian foreign minister told reporters upon his arrival.

On Tuesday, Zarif will address the forum, where he will give a speech about “settlement of regional conflicts.”

Early on Wednesday, he will talk to US Secretary of State John Kerry to “follow up on US commitment to JCPOA [Joint Comprehensive Plan of Action],” a seven-nation nuclear deal involving the United States.

Later that day, he will travel to Berlin to hold a meeting with his German counterpart, Frank-Walter Steinmeier.

According to its official website, the Oslo Forum “convenes senior conflict mediators, high level decision makers and key peace process actors in a series of informal and discreet retreats to share their experiences, identify challenges and reflect on mediation practice.”