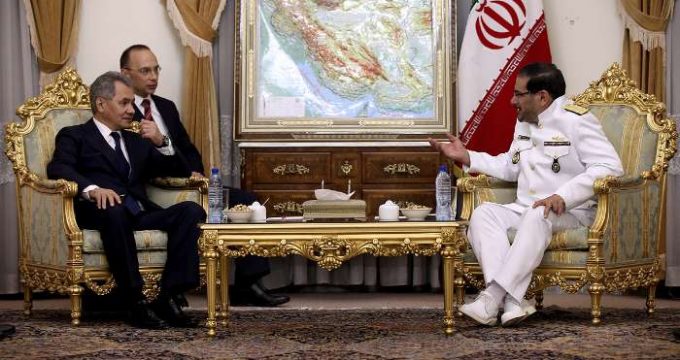 He made the comments in a meeting with Russian Defense Minister Sergey Kuzhugetovich Shoygu.

Continuation of support for the Syrian government and people is aimed at establishing stability and security in the country, Shamkhani said.

He noted that holding the trilateral meeting between Iranian, Russian and Syrian defense ministers shows the three countries’ indefectible commitment for full-scale fight against Takfiri terrorism and their supporters.

The official lauded the courageous policies of Russian President Vladimir Putin in launching an all-out fight against terrorism in Syria.