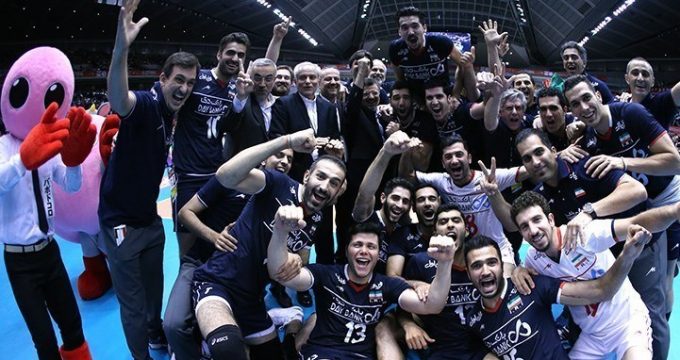 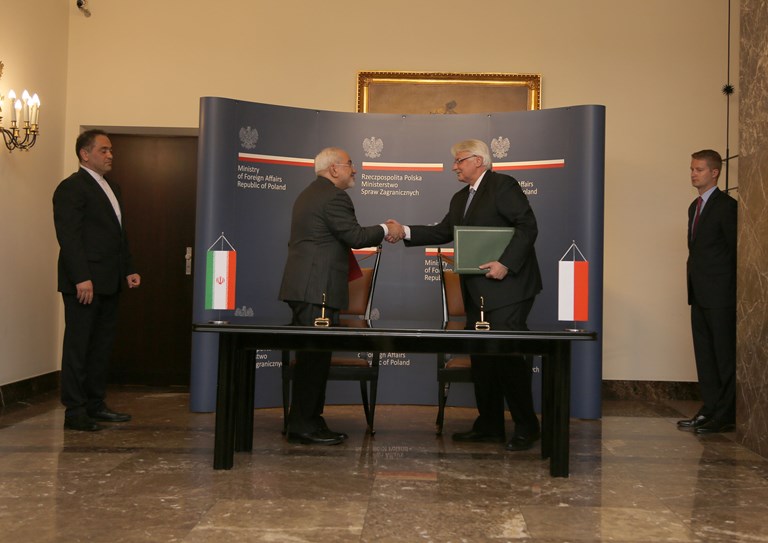 Iranian Foreign Minister Mohammad Javad Zarif, as part of his European tour, met with Polish officials in Warsaw on Monday. The Iranian national volleyball team on Tuesday lost in straight sets its third match at the Men’s World Olympic Qualification Tournament against France. Zobahan of Isfahan defeated Esteghalal in Iranian Hazfi cup’s final match to win the title. The team will be one of Iran’s representatives in the Asian Club Championship.

Iranian Foreign Minister Mohammad Javad Zarif on Monday attended a ceremony at Warsaw’s “monument of gratitude”, a memorial to the people of Iran for hosting a huge number of Polish refugees who had fled the Second World War more than 70 years ago.

Iran’s Javad Zarif who arrived in Finland earlier Tuesday, has met with country’s Speaker of the Parliament Maria Lohela.

President Hassan Rouhani arrived in Mahabad in West Azerbaijan, on Tuesday in his 28th visit to the country’s provinces. Upon arrival, he was welcomed by senior local officials.

Iran’s House of Cinema organized a ceremony on Tuesday evening to celebrate the global accolade of Asghar Farhadi’s ‘The Salesman’, honoring the acclaimed director and cast of the movie. Remains of 55 Iranian soldiers martyred in the Iraqi imposed war on Iran were delivered to the country’s authorities on Wednesday at Shalamcheh border crossing in the southwestern province of Khouzestan. Iranian volleyball team increased its chance of securing a place at the 2016 Summer Olympics in Rio de Janeiro after a last-gasp win over the Chinese team at the Men’s World Olympic Qualification Tournament.

Supreme Leader of the Islamic Revolution Ayatollah Seyed Ali Khamenei on Friday attended a ceremony at the mausoleum of Imam Khomeini to mark the 27th anniversary of his departure. Leading political figures and huge number of Iranian people converged on Friday at the mausoleum of Imam Khomeini (RA), south of Tehran, to renew allegiance to the ideals of the late founder of the Islamic Republic.

Iran achieved a historic feat as they earned their first-ever Olympic Games qualification after they handed Poland their first defeat in the tournament 3-1 (25-20, 25-18, 20-25, 34-32) at Tokyo Metropolitan Gymnasium on Saturday.