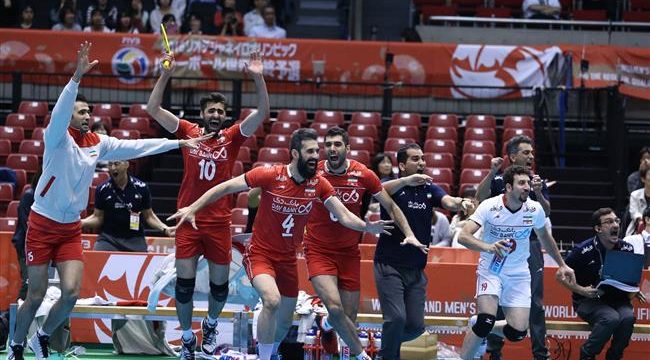 Iran’s national volleyball team has got one step closer to the 2016 Summer Olympics in Rio de Janeiro, Brazil, following a last-gasp win over the strong-minded Chinese team at the Men’s World Olympic Qualification Tournament.

The Iranian outfit exhibited another major hit at the world-class Tokyo Metropolitan Gymnasium in the Japanese capital on Thursday, and trounced China 3-2 (26-24, 22-25, 25-19, 17-25 and 18-16) in the fifth day of the international sports event.

The national Iranian men’s volleyball team is scheduled to face Poland on Saturday in its sixth match.

The Men’s World Olympic Qualification Tournament kicked off in Tokyo on May 28 and will run through June 5.