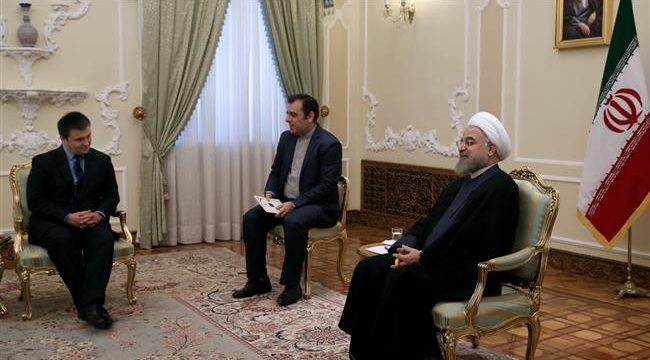 Tehran calls for cooperation with Kiev in field of energy

TEHRAN, May 29 (Shana) — President Hassan Rouhani on Sunday called for cooperation between Iran and Ukraine in fields of energy and transit.

He made the remarks in a meeting with Ukraine’s Foreign Minister Pavlo Klimkin.

Rouhani referred to Tehran and Kiev potentials for cooperation and said Iran and Ukraine ties have been always friendly.

Iran and Ukraine potentials in fields of energy and transit can be used for boost of regional cooperation particularly in the area of economy, President added.

He called for development of cooperation between the two countries’ private sectors in all areas including the banking, cultural, scientific, technological and tourism.

Kiev wants closer cooperation with Iran in all fields including economy, agriculture, tourism, culture, science and energy, the official said.