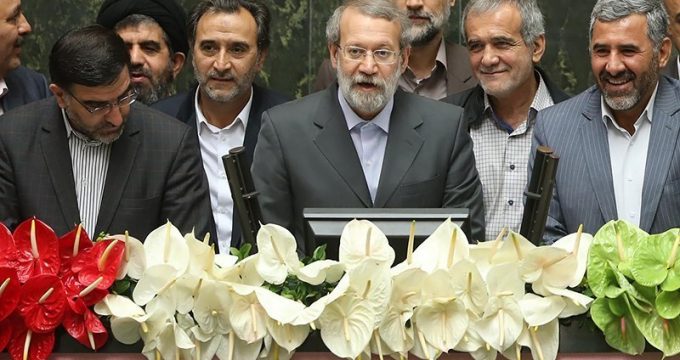 Tehran, May 29, IRNA – Majlis interim Speaker Ali Larijani described parliament as a stronghold to defend the rights of the nation.

Referring to the critical situation in the region, Larijani said that Majlis should safeguard the nation’s rights.

At his first address to Majlis session after being elected as interim speaker of the new Iranian parliament on Sunday, Larijani said Majlis has to make efforts to remove the economic problems in a scientifical way.

‘Iran is true scene of religious democracy,’ he said referring to February 26 Majlis elections in the country.

New round of Iranian parliament started work on Saturday. In Sunday’s session, Larijani was elected as the interim Speaker of Majlis with 173 votes in favor.