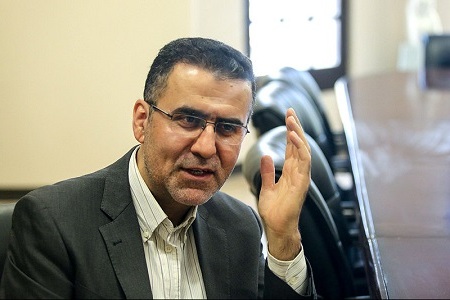 Official says “Salesman” needs no modification to premiere in Iran

TEHRAN — Cinema Organization of Iran (COI) Director Hojjatollah Ayyubi has said that Asghar Farhadi’s “The Salesman”, which won two awards at the 69th Cannes Film Festival on Sunday, needs no modification to gain cultural officials approval for an Iranian premiere.

Speaking at a press conference on Tuesday held after his arrival from Cannes at the Imam Khomeini Airport in Tehran, he added, “I saw the film and I liked it.”

However he said that COI’s Council of License Issuance for Production and Screening will decide about the film.

“If I was a member of the council, I would say no modification is needed for the film and would thank Mr. Farhadi, who has met all the requirements that an Iranian director must meet for making a film in Iran,” Ayyubi said.

“The Salesman” was this year’s only film to win two awards at Cannes. Shahab Hosseini received the Palme d’Or for best actor and Farhadi was presented with the best screenplay prize.

The film is about Emad (Hosseini) and Rana (Taraneh Alidusti) who move into a new flat in the center of Tehran. An incident linked to the previous tenant dramatically changes the young couple’s life.

In Iran, screenplays are regulated by the Council of License Issuance for Production and Screening in order to receive a production license. When complete, the final production must be reviewed by the council to obtain a screening license.