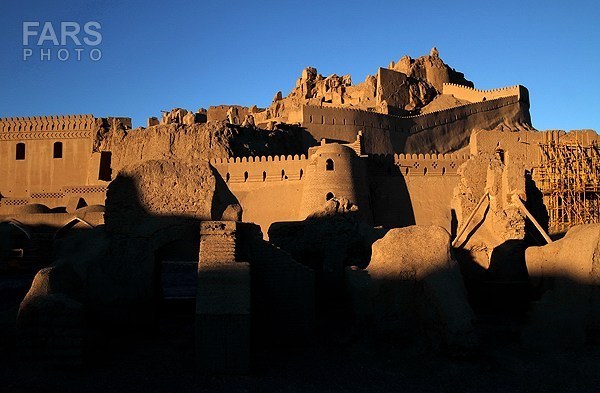 Bam Citadel to open to public after 13 years

KERMAN, May 25 (MNA) – The world’s largest adobe building has only recently been finding its past glory after reconstruction of its most beautiful part which is planned to be opened to interested public.

Built around 500 BC, Bam Citadel was hit by the earthquake which equally devastated City of Bam in the desert province of Kerman. The quake demolished 90 per cent of this invaluable architectural monument, but the revival attempts, having started almost immediately after the quake, addressed the rebuilding of the citadel through a combination of traditional and modern methods of reconstructing an ancient building. The initial efforts sought to restore the strength to the castle and save its historical identity and hue as well.

In the process of construction, different academicians and experts participated in a multinational workshop to erect the citadel anew; now, after so many years, the citadel is yet to find its past glory. The testimony to this is the flow of large groups of tourists on daily basis who come to Bam only to behold the gem of the orient. The estimations show that 99 per cent of the historical citadel has been restored to its former structure, with efforts still underway in other parts. 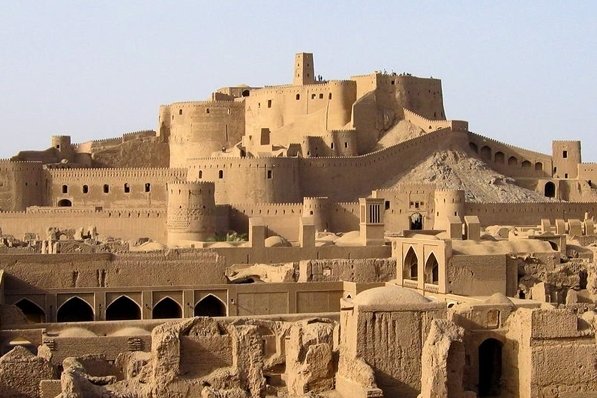 Afshin Ebrahimi, head of Bam International Heritage, an NGO to register the citadel in UNESCO World Heritage List, told Mehr News local correspondent on Wednesday that the restoration work would give the public access to seat and office of the Governor (hakim neshin) and the first porch of the Citadel. He was satisfied with the process of construction; “the reconstruction turned the Citadel to one of the largest architectural workshops ever to restore historical monument and the embodiment of a national solidarity and collaboration to restore a monument of a long-gone civilization,” he told Mehr News. “We predict to have swarm of tourists rushing to the Citadel by the opening of the seat of the Governor by next New Year’s Eve (21 March 2017); however, to see that future as a reality, we need much-required resources to invigorate the construction process and instill some hope to the body of the ancient giant building.”

“Seat of the Governor is the highest point in the Citadel where it gives breathtaking landscape and view to the city itself and the remaining part of the Citadel; the clearing of the rubble has been completed almost 99 per cent, with strengthening and bolstering of the building following; in the course of the restoration, research and technical work had been carried out regularly, since the rubble was the most valuable part of the Citadel where it gave the researchers rare historical information as to the origin of the rocks and the adobe incorporated into the building,” he detailed for Asma Mahmoudi, Mehr News local correspondent. Bam Governor Mr. Reza Ashk joins the conversation later with a depiction of Bam just after the quake which impinged upon the minds of the local people a painful experience of the death of the loved ones and a public morning of the devastation of the Citadel as well; “in 2003, the Citadel was demolished by the quake; this struck the people with grief and gloom, since the Citadel was a source of inspiration and symbolized the life in a city in the middle of the desert; now however, the perennial efforts are yielding and local people feel euphoric and excited about the view of the new restored building,” he told Mehr News. “The international welcome has been quite satisfactory and the city’s airport largely contributed to this influx of tourists, bringing in foreign tourists more than ever.”

“The news of the opening of the Citadel stole the headlines during the News Year’s holidays when for almost two weeks, the Citadel saw thousands of tourists coming and paying pilgrimage to this monument; the Citadel yet awaits world recognition through UNESCO World Heritage List,” Ashk concluded.

Mohammad Jahanshahi, another local official, deputy-head of local Cultural Heritage Organization also spoke to Mehr News on the topic; “according to figures, the Citadel topped the list of domestic and international tourist visits last year [2015]; after the quake, we had the historic record low in the number of incoming visitors, only alleviated by other provincial attractions such as Lout Desert, Meimand Village, and Rayen Citadel; the Citadel in Bam will restore the past boom in tourism with restoration efforts bringing good tidings,” he said.