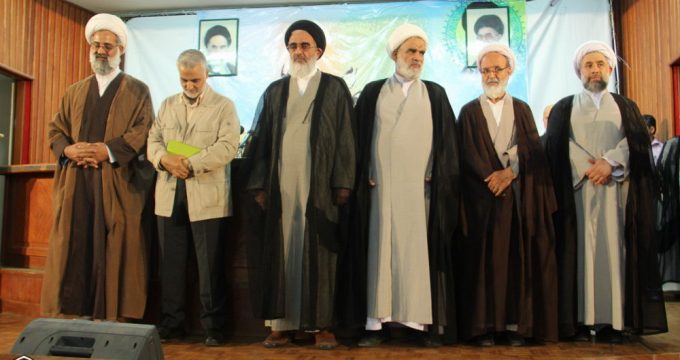 The Commander of the Quds Force of Iran’s Islamic Revolution Guards Corps (IRGC) Major General Qassem Soleimani says Daesh terrorists would have overrun Syria if it were not for Iran’s assistance.

“If the Islamic Republic did not help the Syrian government’s resistance, today Daesh would be ruling all over the country,” IRNA quoted Soleimani as saying during a speech in the holy city of Qom on Monday.

Soleimani also hailed the Iranian military advisers who had given their lives in the battle against terrorism in Syria. Earlier in the month, the IRGC announced that 13 of its advisers have been killed and 21 others wounded in the town of Khan Tuman, located in the southwest of the Syrian province of Aleppo.

He further stressed that by utilizing the enemy’s “logic and errors,” Iran has emerged victorious from the battle with all its enemies.

“Today the victor in the battle against the Takfiris is the Islamic Republic,” he said.

He added that the US has also been forced to abandon all its objectives in the region, and despite its endeavors, it has not been able to undermine Iran’s influence in the Middle East.

Syria has been gripped by foreign-backed militancy since March 2011. Damascus says Saudi Arabia, Turkey and Qatar are the main supporters of the militants fighting the government forces.

United Nations Special Envoy for Syria Staffan de Mistura estimates that over 400,000 people have been killed in the Syrian crisis.