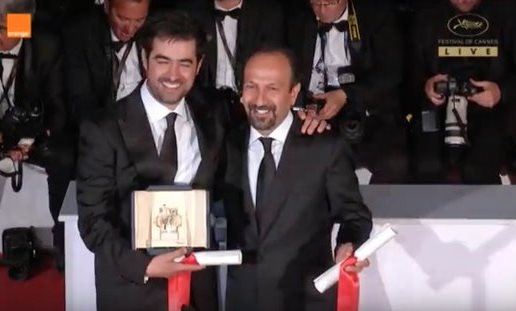 TEHRAN (Tasnim) – There is a high chance that Iranian star Shahab Hosseini will win this year’s Oscar for Best Actor after taking home the best actor award at the 69th edition of the Cannes film festival.

Hosseini won the best actor award at the Cannes film festival Sunday for his role as a husband shaken by an attack on his wife in “The Salesman” (titled Forushande in Persian).

Cinematographers believe that the Cannes’ award will improve his chances of winning the Oscar as well.

The 42-year-old won a Golden Globe in for his part in 2011’s “A Separation”, which was also directed by Iranian Oscar-winning director Asghar Farhadi.

“This prize belongs to my people and I give it to them with all my heart,” he said after receiving his award for best actor at Cannes. Farhadi also won the reward for the best screenplay at the film festival.

Farhadi’s the Past (Le Passé) had been nominated for a Palme d’Or in 2013.