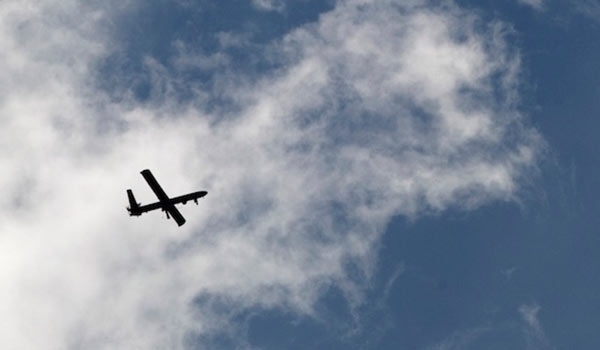 TEHRAN (FNA)- Iran on Monday unveiled a new Unmanned Aerial Vehicle (UAV) which can be used for reconnaissance and combat operations.

The drone named ‘Siraf’ has a flying range of 100km and was unveiled during Beit ul-Muqaddas 28 wargames underway in the Central province of Isfahan.

Siraf which is capable of taking images and real-time transfer of them has been built by students at the college of the Ground Force’s artillery training center in Isfahan.

He said that Felaq is equipped with automatic and stabilized Dushka weapon which is controlled by the crew inside.

Different infantry, mechanized and air force units are participating in the exercises.